Top 10 Religions in the World for Eight Billion People

Today, there are almost eight billion people in the world, and over 310,000 are born every day. As about 130,000 people die every day, this means that almost twice as many people are born as they pass. Find out in this article which languages people speak most commonly and the top 10 religions in the world.

Before we check the top 10 religions in the world, lets me represent you the most popular languages of humanity:

Top 10 Religions in the World 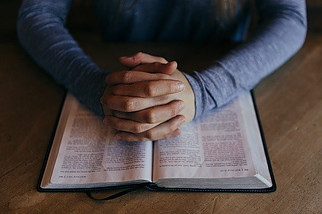 Finally, Let’s Look at the Differences Between Faith and Religion

It is essential to know this difference between faith, as an innate belief, and religion, as a learned affiliation. This also explains the difference between a (non) religious believer and a religious (non) believer. This statement may seem unusual, but it is very noticeable even with the slightest insight into the people around us. It is noticeable that there have always been those who are in the depths of their soul believers but did not necessarily belong to any formal religion. Likewise, there have always been, and especially today, those who belong to traditional religion but are formally (un) believers because they neither understand nor practice religious dogma. The modern age is particularly characteristic, especially in Europe, of the individual’s solid personal faith and the collective’s weak religious practice. It seems that with Muslims, the opposite is true. Especially lately, Muslims have strongly shown their collective affiliation with Islam, but they lack a proper understanding of the meaning of religion on an individual level. The reason is probably that the Muslim’ ulema’ did not sufficiently explain the difference between “faith” as a gift of God and “religion” as a human art. In essence, God’s gift of faith is equally available to all people. But this gift, like any other gift of God, can develop in various ways, even in the form of its antipode – delusions into faith. There is a fine line between pure faith and pure fantasy. It is maintained by common sense and is interrupted by a sick human mind to the detriment of pure faith and in favor of pure dogma or ideology.