Indigenous Religious Beliefs and Their Characteristics

Indigenous religious beliefs are our tradition – respect for the genus, the environment, and the elements that help us survive. The worship of the native gods watches over us and rules the world. It is a cultural model that allows us to live properly, are the words that sum up the essence of the old religion. To find the Old Believers today, we don’t have to look anywhere in the deep forest or in places where the old believers used to be shrines.

Old believers or native believers, once derogatory called pagans – all these are different names for people who accept a faith, fueled by pre-Christian tradition and is alive worldwide, where people revive, reconstruct or pre-practice their indigenous religion. The old religion took shape over the long centuries and millennia of our ancestors ’lives and is, therefore, a reflection of a particular people and environment.

According to Indigenous Religious Beliefs, Man Is a Part of Nature, Not a Master 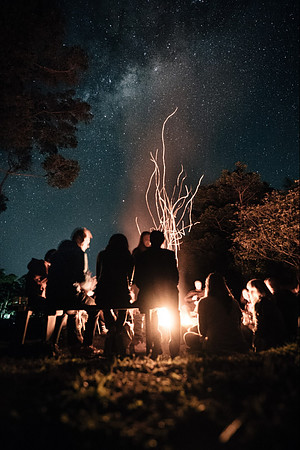 The indigenous religion is natural: spiritually, it tries to approach the natural cycle, and within it, a man tries to live as a part of nature and not as its master. “So we are natives whose views are in line with the traditional view of the world. This is, in short, reflected in the cyclical perception of time, the celebrations that most often overlap with annual ‘boundaries,’ such as the equinox and the solstice, and the personal belief that all nature is alive. That the old faith places great emphasis on cyclicality is also evidenced by the belief in reincarnation, since death does not mean the end for the old believer. They believe that the human soul is then reincarnated, either in animals or plants.

Gods and other mythical creatures in ancient religion are often shown in nature and its phenomena and through the primary natural elements, which are the essence of native worship. These elements are air, water, earth, and fire. One of the old faith’s central elements is the struggle between the heavenly and the underworld deity. This struggle is not exclusively a struggle between good and evil. Our ancestors did not conceive of nature in such a way but saw everything in everything; nature is an area of constant search for cosmic balance.

A Belief That Is Not Dogmatic

A member of the old religion is nationally affiliated but not closed to new ideas and insights. “The old, native religion is tied exclusively to our own lineage and the cultivation of the traditions of the environment in which we live. This religion is not dogmatic; it is not a book religion and has no written rules. It is tied to different locations where various rituals are practiced. The Old Believer is, in essence, one who honors nature, respects it and follows its ancestors, explores their past and understands its symbolism, and then transfers it all back to the time in which he lives.

Indigenous Religious Beliefs Are by No Means Dead

“The spiritual principle of the old faith today is respect for tradition. We know that throughout history, our ancestors had certain rites. They greeted the Sun at its most significant power. They lit bonfires and jumped over them, which is supposed to bring fertility and deepen mutual ties. Some rites were similar to what we still practice in related forms today. According to his philosophy and local peculiarities, meditation or prayer is left to each individual. The Old Believers are determined primarily by their thinking about the world and nature.

Despite today’s progress in society, ancient religion has not died, as religion is independent of science and technology. It is quite possible that old religions, like other religions, seem anachronistic to some today. Perhaps this is why faith has moved into a private sphere that is hardly talked about in public. It is precise because of the crisis time in which we live that people are hungry for contact with nature and are even more intensely searching for fundamental truths, such as those about the meaning of existence.