Why the title “Pagan Origins of Christmas Traditions“? The information in this post will open your eyes and change your perspective – perhaps even the beginning of a much closer relationship with the true Jesus Christ, beyond legends and traditions!

Each year we see the same decor: decorated Christmas trees, wreaths of holly or mistletoe, as well as multicolored lights. Sometimes we also see a small nursery with a small child who receives presents in abundance. However, nowadays, there is an escalation among many adults who go into debt to try to offer the latest fashionable gift to their children, family members, and friends.

Did Jesus want His disciples to do this? What is the connection between these traditions and the birth of Jesus Christ? Where do all these traditions come from? The answer might surprise you! 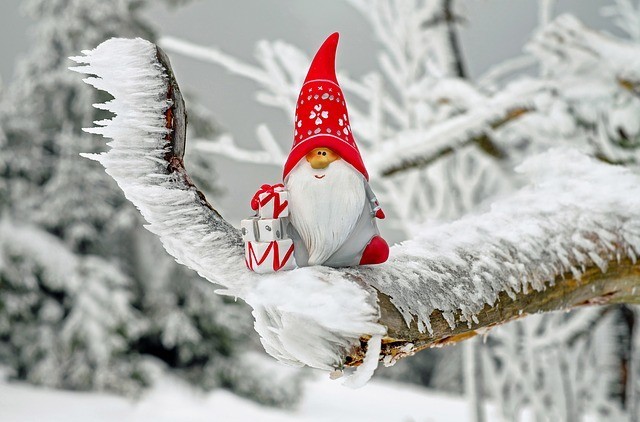 Christmas is one of the most popular holidays in the world and the focal point of the world’s largest religion.

In Europe, nearly 90% of French people plan to celebrate this holiday (Le Figaro, November 12, 2014). In Canada, Quebeckers spend more than $ 1.3 billion on gifts during the Christmas period (Metro, December 17, 2015). An American survey even reveals that 80% of “non-Christians” claim to observe Christmas in one way or another (Pew Forum, December 2013).

But what are all these people celebrating? Millions of them go into debt buying gifts to celebrate a Jesus who reminds us that we cannot serve God and Mammon (that is, money). These people imagine serving the Savior, who warns against covetousness, by participating in a shopping frenzy to collect gifts around the Christmas tree. Every month in December, millions of people wake up with food, drink more than reasonable, and party without restraint – all to celebrate the Lord who praised modesty and humility in the sermon on the mountain.

What about the religious aspect?

Almost all Protestant pastors and Catholic priests could talk to you about “semi-annual Christians” going to the Church twice a year, at Christmas and Easter.

Christmas is also an opportunity for believers to install a “nativity manger” and to remember the legends surrounding the birth of Christ. Instead of focusing on the latest fashionable items or seasonal promotions, they prefer to think of the little Jesus placed in a manger and the visit of the wise men bringing presents. Would these well-intentioned people be shocked to learn that not only does the Bible never mention this Christmas scene, but that it also brings back and proves a story very different from what they learned?

For various reasons, Christmas has become an important celebration for millions of people. It’s nice. It’s profitable. It’s a way of respecting traditions. But a fundamental question often remains unanswered: Is Christmas Christian or we can talk about the pagan origins of Christmas? 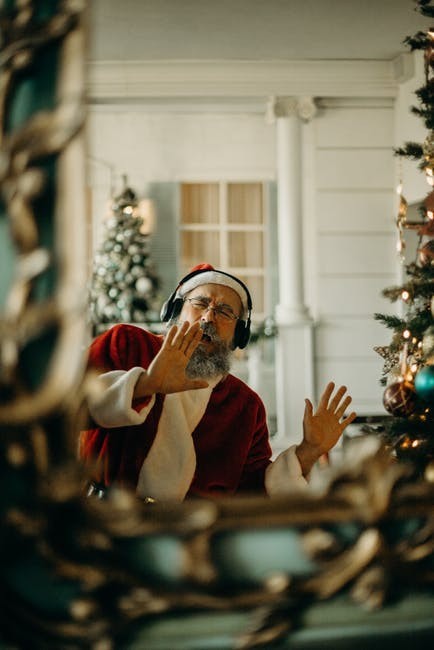 What is the origin of Christmas? Why do we talk about the pagan origins of Christmas traditions? Long before the birth of Jesus, the time around December 25 marked the celebration of a birthday! Christmas has origins prior to Christianity!

This time of the year marked a very important event in the old agrarian societies: the winter solstice. This marks the date from which the daytime (bright) part of the day stops decreasing and begins to lengthen again. The course of the sun rises a little more each day in the sky, announcing the return of spring and the rebirth of life, after the inert period of winter. Cultural anthropologists have written, “Throughout the world, for millennia, people have participated in religious rites during the winter solstice, when the sun’s course stops and seems to stop moving away from Earth. Every year, this change of state in the midst of the gloomy winter was considered the rebirth of the sun and it was celebrated as the day of the birth of the sun god, the divine child of light “(The Myth of the Goddess, Baring, and Cashford, page 561).

The declining sun and the shortening of days mark the arrival of winter and the fall in productivity in the fields.

The sun reaches its lowest point in the sky during the shortest day of the year. This is the winter solstice. Then, the course of the sun begins to rise, day after day, announcing the spring and the renewal. The winter solstice festival, in the middle of this season, was an important event in the sun-worshiping cultures and all related mythology. Great celebrations were organized.

The fact of pagan origins of Christmas traditions is not controversial. – the greatest encyclopedias attest to this. Note what the Britannica encyclopedia says about it:

The observance [of Christmas] as the birthday of the Lord is tied to secular customs often inspired by pagan sources; indeed, Christmas and Epiphany, which falls 12 days later on January 6, are modified pagan celebrations of the winter solstice, so the close ties of their origins cannot be treated separately.

*** December 25 Was the Date of a Pagan Festival in Rome

“On December 25 in Rome: it was the date of a pagan festival in Rome, chosen in 274 AD, by Emperor Aurelian as the birth anniversary of the undefeated sun (natalis solis invicti), which at the winter solstice begins to show again an increase in light. Sometime before 336 AD, the Church in Rome established on the same date the commemoration of the birthday of Christ, the sun of justice.

“The traditional customs associated with Christmas have many origins, due to the coincidence [of dates] between the Nativity of Christ festival and the pagan celebrations of agriculture and the sun in the middle of winter. In the Roman world, the Saturnalia (17-24 December) was a time of tumultuous rejoicing and exchange of gifts […] However, although the Christmas festivities were indirectly influenced by these customs, the fact that Christmas was celebrated the day of the birthday of the undefeated sun gave the season a solar context, in connection with the calends of January (1 January) – the Roman New Year, when the houses were decorated with greenery and lights, and that gifts were offered to children and the poor. To these celebrations of the solstice were added the German-Celtic rites of the Yule when Teutonic tribes entered and settled in Gaul, Great Britain, and Celtic Europe. The Yule era brought its own festive traditions and mortuary customs, mixing them with the Roman rites of the solstice and those of the New Year’s transition […] The firs, symbols of survival, have long been associated with the festivities Christmas, apparently, since the 8th century when St. Boniface completed the Christianization of Germany and that he dedicated the fir tree to the Holy Child to replace the sacred oak of Odin “(” Christmas “, volume 5, edition 1970, page 704).

A Previous Edition of the Britannica Encyclopedia Also Mentions:

“The precise origin of the December 25 attribution as the date of Jesus’ birth is unclear. The New Testament gives no indication in this regard. December 25 was identified as the birth date of Jesus for the first time by Sextus Julius Africanus in 221, before becoming the universally accepted date. A widespread explanation of the origin of this date is that on December 25 was the Christianization of the invincible dies Solis (“the day of the birth of the undefeated sun”), a popular festival in the Roman Empire that celebrated the solstice of winter as a symbol of the resurrection of the sun, the setting aside of winter, and the announcement of the rebirth of spring and summer. Indeed, after December 25 began to become widely accepted as the birth date of Jesus, Christian writers frequently made the link between the rebirth of the sun and the birth of the Son. One of the difficulties with this point of view is that it implies a nonchalant will on the part of the Christian Church to appropriate a pagan festival, whereas the original Church was extremely careful to stand out categorically from pagan beliefs and practices.

“Christmas was not one of the first festivals of the Church […] Christmas customs date back to a time long before the Christian period – they come from seasonal, pagan, religious and national practices, surrounded by legends and traditions.

“In southern Europe, in Egypt and Persia, the sun gods were worshiped during elaborate ceremonies during the winter solstice season as an ideal time to pay tribute to the god of plenty. sympathetic, while the Saturnalia was celebrated for a week in Rome. In the northern territories, mid-December was a critical time, as the days became shorter and shorter, as the sun weakened and drifted away. That is why these ancient peoples celebrated feasts at the same time as the current observance of Christmas … Thus, the central idea of the winter solstice – the return of light – became the hope of the world in the birth of Christ, the light of the world […] When the fathers of the Church decided in 440 AD to a date to celebrate the event [of the birth of Christ], they cleverly chose the winter solstice day that was firmly anchored in people’s minds and was their most important holiday. Following adjustments in human calendars, the time of the solstice and the date of Christmas vary from a few days “(” Christmas “, volume 5, edition 1959, pages 642-643).

Have you read it carefully? In 440 AD, the so-called Christian authorities simply turned an ancient pagan practice into adoration of Christ – thinking that they would thus “Christianize” what the Gentiles were already observing! But have they “Christianized” pagan practices or “paganized” Christianity?