5 Core Beliefs of Sikhism and Their Practice

Sikhism is one of the younger religions of South Asia, and let me stress at the outset that it exists 5 core beliefs of Sikhism, which I will describe below. Sikhism was founded by Guru Nanak (1469-1539) in the early 16th century in the Punjab area of northern India, now shared by India and Pakistan. It arose mainly as resistance to Hinduism. His principles are very different from Hindu ones. The teachings of Guru Nanak were later, in about 200 years, developed by nine successive gurus. In 1699 Sikhism, under the leadership of the tenth guru, Gobind Singh, was fully formed as an independent religion. 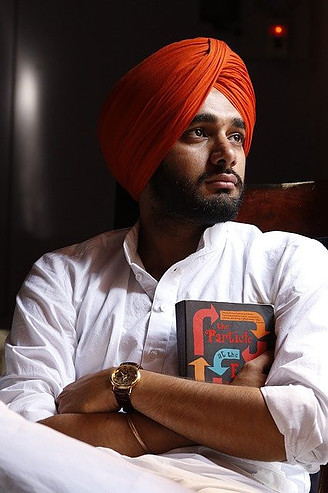 Sikhs, like Hindus, believe in reincarnation and karma, and here the similarities between them end. Sikhism is a strictly monotheistic religion. In addition, the Sikhs believe that God has no form and that there is neither male nor female. They believe that God is actually unknowable and that He is present in nature and in all living things, so prayer and universal love are the only ways to get closer to God. Sikhs try to observe three duties: never forget God, live honestly and ethically, and share things with others. Guru Nanak, the founder of Sikhism, rejected the Hindu caste system. The Sikh religion is based on equality between people and between men and women. In addition to worshiping God, the most crucial task of Sikhs is proper behavior in life. They emphasize positive contributions to society and selfless devotion to others, and the act of charity is, so to speak, commanded in this religion. Selflessness and transcending the ego are integral parts of Sikhism and are considered the only way to merge with God. Therefore, Sikhs perform a form of meditation called Mukti.

Sikhs reject “empty” rituals and superstitions, but their religion has many holidays and traditions. The most important holidays in the Sikh calendar are Diwali (celebrated by both Sikhs and Hindus and Jains), Vaisakhi (Sikh New Year), Hola Mahala, and Gurpurbi, with which they honor the memory of the life of gurus.

Sikh baptism is performed at an age when a person is already well aware of the world around him. Amrit Zanskar or Amrit ceremony is a crucial ritual by which one truly accepts the Sikh faith. On this occasion, Sikh men take five Ks for themselves (these are symbolic things that all begin with the letter K) and thus become recognized members of the Sikh religious community. These things are Kesh, long hair, tucked under a turban (Sikh men and women are not allowed to cut hair). Kanga, a small wooden comb that symbolizes care for the body and cleanliness; Kara, a simple steel bracelet, symbolizes God’s eternal nature; Kačera, cotton shorts symbolize immaculateness; and the Kirpan, a ritual steel sword that symbolizes the Sikh’s duty to defend the faith. The Five Ks mark the Sikh as a true member of the community of “military saints” (Khalsa Panth) conceived and introduced in 1699 by the tenth guru, Gobind Singh.

The Nanakshahi calendar, developed by the Canadian Sikh and officially introduced in 2003, is a very new component of the Sikh religion and an essential step in asserting Sikh independence from Hinduism. The calendar is sunny; the counting starts from the year of Guru Nanak’s birth. Today there are 20 million Sikhs globally, and according to the number of members, Sikhism ranks fifth in the world. The separatist movement, which advocates for an independent Sikh state in Punjab, enjoys strong support from Sikhs in Britain and North America.