Some Interesting Facts About Judaism

This time I will deal with some interesting facts about Judaism. But let me tell you first a few words about the religion of Judaism in general.

Religious Jews believe that Judaism is an expression of the covenant relationship that God has established with the children of Israel. Judaism is not only one of the oldest religions in the world – but it is also the one that has left its mark on history. Immerse yourself in the depths of the Jewish heritage by learning its principles, origins, and practice with interesting facts about Judaism. 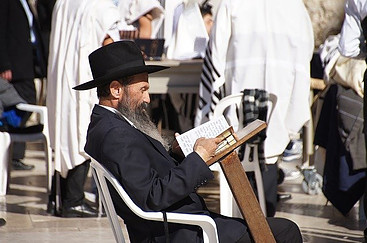 1. With 14.5 to 17.4 million members worldwide. Judaism is the tenth-largest religion in the world.

2. The history of Judaism spans more than 3,000 years. Judaism has its roots as a structured religion from the Middle East from the Bronze Age

3. Judaism preaches faith in one incorporeal and only spiritual God, the father of all people. [3] This God represents the totality of moral perfection and demands love and justice from people. The name of this God is Yahweh (or Jehovah), and for the sake of holiness, it is not allowed to be pronounced.

4. The founder of the Jewish religion is Moses (Hebrew: Moshe, around 1225 BC). Practically the only source for learning about Moses’ life, work, and teachings is the Bible, the Old Testament. Moses was a Jewish leader and legislator who freed the Jews from Egyptian slavery and gave them two tablets on Mount Sinai – the laws that became the basis of the Jewish religion.

5. Maimonides was a Jewish philosopher and scientist who lived in the 12th century. Although born in Spain, he lived and died in Egypt, and his men later buried him in neighboring Israel. He conducted many studies on astronomy and medicine, but his most outstanding achievement was 13 principles of faith. These principles arose from his study of the Jewish oral tradition, beginning before the Romans. Although other scholars have criticized the principles over the centuries, they are still the most famous formulation of the core teachings of the Jewish faith today.

6. Circumcision is a surgical procedure in which the doctor removes the foreskin of the male sexual organ. This tradition is one of the oldest in the Jewish faith, dating back to ancient times. Scholars claim that the reason for the tradition is to mark every Jew except other men at the most basic level. Other scholars claim that even at that time, the medical benefits of circumcision were already known and that the early Jews incorporated it into their tradition.

7. The Torah is the foundation of all Jewish sacred texts. Every other sacred text is built on what the Torah teaches. However, the Torah is not one book. In fact, Christianity called it the Pentateuch. In Latin, it means five books, which is the first five books of the Christian and Hebrew Bible. These are Genesis, Exodus, Leviticus, Numbers, and Deuteronomy.

8. Judaism is considered one of the oldest monotheistic religions

9. One of the most important facts of Judaism is that it is not just a religion. Judaism is a culture, a political force, and even an ethnic group. Jews are their own people with a distinct ethnic identity. Unlike other religions, they use their script and language for secular and religious purposes. Christianity and Islam are multiethnic religions, but they lack a language or script like Aramaic for Jews. Christianity borrowed Latin from the Romans, and Islam borrowed Arabic from the Arabs. In the political sense, Judaism is tied to the history of the Jewish people and the constant desire for their own country. This fact goes back to ancient times, with the kingdoms of Israel and Judah and the modern nation of Israel.

10. Usually, Orthodoxy and conservatism go hand in hand. However, this is not the case when it comes to Judaism. Orthodox Judaism firmly holds that written teachings and oral traditions originate from God and must remain unchanged over time. In contrast, conservative Judaism holds that, although written teaching and oral tradition have a divine origin, their interpretation depends on the rabbi and may reflect current circumstances.

13. In Aramaic, daily Jewish prayers are called Shacharit, Mincha, and Ma’ariv, or morning, afternoon, and evening prayers. The Jewish tradition usually includes group prayers, but individuals are allowed to pray alone if they wish.

14. One of them is a statue, a head cap worn while praying, eating, or studying. It is also not unknown that some Jews always wear them. Another example of religious clothing is tallit, a prayer shawl worn during prayer services. Tallits also has a distinctive design called tzitzit, knotted tassels or tassels on each corner of the scarf.

15. According to the Old Testament, God created the world in 6 days and rested on the 7th day. Therefore, Christians and Jews believe that people should follow his example and adhere to the seventh day’s rest. However, Jews often call it the Hebrew term Sabbath.

16. Judaism’s three main events (holidays) are Passover, Pentecost, and Tabernacle. All of these religious practices have to do with Jewish history. The Passover celebrates the departure of the Jews from Egypt and the deliverance from slavery. Meanwhile, the Spirits mark the celebration of God’s teaching on Mount Sinai. Finally, the Tent celebrates its 40 years of wandering in the desert before finally arriving in the Promised Land.