The Genesis Book – the Book of Origins

The Bible is a set of 66 books. The first of the Bible is named: Genesis. Genesis Book is one of the most interesting books of the Old Testament; it is filled with stories of characters and unforgettable events. It is important to know this book because the rest of the Bible often refers to it. Genesis answers so many crucial questions that cross the human mind. What to know about the Book of Genesis? What are the great truths in this book? 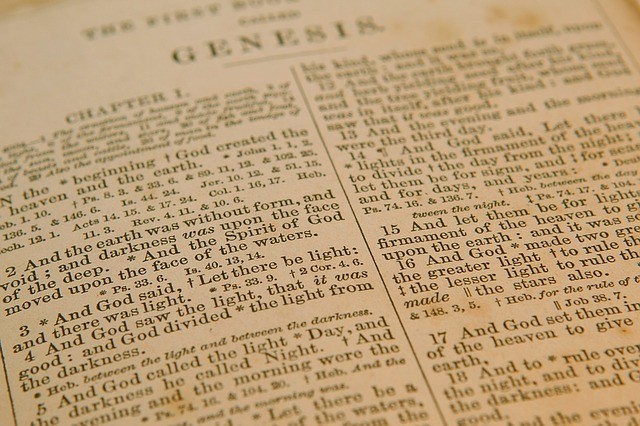 Presentation of the Genesis Book

The first book of the Bible, part of the category of books that form the Pentateuch – written by the prophet Moses between about -1450 and – 1407, the Genesis book is composed of 50 chapters.

The first 11 chapters describe the creation and beginnings of life on earth. They tell the origins of human society, including the well-known stories of Adam and Eve, Cain and Abel, Noah’s ark, and the Tower of Babel. Here, words have a deep meaning even when they are few. This is why you must read slowly, in a spirit of meditation, because what happens in one line can announce events that will occur in centuries to come. For example, the sin of Adam and Eve, because it was the first sin, became the symbol of disobedience to God.

In chapter 12, Genesis tells us another story – that of a family. This story gradually reveals the personality of Abraham, Isaac, Jacob, and Joseph. Indeed, these fathers and sons have many weaknesses and flaws.

Do these character traits exist in people you know? Seeing their full human personality, try to understand what God’s plans were for them as an individual and, through them, his plans for the restoration of the whole of humanity denatured by sin.

The Genesis Book – the Book of Origins

1. The Origin and Creation of the World 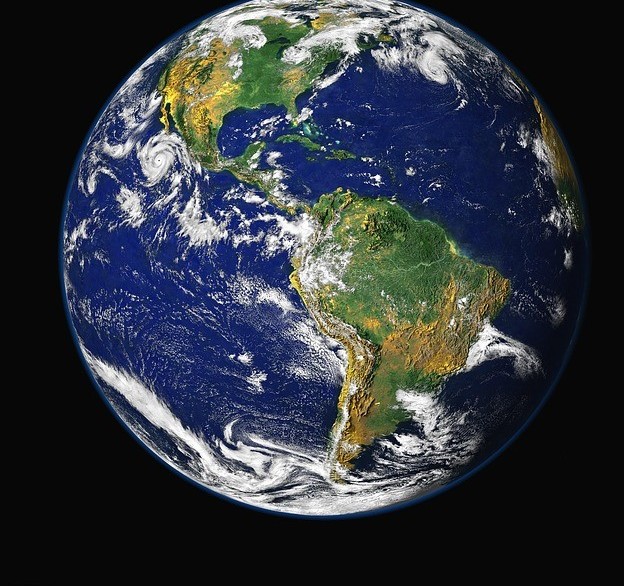 But the teaching the Bible gives us about it is different. Indeed, it teaches us that there was a time when the world did not exist. Only God existed. The God of the Bible is not an absolute force or stranger, but he is a person. He has the knowledge, and He thinks; he has emotions; he is love. This God has decided to reveal himself by creating the world. And this decision marks the beginning of the existence of the world.

According to the Book of Genesis, the world is not a coincidence; a being, a person created the world, and God – therefore, the universe had a beginning, a starting. About the Beginning of which the Bible speaks, some scientists so pronounce facts that preach in favor of a beginning as indicated in the book of Genesis:

The Genesis book only mentions the creation of the world, but it also qualifies this creation of God as marvelous.

In the beginning, when God created the world, all good. As you read the first chapter of Genesis, notice how many times its author repeats the little phrase, “God saw that it was good.” Proof that everything God created was not only sinless but worked perfectly. Indeed, there were no storms or famines. God’s world was perfect and safe from degradation. Through the story of Creation, the book of Genesis gives us a glimpse of the nature of the Creator of the Universe.

The Book of Genesis and the Nature of God

The first chapter of the Genesis book goes beyond the story of creation. The name of God is mentioned thirty times. Thus, we can conclude that this chapter tells us not only about the world’s origin but also reveals God’s nature. He shows us that God is Almighty and that He created all things by His word. No human being, no matter how powerful, has ever made such a demonstration of power. Moreover, this chapter tells us that God is perfect. His works are perfect.

He also shows us how God plans and organizes himself. We see how creation unfolds gradually and meticulously, in addition to each day’s more complex creative acts.

Above all, this first chapter of Genesis tells us that God is not a distant and untouchable force but a person. He thinks, plans, loves, and watches over his creation.

What is a human being? Who are we? We have been asking this question since the beginning of humanity, and the answers given by the various religions and sciences in the world are very different.

Is a Man a Simple Animal? 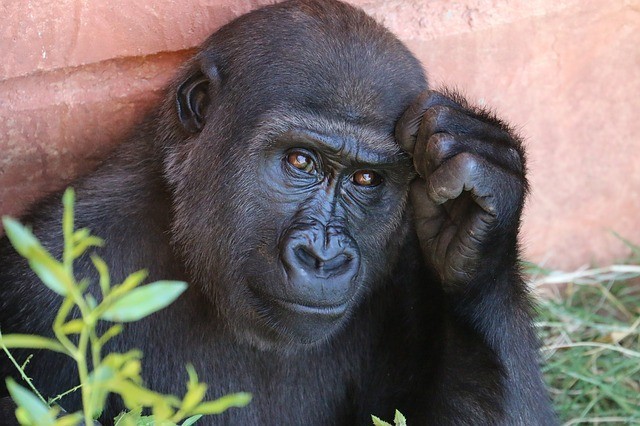 Some people think that we are nothing but animals – highly developed animals. We do not have a soul or spirit that continues to live after death. This belief is not popular, but it has begun to emerge since the advent of modern science.

This modern science, commonly called Evolution, denies the existence of a God, the creator of all things. She teaches that everything results from an evolution that has occurred year after year. First, small forms of life have developed; then they took more complex forms; and finally, man has developed, the most advanced animal on earth.

However, the majority of people believe that man is superior to animals. She believes that the human being is, first of all, a spirit and that it continues to live after the death of the body. Hinduism teaches that the human mind is entirely part of the great universal spirit or god. Thus, life is a nearly endless cycle of births and deaths. Karma, this irrevocable law, wants our condition in the present life to be the result of good or evil practiced in our previous life.

Created in the Image of God

Contrary to this belief, the Bible teaches that man is a creature quite unique among the creatures of God. Formed by dust, we become alive through the breath of life that God breathed in us (see Genesis 2: 7) – we are the only beings created in the image and likeness of God. Indeed, we can be God’s friends, speak to him, and communicate with him as one man with another. After creating all the wonderful things in the world, God crowned His work with the most extraordinary act of creation, namely the creation of man and woman, to whom He entrusted all His creation (see Genesis 1:26-31).

So, above all, the Genesis book declares: God created man. As indicated by Darwin’s theory of evolution, formation, creation, and human life are not the results of chance.

While this theory seems to be ‘chance’ the cause, the person in charge of everything, from the primitive source to the man, or by personifying ‘chance’ as if it was a causal agent, even by equating ‘chance’ with the Creator; but is it really rational to attribute life to chance? Above all, Genesis declares: God created man. Man is a creature, and God is his Creator.

The Birth of Sin in Humanity 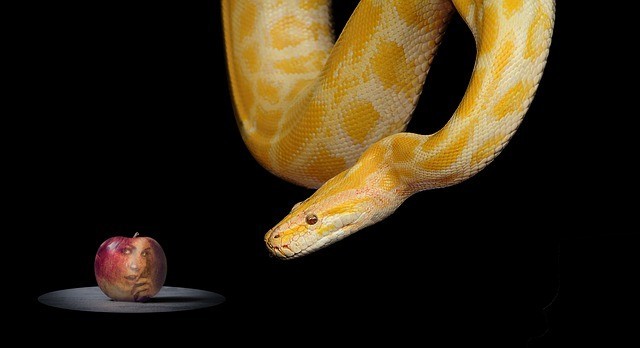 There is enough speculation about the entry of sin into humanity. Some think that from the beginning, man was created flawed and sinful. Others admit that it is a sin of Adam and Eve that sin entered humanity. But among this group of people, a number say that the fruit mentioned in the Bible is: sex. This kind of person goes so far as to say that the devil slept with Adam to bring sin to humanity. But what does the Genesis book tell us about the entry of sin into humanity?

Adam and Eve were the first two human creatures. God placed them in the Garden of Eden (Genesis 2: 7-9) and gave them a forbidden – not to eat the fruit of the tree of the knowledge of good and evil (Genesis 2: 15-17).

The rest of the story tells us that Eve, deceived by the serpent (which the devil had used), ate the forbidden tree’s fruit and gave it to her husband Adam, who also ate it (Genesis 3: 1-6). This was the first human sin, the disobedience of Adam and Eve. This is the story of the exact version of the book of Genesis concerning the birth of sin in mankind.

The Beginning of Salvation

After the sin of Adam and Eve, God had an encounter with Adam and Eve in which He informed them not only of the consequences of their sin (Genesis 3: 16-19) but also, in a prophetic spirit, He promised them to redeem the fallen human race (Genesis 3:15). Hence: the beginning of the plan of redemption of the human race.

It is for this reason that you must understand in what spirit God chooses Abraham. God undertook the rebuilding beginning with the patriarch Abraham (Genesis 12: 1-3).

The Beginning of Judgment

Through the story of the flood and the destruction of Sodom and Gomorrah, the book of Genesis gives us a glimpse of the judgment of God. Sooner or later, God will exercise judgment on all humanity (Psalms 75: 3). The judgment of God will intervene to restore the human race and the whole creation – it will be the end of the world and of sin.

The Beginning of the plurality of Languages

Chapter 11 (verses 1-9) of the Genesis book tells us how we arrived at the plurality of languages. The Bible tells us that it is the fact that God is confused about the human language and that it has generated several human languages.

The Birth of the People of Israel

In his plan for the redemption of the fallen human race, God began rebuilding Abraham. And from Abraham, God will choose a people, a nation, to bring salvation to humanity. To this nation, God will present the way to humanity; he will reveal His religion which will be established in two phases [under a first covenant, Judaism – and under the new covenant, Christianity].

But why, among so many people, is the Jewish people God chose? Why not other people? Even if it happens that the Bible addresses this question, it gives an answer like: ” I have mercy on whom I have mercy” (Exodus 33:19). God reserves the right to choose whatever He wants. However, the book of Exodus is clear on a fact: it is not because they were brave, imposing, or even faithful. It was only by the grace of God that no one could boast of it.

The Genesis book speaks of many beginnings, for example, the case of the beginning of human marriage (see Genesis 2: 18-25). But in this article, we have tried to touch on a few relevant topics in our humble opinion. Nevertheless, it is important to remember that the Book of Genesis is indeed the book of origins because this book tells the first facts about humanity.

Genesis is the foundation of all other books in the Bible, for you will find the story of who we are, the meaning of sin and salvation, and how God will redeem the world of judgment.