Here, we will talk about the basic teachings of Hinduism, its origin & history. But let me say first that Hinduism does not refer exclusively to religion. The term “Hindu” was just the geographical identity of the people who lived on the banks of the Indus River in present-day Pakistan. The term used to denote the religion and philosophy of this people is Sanatana Dharma, although today, these two terms are equated.

In Short on Basic Teachings of Hinduism 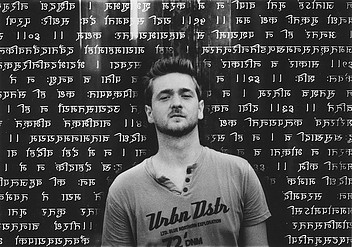 Hinduism does not have its founder and prophets. It originated as a mixture of different teachings. It is characterized by a multitude of deities who have different characters and roles. Hinduism is well known for its teachings on reincarnation.

Hinduism is complex and has a large number of teachings and directions. Buddhism, Sikhism, and Jainism can be seen as branches of Hinduism that have moved away from its essential teachings.

More on Basic Teachings of Hinduism

Hinduism is primarily divided into two branches: Astika Hinduism and Nastika Hinduism. These are the terms by which modern scholars classify philosophy, that is, teachings in Hinduism.

Those who belong to the first branch (astika) accept the Vedas as the supreme authority and consider them as texts created by God’s revelation. They also believe that there is an atman (inner, true self) and a brahman (universal and supreme consciousness), although depending on the school of this branch, it may be some other form of supreme deity or concept. This category is further divided into six large schools (ṣaḍ-darśana):
– Nyaya
– Vaisheshika
– Samkhya,
– Yoga
– Mīmāṃsā
– Vedanta

In essence, this is an orthodox branch of Hinduism.

In contrast, those who are part of the Nastika branch reject the authority of the Vedas. They do not believe in the existence of Brahmanas. There are several schools of this branch, such as the Charvaka, which has an atheistic and materialistic worldview, or the Ajnana, which represents the agnostic worldview. Ajivika does not accept the creator of free will but accepts reincarnation, among other things. Here we can classify both Buddhism and Jainism.

Primarily, pantheists, Astika Hindus believe in the supreme concept of Brahman, while living entities have souls, that is, what they call Atman.

Many schools, like Samkhya, teach that Brahman is the ultimate consciousness, or spirit, which they call Purusha. The fundamental concept of this school is Prakriti, which implies all material reality. Purusa and Prakriti are complementary and complement each other. Prakriti manifests in its reality through the Gunas. There are three, and these are Sattva Guna (morality, goodness), Rajas Guna (energy, emotion, activity), and Tamas Guna (darkness, destruction).

Astika Hinduism teaches about karma (cause-and-effect concept of action) and reincarnation. The ultimate goal is Samsara, liberation from the circle of reincarnations. This is achieved through Purushartas.

One of the basic concepts of Hinduism is learning about the four goals that all people should strive for:

Hinduism has a large number of deities.

There are many deities, from the supreme ones to the demigods with limited powers. They have a complex nature and are traditionally presented in various forms. We will only mention a few.

Brahma is the creator of everything, that is, the demiurge. Vishnu is the protector and guardian of the world. Shiva is the destroyer of the world.

Saraswati is the goddess of knowledge, art, and learning. If you find yourself in India during a festival dedicated to the goddess Saraswati, you can see people praying for her success in her career and education. However, no one prays to this goddess for wealth because that is the role of the goddess Lakshmi. Thus every sphere of life has its deity.

Most Hindus, indeed those who belong to orthodox Hinduism, will say that although there are many deities, there is only one God. Deities have different natures, are often opposed to each other, and represent different personalities. So, for example, believers never pray to the goddess Radha if they are in a temple dedicated to Ganesha. If you read the texts of the Shiva Purana, you will get the impression that Shiva is the supreme deity, but that is how Krishna is represented in the Bhagavad Gita. According to Hindu mythology, Shiva tore off one of the heads of Brahma. Believers have different mantras for different deities, worship them differently, and the like.

Thus, apart from the deities who should not be identified with Brahma, Brahma also has various manifestations. These manifestations are often contradictory, so the teaching about henotheism is not so obvious and logical.

Some deities lived on Earth as humans.

It is believed that deities such as Ganesha, Rama, or Krishna are historical figures. Experts’ opinions vary when it comes to their historicity (without implications as to whether they are deities or not). For example, conservative author Rajiv Malhotra rejects such a possibility. His opinion is shared by Prominent historians such as Ram Sharan Sharma and Romila Thapar. They believe that there is no solid evidence for the existence of historical Krishna, nor the events of the Mahabharata.

By comparison, all relevant experts agree that Jesus existed as a historical figure.

In addition to deities and demigods, Hinduism also teaches about the existence of other spiritual beings, who are called yakshas. These beings can be both good and evil.

Is Hinduism the Oldest Religion?

The struggle for history.

Hinduism is believed to have originated in an ancient civilization (3500-1600 BC) that stretched between northeastern India to northwestern Afghanistan. Hindus, especially conservative ones, believe that Hinduism is the oldest religion in the world. Despite a rich tradition that is indisputable, experts have divided opinions on this issue.

Apart from the fact that Hindus and Muslims are in conflict over the historical heritage, the same battle is also happening among the Hindus themselves. While some defend autochthonous theories, others reject them.

Hinduism has dozens of scriptures.

Part of the Hindu tradition consists of numerous scriptures: Vedas, Upanishads, Puranas, epics of the Mahabharata and Ramayana, Yoga Sutras, Kama Sutras, and others. It is estimated that there are hundreds of thousands of verses of all these writings. The Vedas are most respected and are believed to be the oldest religious texts in the world.

There are no surviving early manuscripts.

The oldest manuscript of Hindu writings dates back to the 2nd – 3rd century AD. As many as 95% of manuscripts were written only after the 10th – 11th century.

A year ago, the oldest manuscript of the Ramayana epic was discovered. This manuscript, dated to the 6th century, differs significantly from the modern text. As has been revealed, Rama is presented more as a man than as a deity. Also, concerning the contemporary text, two chapters are missing.

This is also the basic belief around which Hinduism revolves. The follower of reincarnation tries to reach the cosmic heights of Brahman, which is the absolute reality. He achieves this by coming out of the circle of life and death (samsara), and the very act of that enlightenment is called moksha.

The Bhagavad Gita (2.22) teaches: As a man throws away old clothes and puts on new ones, so the soul at the moment of death discards the old life and enters the new. This cyclical process of life and death depends on our deeds (karma). What we will be in the next life depends on what we were like in the previous one. It is also possible to reincarnate as an animal (Kaushitaki Unapishad 1.2, Chandongya Unapishad 5.10.7-9).

Enlightenment is the ultimate goal.

Liberation from the karmic cycle, or the circle of reincarnations, can be achieved through yoga and knowledge (Jnana) (Yogatatwa Unapishad 14-18).

However, the question arises, what karma do we release in our first incarnation if we did not exist before? The classic answer to this critique is that there is no first incarnation but that we reincarnate eternally and forever. However, in that case, Moksha would be a logical absurdity because it would represent the end of infinity.

The paths leading to Moksha are:

The term yoga comes from the Sanskrit word “YUJ,” which means cosmic union with Brahman.

Through every yoga pose (asana) and meditation, the soul (atman) of the one who practices it unites with Brahman, which is the ultimate reality. Brahman can also be the sound of the cosmos.

The ancient geographer Strabo writes in his “Geography” that Onesicritus, one of the people who were the companions of Alexander the Great, saw people who practice the so-called “naked yoga.” This is one of the earliest descriptions of yoga. Successful yogis are worthy of respect and can be called Brahmins.

Hinduism teaches that the deity Shiva is the best yogi of all.

Today, this is the most widespread religion after Christianity and Islam. It has more than one billion believers worldwide. About 80% of the population of India declares themselves to be Hindus. Outside of India, most members of this religion are in Nepal and Bangladesh.