Christianity, which is a monotheistic religion, is one of the twelve major world religions based on the teachings of Jesus Christ. Christianity’s Basic Beliefs are based on that Jesus was the Son of God and Savior, who came to Earth as a Jewish messiah, was crucified, died, and rose from the dead on the third day. He came to Earth to save people from their sins. Christianity developed in the area of present-day Israel. However, it is widespread almost everywhere in the world and, with two billion members, is one of the world’s largest religions. The symbol of Christianity is the cross. Christianity split into three major branches in the two millennia of its existence: Catholicism, Orthodoxy, and Protestantism. Each of these three branches is divided into smaller communities, which we call Churches (in the narrower sense). The Church, in a broader sense, embraces all Christians in the world.

Christianity’s Basic Beliefs Are Recorded in Their Holy Book 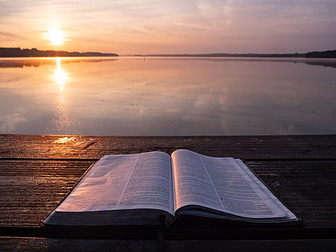 Christians also call their holy book the Bible. The word Bible comes from Greek and means “books.” It also comes from another Greek word, “Byblos,” which implies papyrus.

In the Bible are also often writings about the life of Jesus that are hidden and not acknowledged by Christians. They are called Apocrypha.

The difference between the Jewish and Christian religious books is that there is no New Testament in the Torah (Jewish holy book), but only in the Bible. The Jews, therefore, acknowledge only the Old Testament and the Christians the Old and New Testaments.

The Bible has been translated into many languages ​​so far. One of the first translations of the Bible occurred when the Hebrew Bible has translated into Greek in Alexandria between the 3rd and 1st centuries BC. This translation was later called the Septuagint (seventy), saying that seventy translators made it. The following translation from Hebrew into Latin is called “Vulgata,” which means general, famous, and was created around 400. Its author is Hieronymus, and it is a universally valid translation for all Christians.

The Bible began to be translated into European languages during the Reformation period (16th century), which Martin Luther started.

The Bible is a religious book and has historical and cultural significance as it influences the development of art, architecture, science, and literature.

The birth and death of Jesus

Angel Gabriel announced to the Virgin Mary that she would conceive. Joseph and Mary went to Bethlehem, where she gave birth to Jesus and was visited by shepherds. The angel told Joseph to go to Egypt because Herod wanted to kill Christ. Out of anger, however, he killed innocent children in Bethlehem. When Herod dies, they want to go back to Bethlehem, but they go to Nazareth because of Archelaus (Herod’s son).

During the Last Supper, Jesus tried to warn his disciples against what was about to happen. He asked them to preserve his memory of him by enjoying bread and wine even after his death. The bread symbolizes His body and the wine his blood, which will be sacrificed for their salvation.

Judas, one of Jesus’ disciples, betrayed Jesus to the Jewish religious leaders. He was accused of blasphemy, which means disrespectful use of God’s name. The Roman governor Pontius Pilate, who was the only one allowed to pronounce the death sentence, feared the revolt of the Jews and yielded to their pressure. He commanded Jesus to be crucified; he shall be nailed to the cross until he dies. Two robbers were crucified at the same time.

Jesus was laid in a tomb, but they found the tomb empty on the third day after the crucifixion. Some believers said they saw Jesus alive, and word spread that he had risen from the dead.

The Works of Jesus

Jesus chose 12 disciples (apostles) and began to teach them. He gained a reputation for healing the sick and working miracles:

Jesus often taught by telling parables. These are instructive stories that need to be understood in a figurative sense. He told of a seed and a sower, a man who went from Jerusalem to Jericho and was attacked by robbers, told of a prodigal son. The latter wastes all his possessions and then returns to his father. He speaks of the rich and poor Lazarus and also about the Pharisee and the publican. The evangelists later recorded all his parables.

Although there is supposed to be only one Christian Church, it has split into many branches and denominations over the centuries. All Christians claim to be orthodox, that is, in the general sense, to consider themselves valid believers, but also to be Catholics, in the sense that they seek to share their beliefs with all the peoples of the world. But when the Church split into Western and Eastern in the 11th century, the Eastern became known as the Orthodox, and the Western took the name Catholic. Then a third branch joined these major branches when the Reformers seceded from the Catholic Church in the 16th century. The consequence of this schism was the emergence of Protestantism. It is so-called because this branch was initially composed of reformers who protested against specific policies and practices of the Catholic Church.

Each of these three branches is further divided into smaller communities. The churches, which are generally classified as Protestant, are by far the most diverse. It is estimated that there were about 25,000 Protestant groups at the end of the 20th century. One of the reasons for such a large number of Protestant churches is the tendency of Christian groups – especially in Africa and South America – to establish local churches that secede from any church umbrella organization. Other churches arose as a result of the split of major religions. In addition, Protestant churches are difficult to define because many are based on theological beliefs, and the style of church leadership recognizes others. Among the members of the most influential religions are Anglicans, Lutherans, Presbyterians, Baptists, and Methodists. They are all divided into different subgroups.

Priests, Bishops, and the Pope

In Catholic, Anglican, and Orthodox churches, worship is usually performed by priests. Long pleated priestly robes were taken after robes from the times of the Roman Empire, which was the cradle of Christianity. A stiff white collar can imitate the collars worn by slaves and is supposed to mean that a priest is a servant of God. The highest dignitary of the cathedral and diocese is the bishop, who wears a shepherd’s staff, similar to the staff of shepherds. It is supposed to remind him of his duty (caring for his sheep, the faithful in the diocese). The bishop’s headdress is called the miter.

The Pope is the Roman Catholic bishop and patriarch and, by position, the supreme leader of all the Catholic Churches.

People are accepted into the Christian faith through a sacrament called the baptism of water. In some Christian denominations, they pour only a little water on the forehead of a Christian at baptism and do not immerse him completely in water. Some baptize adult believers, and most baptize infants. The child’s parents and godparents, chosen by the parents, undertake to raise the child to be a Christian. In this ritual, the child is given a name that is his first name.

All Christians worship Mary, chosen by God to be the mother of Jesus. But Catholic and Orthodox Christians attach particular importance to it. They believe that Mary will intercede for them with Jesus if they pray to her. This means that their intercession will be with Jesus.

Almost all Christian children go to extra classes where they learn about their faith. This is called religious education. The child goes to a religious school for about eight years and ends up doing confirmation. With confirmation, an individual becomes a full member of his religious community. He takes upon himself the promises made in his name at the baptism of water; the bishop lays his hands on the head of the Burmese and thus “confirms” the help of the Holy Spirit in fulfilling Christian duties in life. The age for confirmation is not specified.

The Holy Sacrament is, in Christianity, a sacred sign erected by Jesus Christ. The sacraments are also called holy mysteries. According to them, Jesus gives help, which we call the grace of God. Bishops and priests regularly share the sacraments, and in exceptional cases, can be administered by the faithful. Most Christian Churches understand the sacraments as a symbol and means of the covenant between God and men.

Christians celebrate far fewer holidays compared to other ethnic groups. Most are already forgotten due to the development of the modern world.

The Main Christian Holidays Are: