What is the true meaning of forgiveness? Today, you will discover what it really means to forgive someone, without feeling hatred, but without forgetting. Accepting the forgiveness of the other must be an act that frees us, but for that, we must know him well.

To Forgive Is Not to Justify the Other 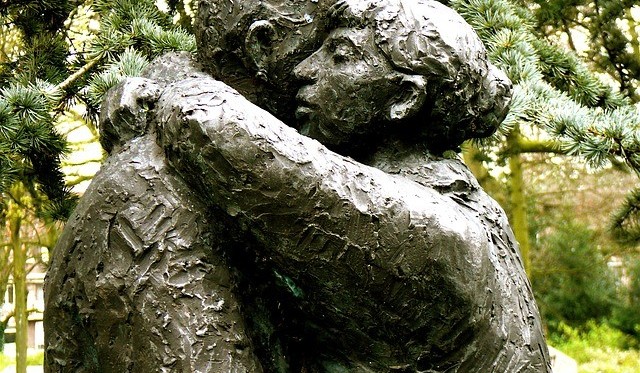 To Forgive Is Not to Forget

We often think that once we are forgiven, everything is forgotten but it is false. We go through a difficult situation, bitter, an additional experience that, as such, cannot be forgotten.

But sometimes we confuse this with rancor; because it is possible to feel this feeling if forgiveness was not sincere.

When we forgive, even if we do not forget, we feel an inner peace that frees us and makes us feel good. There is no space for resentment or hatred. Everything is in balance.

Forgiveness is the antithesis of forgetting; for if one forgets the wrong that has been done, then there is nothing left to forgive. To excuse, to amnesty, to dispense with pain, to forget and/or to deny what has happened are not legitimate aspects of forgiveness. Each of these steps can prevent genuine forgiveness from occurring or can result in a sham pardon. Be aware that forgiveness heals the wound, but the scars will remain there. That’s why we say forgiving is not forgetting. In the same way, that does not imply to let us animate by rancor, or hate either.

Forgiveness Is Neither Forgetting nor Reconciliation

Thus in the context of apartheid, Nelson Mandela, said: ” South Africans must remember the terrible past so that they can manage it, forgive when forgiveness is necessary but never forget. By remembering, we make sure that never again such barbarity will bruise us and we will remove a dangerous legacy that remains a threat to our democracy. ” You understand that forgiveness is not reconciliation either.

To Forgive Is Not to Minimize, but to Heal from Pain

To forgive someone is to heal the pain he has inflicted on us, which inevitably hurts us. We are emotional beings and it is normal that things hurt us.

But if we forgive, it’s like relaxing that thing that was trapped. And then we realize that this thing was part of us, not the other. Forgiveness is a cure for the emotional pain caused by others in us.

Forgiving Is an Act That Allows You to Close the Past

Sometimes we focus too much on past issues that prevent us from seeing our future, let alone focusing on our past.

That’s why when we forgive, we do not feel resentment, even though we will never forget, because we close this past and look to the future.

We are really freeing ourselves from all negative emotions because it is normal for us to feel disappointment, pain, frustration, anger, and so on. ” The weak can never forgive. Forgiveness is the prerogative of the strong. ”  – Mahatma Gandhi

Forgiveness Is Not Turning a Blind Eye to the Offense.

In reality, the Bible condemns those who claim that bad deeds are harmless or acceptable (Isaiah 5:20). By forgiving someone, it does not mean that person is not guilty. On the contrary, we forgive someone who has offended us.

Forgiveness Is Not Being Treated Unfairly.

Imagine, for example, that you were lending money to someone. But he wastes it, and then he cannot repay you as he promised. He is really sorry and apologizes to you. You might choose to forgive him by not harboring resentment, not always talking to him about the problem, and even deciding to cancel the debt. However, you may also choose not to lend him any more money (Psalm 37:21, Proverbs 14:15, Proverbs 22: 3, Galatians 6: 7).

Some authors try to give us some answers that we can explore. Let’s read their quotes:

” We are happier in forgiving than in demanding reparation for the wrongs we have received. ” – Quote from Thomas Wilson; The maxims of piety and Christianity (1781).

” The noblest revenge is to forgive. ” – Quote from Thomas Fuller; Gnomologia, “Adagies and Proverbs” (1732).

” Forgive those who hate you; give them well for evil; show their injustice by proving your virtues; so force them to admiration, to gratitude, and you will have won the most beautiful triumph that a generous soul could wish for. ” – Quote from Louis-Philippe de Segur; Thoughts and maxims (1823).

” Never be the first to accuse or the last to forgive. ” – Quote from Anne Barratin; From all the parishes (1913).

Here you have understood what is the true meaning of forgiveness? But it would be wise to know how to forgive or learn to forgive! The more you understand the concept of  ” forgiving someone “, the more you will be inclined to forgive, and always forgive others.

And you, do you know how to forgive? Not everyone is capable of it because it is something that requires great inner strength, and to free oneself from the fear that others betray us or disappoint us again.

There will always be someone in life who will hurt you, be it your spouse, your children, your family, your friends … Always. Do not forget it. So, it is necessary to learn to forgive because you have no choice but to accept that people harm others. Even you, you hurt others (unintentionally, perhaps) and you want to be forgiven.

Articles that may interest you too:

HOW TO FORGET SOMEONE?

Step 1: How to Forgive Someone Who Has Hurt You?

Step 3: How to Forgive and Move on After a Break-Up?