Does forgiveness require reconciliation? Often when we seek to forgive someone, it is important to confront the person. How to do it? Let’s say: How do you face someone who has hurt you? What does this mean? How can this initiative be useful? Read this article carefully to find the answers.

One day, someone said to me, “I was disappointed and hurt emotionally by a loved one. I try to repel the resentment, the anger, the grudge I have towards this person, but I cannot do it. But most of all, she said, I cannot forgive the person who hurt me. ”

So, Does Forgiveness Require Reconciliation? 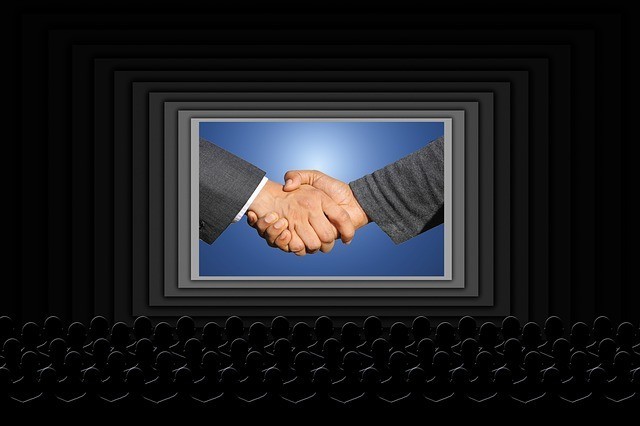 This is where we are invited to the second phase of confronting the person who hurt us.

In some circumstances, for some people: confronting the person who hurt them may be the first step, and then deal with their negative emotions. Everything is going to do; it depends on the intuition and circumstances of the harm, as well as the relationship that existed before you.

1 – Do Not Rush to Make Conclusions.

It is important not to make hasty judgments when you find yourself with the person who has hurt you. If you react too quickly, you could say or do something that you will regret. Take time to deal with what you have learned before acting.

Whether a partner or family member has hurt you, do not react too abruptly. Think about your past together and ask yourself if it happened once or if that person is used to hurting you. Make sure you think calmly and rationally before saying something you cannot remove or never see again. Tip: In this case, call for wisdom and self-control.

” The precipitation takes away the impatient ” (Thomson Dablemond). Always calm down when you face a situation in which others have offended you. Do not rush to make conclusions.

2 – Ask the Person Who Hurt You to Meet You.

Ask him to see you in a private place. Make him understand that it does not necessarily mean that things will come back as before between you two, but that you want to hear what she has to say before moving on. Tell him you’re ready to listen to his point of view about what happened.

It’s a way of trying to detect the real motives, intentions of that person. You will try to understand the person. Thus, you would know how to find a place in your heart to forgive the person.

Do not make the mistake of thinking that you are going to meet this person to find out if you can forgive him or not after your exchange. No, that’s not the ideal or the goal. Because you are supposed to know that it is advantageous for you to forgive others. For forgiveness are liberator and benefactor. This encounter with the person who hurt you is in order to find the strength to forgive that person.

3 – Listen to What This Person Has to Say to You.

When listening to his version of the story, try to sit down and let him talk. Do not interrupt and contradict him. If your relationship is at stake, you can at least let it express itself.

Even if the situation may seem clear to you like rock water, you should always have the opportunity to tell the other side of the story. You may be surprised at what you are going to learn and in any case, it will allow you to make a decision in any case.

Use the maturity. The more you listen to this person, the more you know how to do it. Do not try to argue on this occasion. No. If you do, then you would be making things worse and weighing down your pain, reinforcing your negative emotions. The best thing would be to listen to the person who hurt you.

4 – Show Compassion and Willingness for Reconciliation

Try to be compassionate when you are confronted by the person who has wronged you. Try to put yourself in his place and ask yourself what you would have done if you had been in his place. Would you have acted differently?

Try to understand what are the reasons and intentions of the other. Has he intentionally tried to hurt you? Did he have the best intentions in the world?

The more you put yourself in the skin of compassion, sympathy, and empathy – the more you take over your negative emotions. Thus, you will be on the path of forgiveness. ” We can easily forgive someone when we try to put ourselves in his place. ” (Thomson Dablemond).

You could feel good about the moment by raging against him and insulting him or accusing him of everything, but that will not help your situation in the long run. It’s counterproductive and you could annihilate the relationship for good. 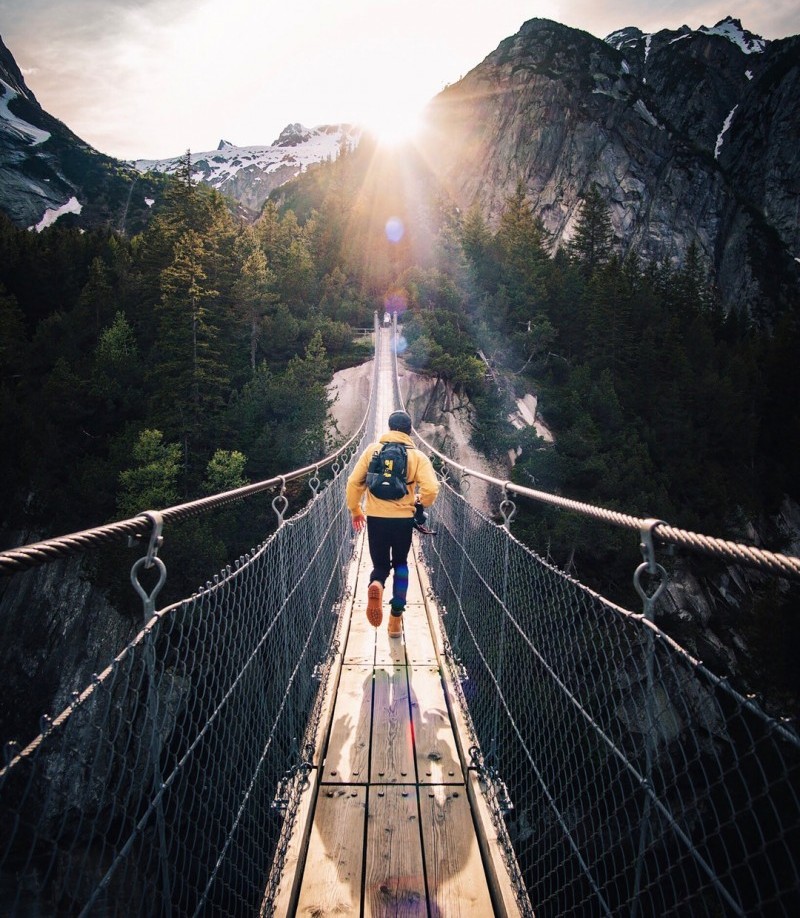 ” True forgiveness does not lead to seeing the person forgiven as an enemy afterward. ”  (Thomson Dablemond).  Since you decide to forgive someone, they must not become your enemy. If not, it would be a semblance of forgiveness.

Stay calm when you face the person who hurt you. Avoid accusing phrases when you talk to him. Instead of telling him: I felt … because of you, tell him: I felt. Breathe deeply and if he says something to provoke you, try counting to ten before answering.

Once you have had time to calm down and think about the situation, explain clearly, in a calm and measured way, how you felt hurt by what he did. This is an essential step, otherwise, you will just pour your feelings of anger and grudge on each other, making real forgiveness impossible. Let him know the impact of what he did in your life, especially if you had a romantic relationship.

Once you have expressed your feelings clearly and in detail, it is important to move on. If you have decided to forgive this person, you cannot remind him of what he has done every time you argue and hold him above his head like a sword of Damocles.

No matter the atmosphere of your encounter with the person who hurt you, here is a resolution you should never take revenge on. Consider the following biblical exhortation: ” Make no evil for evil. Look for what’s good in front of all men. If it is possible, as much as it depends on you, be at peace with all men. Do not you revenge yourself; beloved ones … Do not be overcome by evil, but overcome evil with good. ” (Romans 12: 17-21).

7 – Avenge Is Not Part of the Reconciliation

When you want to forgive someone, it is important not to think about the notion of revenge on the person who hurt you. In wanting to avenge yourself, you will only hurt more people, including yourself. You must be the smarter of the two, try to forgive and move on. Make efforts to repair your relationship and mutual trust. This is especially important if a dispute has occurred between you and a member of your family. You have to resolve the tension within the family because you will probably see it for a while.

For example, if your partner has cheated on you, you will not solve anything by deceiving yourself. You will only cause more pain and grudge. ” Two negative things do not make a positive thing “.  Your forgiveness will not have the same value if it comes after your revenge.

8 – Let Him Know That You Forgive Him.

Remember that forgiving someone does not necessarily mean that everything must come back as before. If you feel it was the straw that broke the camel’s back or you cannot trust it anymore, that’s normal. Explain it clearly. It may seem easier in a romantic relationship that ends since you will not really see yourself that often. It is more difficult in a family context since you will have to meet you regularly.

As a Conclusion on “Does Forgiveness Require Reconciliation?”

Many people do not find it necessary to meet someone who has hurt them. Yet this initiative could be beneficial for them. It should be remembered that facing a person who has hurt you should be insofar as it registers to find provisions to forgive that person.

If and only if, it is in this spirit, it would promote an inner peace within you; facilitate the wound caused; would think the pain you felt; help you free yourself from negative emotions and make room for positive emotions.

Often, we think that forgiving others implies giving them a reason. But it is not at all that. To forgive does not mean that one accepts that the other is right, but supposed to free oneself from the shackles of bitterness.

In this sense, to forgive is fundamentally to give something to someone. The meaning of the term is therefore faithful to its etymology: perdonare, in Latin (per / donare  = in English: by / donate ). This is the gift of one’s right to resentment after being the victim of an offense. Forgiveness consists in overcoming one’s resentment towards an offender, not by denying his right to resentment, but by trying to regard the offender with benevolence, compassion, and even love.

Knowing how to deal with your negative emotions and confronting the person who hurt you – are new steps when we’re trying to find out how to forgive someone. But there is a third essential step: move on to something else.

What does it mean to move on to the subject of How to Forgive Someone Who Has Hurt You? Click this link for more information.

To read also: How to forgive someone? – Step 1: Manage your negative emotions