What if Lazarus’ Bible Story Isn’t a Miracle?

What happens to a miracle when science comes up with an explanation? What would it mean if Lazarus’ bible story isn’t a miracle at all? We cannot trust miracles, at least until we consider the circumstances behind that testimony. 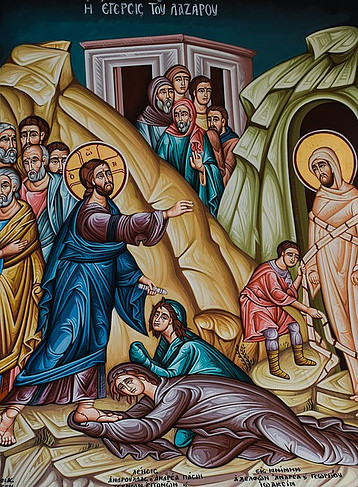 There is a risk that the person who is witnessing a new event is not in their right mind or that they are deceived, under the influence of someone or something, that they are not sufficiently educated, so gives his own, but incorrect or inaccurate answers, etc. Of course, all this does not have to is the case, but we do not know it at the first encounter with some testimony. After all, it is clear that something previously considered a miracle is now known and confirmed. Take any natural event that is relatively recently discovered. For so many events, our ancestors had no scientific explanation for, and for some events, they probably could not even come up with an appropriate scientific explanation and attributed them to the miraculous intervention of God in the world. As science has evolved, this event has begun to get its scientific explanation and rarely does anyone now think that it is a miracle. Even if that scientific explanation, in the essence of that event, is not appropriate, and further does not mean that it is a miracle, but only means that this scientific explanation perhaps it is not good for us to be able to look for others.

Lazarus’ Bible Story, according to Feuerbach

The thesis that we should not immediately resort to religious explanations if something happens in nature that we have not yet realized is the guiding thread of Ludwig Feuerbach in his work Lectures on the Essence of Religion. As he says: “How many phenomena that our ancestors could explain only by God and God’s thoughts, we now derive from the being of nature” After all, Feuerbach goes even further than that and believes that even if some phenomena in nature could be explained only theologically, the theological consequence would still not arise from that. It seems to me that Feuerbach is saying exactly what my thesis is here so that even if it now turns out that the explanation for an event is possible only in a certain way, it does not mean that only that way is possible. We may not yet have come up with alternative solutions that would be equally or, perhaps, more suitable to explain certain phenomena. This then leads to the conclusion that something we encounter for the first time is not something supernatural, but, simply, we have not had experience with it before, as Hume would say, and as our descendants or we will discover in the future, as Feuerbach would claim. According to Feuerbach, things can happen in nature for which natural conditions are given. Even if we cannot state some reason for some event in nature with which we first encounter, the analogy obliges us to think. For some theists, it does not mean that Feuerbach believes that only things that are within natural conditions can happen in nature. They can offer him an alternative of equal weight by saying that God is so omnipotent that he can make something happen in nature outside of natural conditions.

However, my basic idea is that it is important first to consider various options and explore and weigh more possibilities for an event. So, our idea is not to claim anything dogmatically or to build some metaphysical assumptions about events in the world, but on the contrary. We care about an opinion supported by something that we can verify at least to some extent, which can at least have any probative value.

Science Always Checks the Facts, but This Is Not Typical Of Theists

If someone does not interpret the concept of natural law in Hume’s terms, but as natural law as such, it is important to note that we have not yet reached the overall natural law. By this, I mean that science still has materials for work and research and is constantly discovering new laws that govern nature. We have not yet come to the natural law of the whole world. Therefore, we do not know whether there really was a violation of natural law because the event may be natural law, but which science has not yet explained, or there is currently another explanation, which can be reconsidered. This is something obvious, considering that we have not yet reached the overall natural law, but we are only familiar with certain natural laws that science has reached so far. We have accepted these individual laws of nature. Now the question is whether we would understand the deviation from them as a miracle or as a current lack of explanation. We are all familiar with the specific natural law of gravity. Will a miracle happen if I drop an iron figure and it flies over me? This would be an obvious violation of one of natural law, so, therefore, shall we say that God wrought a miracle for iron to float? A layperson, who is convinced enough that science is infallible and explains everything and still believes that God is omnipotent, would consider something like that a miracle. However, it would be a signal to the scientist to once again check the theory on which the law of gravitation is based. Something like that might ruin a significant scientific achievement and physics of a certain period, but it would indicate that such a theory is lacking in something, or at least that it has not been stable for all time. Maybe over time, there have been some chemical changes in the earth’s structure, and there are not the same reactions with iron as before.

Science, Of Course, Does Not Yet Have an Explanation for Everything

Given our cognitive and physical power, we cannot capture and take into account all-natural events at the same time. That is why it can always happen that we left out especially relevant ones when collecting relevant facts. Then our theory is lacking at the very beginning. Also, we must not forget that, in addition to a limited number of information and facts, in science, we also deal with a limited number of instruments that may be inaccurate for certain checks. For all these reasons, it is obvious that there will always be outside events outside the “natural course of things.” When I say “natural flow of things,” I mean the one that is current for us at the moment, and it is, in fact, constantly changing as our observations, discoveries, and knowledge change.

What if Lazarus’ Bible Story Isn’t a Miracle?

Take, for example, the famous Scripture claim that Lazarus rose from the dead when Jesus told him to come out. From this, in addition to miracles, we can go to two attitudes:

1. The law of biology is not what we think it is. Maybe even after the cessation of the work of the heart, some reflexes in certain organisms work for some time, so to the eyewitnesses, the movement of his body seemed as if he were alive. However, one could say that he did rise just when Jesus commanded him to do so, so a rhetorical question would follow: Isn’t it too much of a coincidence that reflexes are starting with activity just then? Called it too big or not, coincidence, if it is, remains coincidence until we don’t come to an adequate answer.

2. Maybe Lazarus was not dead, but his body fell into a medicine state, a condition resembling death for a certain period of time, and the people of that time did not know to establish diagnoses, so they declared him dead with a great deal of certainty.

After all, as we get closer to the enlightened age, there is less and less talk about miracles. Science has given answers to many questions, and now fewer and fewer things surprise us. This is already a sufficient indicator that the progress of science is proportional to the reduction of the story of miracles and that it is clear that they mostly occur in those cases when we are not familiar with an adequate explanation of some, unknown to us, phenomenon.

No One Can Confirm Lazarus’ Biblical Story for Sure

Of course, concerned theists and some theologians might say that our scientist was right when he came to the natural law, but that God changed that natural law, and then the scientist doubted his research thinking that something, as we said, missed. Maybe they would be right, but we are not able to verify that, nor are they, so it is harder to determine whether it is true in itself or not. The difficulty or even the impossibility of checking miracles is another reason to consider them debatable. We would not be able to subject them to experimental checks based on which we would confirm them. Such events do not repeat themselves, and in order to declare something a cause and a consequence, we remember, we need a repeated union of two events. They are also not obvious enough. As we have shown, we do not have strong enough arguments to deal with them rather than a current ignorance of natural events or testimonies for dubious reasons.

When interpreting the argument for the existence of God based on the existence of miracles in the world, theists take strange events as those events for which we have no scientific explanation. So, such an argument would collapse if we gave a scientific explanation for such an event. The moment we get enough relevant information and enough checks as to why a phenomenon has taken place, we can fit it into some natural law, and then it ceases to be a miracle. As soon as a miracle stops at one point, the question is, perhaps even rhetorically, has it ever been?