Can You Believe in Miracles?

There are many miracles in the Bible. From Genesis to Revelation, we see divine intervention, facts that go beyond human understanding. A dictionary (Le Grand Robert de la langue française) defines “the miracle” as “an extraordinary fact in which we believe we recognize a divine intervention.” Opinions are divided on beliefs about miracles. Therefore, in this article, we ask ourselves the following question: Can you believe in miracles?

“How can we use electric light and radio waves and take advantage of the latest discoveries in medicine and surgery while believing in the world of spirits and miracles that is that of the New Testament?” These words of the German theologian Rudolf Bultmann reflect what more than one thinks of miracles today. Speaking of miracles, is that also your feeling about the miracles recorded in the Bible, for example, the opening of the Red Sea?

Such an extraordinary fact implies an interruption in the order of nature, and that is why many are reluctant to believe in miracles. However, a phenomenon that seems to violate natural law can sometimes be easily explained in light of the other laws of nature that come into play.

The Example of the Scientific Experiment Called the “Moses Effect” 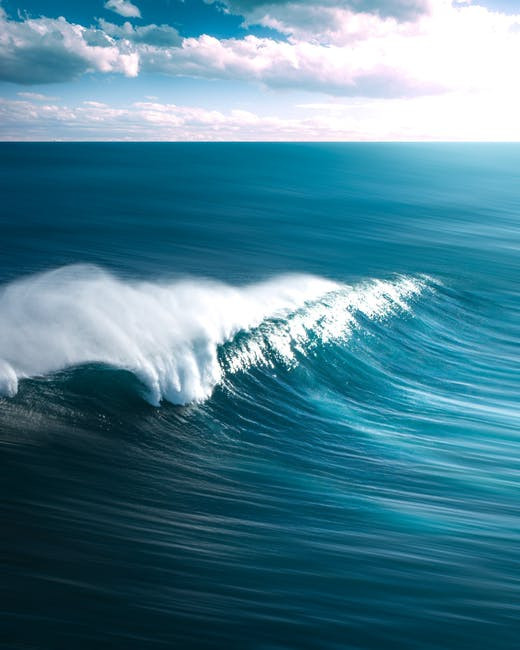 The journal New Scientist reported on this experiment by two physicists from the University of Tokyo: Having partially filled a tube with water, they subjected it horizontally to an extremely strong magnetic field. Water has spilled to the ends of the tube, leaving the middle section dry. This reaction, discovered in 1194, occurs because water is weakly diamagnetic, repelled by a magnet. This attested phenomenon by which water moves away from the point where the magnetic field is very high towards the place where it is weaker has been called the “Moses effect.”

The journal New Scientist added: “It is easier to push the water outward, provided you have a sufficiently large magnet. And if you have it, then almost anything is possible. ”

Can You Believe in the Miracle of the Red Sea?

Of course, one cannot say with absolute certainty which method God used when he opened the Red Sea in two for the Israelites. But the Creator knows in every detail all the laws of nature – the laws that he himself established and governed – the laws that depend on him and over which he has absolute control. He was able to easily master certain aspects of a single law by using another of the laws of which he is the author. The result could seem miraculous to humans, especially if they only partially understood the laws involved.

On the miracles of the Bibles, Akira Yamada, professor emeritus of the University of Kyoto (Japan), said: “Even if it is correct to say that a [miracle] is for the moment incomprehensible from the point of view of the Science in which we work (or from the status quo of science), it is wrong to conclude that it did not happen, solely on the authority of modern physics or the modern study of the theological doctrine of the Bible. In ten years, today’s advanced science will be a science of the past. The sooner science progresses, the greater the risk that one day one will make mocking reflections of the genre: the scientists of ten years ago seriously believed this or that. – Gods in the Age of Science.

Being the Creator, able to coordinate all the laws of nature, God can use his power to work miracles.

The Wonders of Science

There is one thing that I find surprising. We are more tempted to deny the miracles of God, but we are attached to those of Science. Whenever Science succeeds in discovering and mastering the law of nature and its opposite, this is how it manages to work wonders.

It is the same for the boat. If it does not flow despite its weight and remains on the sea for a long time, it is because men have managed to discover and know how to exploit the laws of nature related to the sea. Thus, it’s easier to believe that Jesus walked on the waters and turned water into wine.

For my part, I believe in the miracles of the Bible. For if men who are only creatures manage to dominate and exploit other laws of nature – how much more so the one [God] who has governed and established his laws. I have come to understand that man’s domination over the elements of the earth is partial. God did not wrest from man the entire dominion that he gave him over nature.

I recommend a book where plasma physicist Ian Hutchinson has been asked hundreds of questions about science and faith: What are science and faith? Are they cooperative? Are there facts science cannot resolve?

Can a Scientist Believe in Miracles? : An MIT Professor Answers Questions on God and Science