The Eucharistic Miracle Is Remarkable in Itself

The Eucharistic miracle is the greatest miracle in itself, says St. Thomas Aquinas: Jesus, who as God and man becomes present in a unique way in bread and wine. However, this is not achievable for our senses – we can only access this reality through faith.

Because God knows the weakness of our faith, He occasionally shows us by unique signs some of what is genuinely but invisibly happening at the moment of sanctification, when Christ, God, and man, becomes present in bread and wine.

These signs are different: the depiction of the image of Jesus during the consecration at Mass, communions that bleed or turn into flesh and blood, inexplicable non-molding of bread, as well as healing and conversion during Mass or worship of the Blessed Sacrament.

We call these phenomena “Eucharistic miracles.” There are over 60 of them in the literature from the 13th to the 20th century. The servant of God Carlo Acutis listed more than a hundred miracles(miracolieucaristici.org).

Click here to buy a book about Carlo Acutis.

The first Eucharistic miracle reported by history dates back to the 4th century. At that time, some hermits doubted the actual presence of Christ in the Eucharist. Two other monks who learned of this prayed God would give him a sign. As he approached the altar for communion, he received a piece of bloody flesh.

The Eucharistic Miracle – When a Holy Bread Turns Into Meat 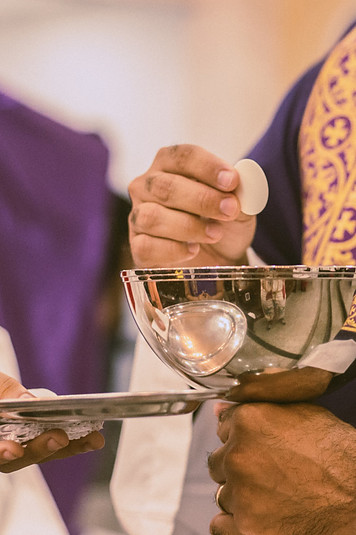 The most famous Eucharistic miracle occurred in the 8th century in Lanciano, a city in Abruzzo in central Italy. In the church of St. Legonciana, during the Mass, the Basilian monk began to doubt the actual presence of Jesus in Holy Communion. In front of his eyes, after the consecration, the holy bread was transformed into a piece of meat which then solidified into five pieces of various sizes and shapes. Also, the wine changed into blood.

Today’s meat that can be seen in the reliquary is as big as holy bread. With the permission of the Vatican, these “relics” were investigated between 1970 and 1974. Under the leadership of the World Health Organization, the well-known professor of anatomy and pathological histology, Odoardo Linoli, participated with the help of Professor Rugger Bertelli.

A study published in 1976 in Geneva and New York showed that “miracle meat” is indeed human flesh, heart muscle tissue, and blood of true human blood from blood type AB. The fact that meat and blood have remained in the same state for twelve centuries, even though they are exposed to air and biological influences, is inexplicable.

Not Just in Distant History

However, Eucharistic miracles have taken place in more or less distant history and recently, for example, in the last period of the 1930s. In Legnica, Poland, on December 25, 2015, one of the hosts accidentally fell to the ground during communion.

They placed her in a vessel of water and shut her up in a tabernacle; after a few days, a red stain appeared on its surface. The then bishop of Legnica, Stefan Cichy, immediately decided to investigate. An analysis by forensic experts showed that it was cardiac tissue, with alterations that occur with very great effort.

Three Eucharistic miracles were reported from the Argentine parish of St. Mary in Buenos Aires in 1992, 1994, and 1996.
On August 18, 1996, after distributing the holy bread, the believer told the priest Alejandro Pezet that she had found desecrated holy bread on the candlestick in the back of the church.

They put it in water and stored it in a tabernacle. On August 26, they noticed that the holy bread was turning into a red gelatinous substance, which the pastor communicated to the then-Cardinal Jorge Bergoglio, today Pope Francis.

They sent the sample for testing to two laboratories, one in Sydney and one in New York. A group of scientists around dr. Frederic Zugibe found that it is heart tissue with intact white blood cells that cannot be found on the heart tissue of the corpse and are a sign of great cardiac effort.

The Eucharistic Miracle In Support of the Belief

Eucharistic miracles are a message of God’s presence, reminiscent of his solidarity with people, his attention, his kindness to them. These are not as evidence in the scientific sense of the word, and it would not be appropriate to analyze them from this perspective. They are signs, calls, acts of love, expressions of God’s omnipotence and freedom. They encourage us to move forward, not to be afraid of obstacles, to rely on the power that God gives day after day, and that is never lacking in determined and devoted souls,” writes French theologian Bernard Peyrous.

Swiss priest Nicolas Buttet, author of The Eucharist, the Love of the Saints, emphasizes that miracles are not evidence: “The Word of Christ is the only reliable and unshakable proof of his actual presence. Otherwise, a miracle never excludes faith but demands it. Jesus also worked miracles, but many people, when they saw them, hardened their hearts and did not believe in him. Miracles can only support us in our beliefs. “