The Divinity of Jesus Christ Echoes in This World

The name “Jesus” means “the Lord saves” or “God is the Savior“. It refers to the personal name of the Lord who has taken the human form to reveal Himself to humanity and to fulfill the plan of redemption of the fallen human race. He was confessed as the Son of God even by the disciples (Matthew 14:33), even by the demons (Matthew 8:29). Jesus Christ is the only begotten Son out of the bosom of God (Mark 1: 1, John 1:18).

I – His Preexistence with God 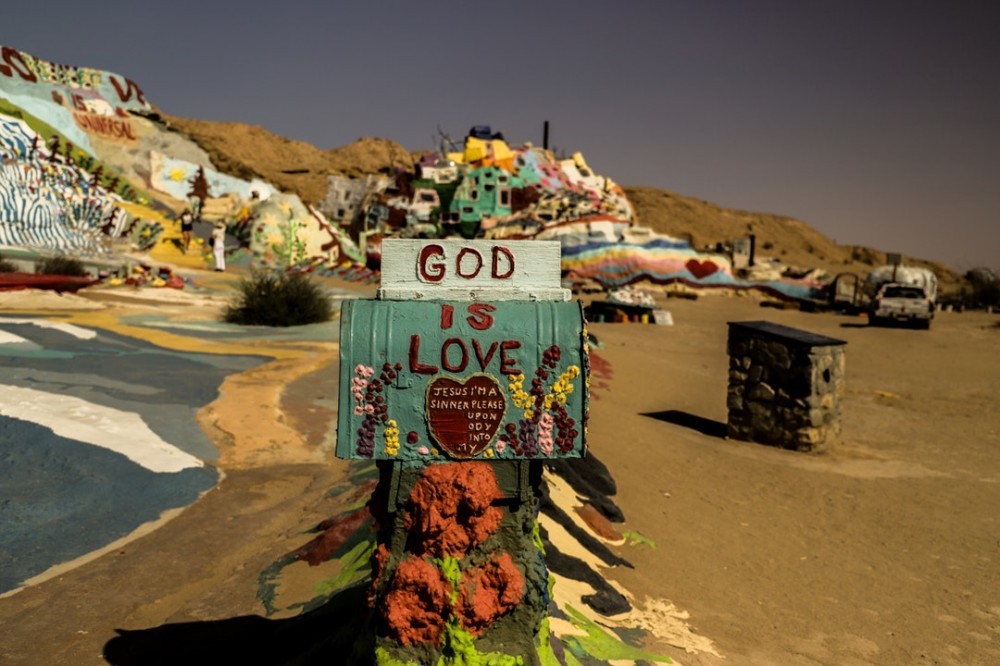 (1) – Jesus is the Word of God who was made flesh: “In the beginning, the Word already existed. The Word was with God and the Word was God. In the beginning, the Word was with God. Through her, God did all things and did nothing without it. In her there is life, and life is the light of human beings … The word became a man, and he dwelt among us. We saw his glory. This glory he received from the Father. It is the glory of the Only-begotten Son, full of love and truth. John 1: 1-4, 14 (Word of Life Version).

(2) – Jesus is the equal of God: ” He [Jesus], he is the equal of God, because he is God forever. Yet, this equality, he did not seek to keep it at all costs for him. But everything he had, he left it. He became a servant, he became like men, and all saw that he was indeed a man. ”  Philippians 2: 6-7 (Word of Life Version).

(3) – Jesus is God, he is the image of the God-Creator: “Christ is the image of the God that cannot be seen. He is the firstborn Son above all things created. In fact, it is in him that God created everything in heaven and on earth: the things we see and those we do not see, the forces and minds that have authority and power. Everything is created by him and for him. Christ exists before all things, and all that exists depends only on him. Colossians 1: 15-17 (Word Version of Life). So, what could be the more significant proof of the divinity of Jesus Christ?

II – The Divinity of Jesus Christ Expressed Through Divine Names

(1) “God”: “But God said to his Son, ‘You are God, your royal power will last forever. You rule your people with righteousness “(Hebrews 1: 8). “We know, the Son of God has come He has given us the understanding to know the true God, and we remain united to the true God by his Son Jesus Christ. He is the true God and he is life forever. 1 John 5:20 (Word Version of Life).

So here we have another significant proof of the divinity of Jesus Christ?

III – The Divine Qualities Attributed to Him 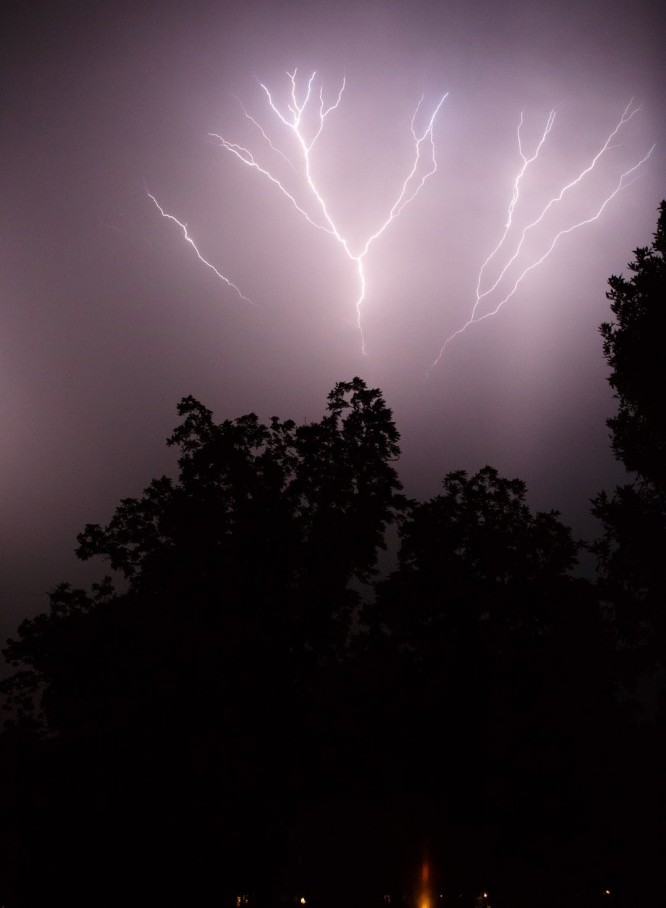 (5) – He knows everything: “But Jesus does not trust them because he knows them all. He does not need to be told about people. He knows what’s in the human heart. (John 2: 24-25). “And Jesus, knowing their thoughts, said, Why do ye have evil thoughts in your hearts? (Matthew 9: 4).

” The angel answered him, The Holy Spirit will come upon you, and the power of the Highest will overshadow you. That is why the holy child who will be born will be called the Son of God. “ Luke 1:35.

The birth of Jesus was not the fruit of a human will. It was part of the fulfillment of the plan of redemption of the fallen race. He was born according to the prophecies relating to the Messiah, to him who was to give himself as a sacrifice for the salvation of humanity.

Jesus was conceived in a miraculous way (Luke 1: 26-35). He was conceived in the womb of a virgin named Mary. It was in the city of Bethlehem, precisely in Nazareth, that he was born in a manger (Luke 2: 4-7).

• Angels announce and confirm the birth of Jesus…

In the shepherds’ fields near Bethlehem, a group of witnesses formed a bridge between Isaiah and Mary. According to New Testament narratives (Luke 2: 8-14), an angel appeared to terrified Jewish shepherds to announce the birth of the Messiah Israel had been waiting for a long time. The angel told them, “Do not be afraid; for I tell you good news, which will be the subject of great joy for all the people, because today in the city of David, you are born a Savior, who is the Christ, the Lord. And here is what sign you will recognize: you will find a child swaddled and lying in a manger “(10-12). As the shepherds have told, the sky was filled with angels praising God and exclaiming, “Glory to God in the highest places, and peace on earth among the men whom he approves! ” (V.14).

According to the New Testament, a light in the sky has added to Mary’s credibility. A group of Eastern magi followed a “kind of star” to the Jewish city of Bethlehem. There they found a child whom they believed to be the Messiah whom the Jews had been waiting for so long. There were hundreds of years that the Old Testament prophets spoke of a “star” and a “scepter” that would rise from Israel (Numbers 24.17). The Old Testament also predicted that a king of Israel would come out of Bethlehem, a king “whose activities go back to ancient times, to the days of eternity” (Micah 5: 1).

By its conception and birth, we have the proof of its dual divine-human nature. What makes Jesus a very special and exceptional being.

By the way, note that it is from him that we began to count the years. He is the landmark of time.

What we do know is that in the seventh century BC. BC, the prophet Isaiah made predictions about a Servant of the Lord who would reign over the earth in the latter days. He described the day when the whole earth would be at peace and all nations would go up to Jerusalem to worship God (Isaiah 2).

Isaiah said, “For a child is born to us, a son is given to us, and the dominion shall rest on his shoulder; he will be called Admirable, Counselor, Mighty God, Eternal Father, Prince of Peace “(Isaiah 9.5).

The prophet Isaiah also gave another prophecy: “Therefore the Lord himself will give you a sign; Behold, the virgin will become pregnant, she will give birth to a son, and she will give him the name of the Empress “(Isaiah 7:14). The name Emmanuel means “God among us”.

VI – His Miracles Confirmed the Divinity of Jesus Christ 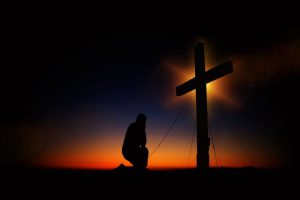 The miracles of Jesus reported in the New Testament were more than wonders. These were signs. He has done them to encourage men and women to believe in Him to obtain eternal life. He healed a paralytic to demonstrate his right to forgive sins. He fed thousands of people with a little boy’s meal, setting the scene for which he claimed to be “the bread of life”.

He walked on the water, he appeased disassembled seas, he healed the sick, he restored mobility to paralyzed limbs, he gave sight to the blind and hearing to the deaf, and he even brought back to life an embalmed man named Lazarus. If Jesus performed miracles, it is partly to support his claims about the divinity of Jesus Christ.

The apostle John wrote: “Jesus did many more miracles in the presence of his disciples, which are not described in this book. But these things have been written so that you believe that Jesus is the Christ, the Son of God and that in believing you have life in his name “(John 20: 30, 31).

In the course of history, many people have claimed to be gods. Yet only one man has been willing to die to atone for the sins of others. One is raised from the dead to prove that he is the Son of God. According to the New Testament, after Jesus gave the life of his own free will on the cross of a hangman, he appeared to his most intimate disciples and more than 500 other disciples over a period of 40 days (1 Corinthians 15: 5-8). Eyewitnesses were convinced of his resurrection so much that they were ready to suffer and die to confirm the veracity of his statements. His disciples said that they had seen his bruised hands and feet, walked and talked with him, and had even eaten with him. Then while they were with him on the Mount of Olives, he gave them his last words and rose in the clouds. By a more spectacular departure than his arrival, Jesus left us with a better understanding of the angel’s announcement, which said, “[Now] in the city of David there is born a Savior, who is the Christ, the Lord “(Luke 2:11).