Is Jesus Christ a God or Just the Son of God?

Is Jesus Christ a God? This question is essential for the individual, and everyone has to find their own answer. If we go deep into history, lots of people have pretended to be God. But we must know that they lived in civilizations accepting many Gods.  Although these gods were dominant against the people, they nevertheless had their limits.  So, for instance, when the Roman Emperor pretended to be a God, no one cared about this madness too much.  But to be honest, when Jesus of Nazareth claimed to be God, questions were pretty sophisticated. We have to understand that Jesus didn’t state he was only one of the numerous Gods. His case was enormously bigger than that. He was brave enough in those turbulent times to reveal himself as the one real God of everything created. 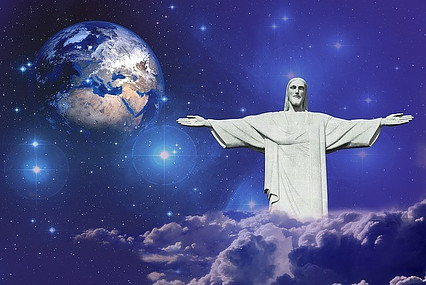 Is Jesus Christ a God? – Did Jesus Ever Claim to Be God?

Jesus was a Jew, and the Jewish conception of God was entirely unique. Unlike that any other culture, Jews firmly believed there is only one God, and he alone is the perfect, all-powerful, all-knowing uncreated ruler of all things. God is supposed to be without beginning or end, and God alone created and sustained the entire universe. He is without limits, and he has no competition. So when Jesus claimed all of this for himself, it’s no surprise that he ignited a firestorm of opposition. No one had ever done this before. In fact, for the Jews, the very idea of God taking the form of a man just did not exist. This concept is found nowhere in all of ancient Jewish literature. Jesus created an identity crisis by claiming to be the universe’s God. Each of us has to choose for ourselves who Jesus was. Because if he’s not God, how can we possibly explain his outlandish claim? He, indeed, wasn’t crazy or joking or lying. Let’s consider five other explanations.

Maybe Jesus was misunderstood. Perhaps he never indeed claimed to be God. But the historical evidence says otherwise. Centuries before Jesus, God revealed himself to Abraham as the great I am. So when Jesus said before Abraham was, I am his Jewish audience knew full well that he was claiming to be the same as God. That’s why they picked up stones to kill him. And when Jesus identified himself as the Son of Man mentioned in Daniels’s prophecy, the Jewish High Court was well aware that he was claiming to be the pre-existent ruler and judge of the universe. As a result, they unanimously condemned him to death. No, Jesus wasn’t misunderstood by the Jews. His claim to be God was unmistakable.

Is Jesus Christ a God or Just a Legend?

But what about this? Maybe Jesus was a legend in the first few centuries after the real Jesus lived. His followers invented the idea that Jesus was God. Is this valid? Was belief in the deity of Jesus added centuries later, or did the very first Christians believe that Jesus was God? Again the historical evidence speaks loud and clear. The earliest Christian writers made explicit references to Jesus who is. Our God, Jesus, is both God and man. Jesus was not a mere man but was God. So the idea that Jesus of Nazareth is God was not invented after the Christian movement began. Not at all. Christians always believed it from the very start. So this explanation fails.

Was He a Smart Political Strategist? 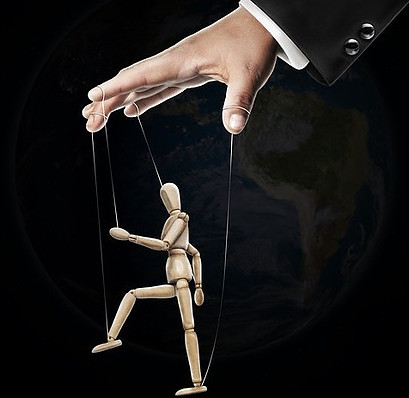 But another way to try to make sense of Jesus’ claim to be God is he was a smart political strategist. So is Jesus Christ a God, or was he a Smart Political Strategist? He falsely claimed to be God in the hope of focusing Jewish resistance against their Roman oppressors. However, in Jewish culture, claiming equality with God was not a good idea. In fact, it was a crime punishable by death. Jesus made it clear that he was not a political revolutionary. And the Roman government itself officially declared Jesus not guilty of inciting rebellion. So this explanation doesn’t work either.

But is it possible that the historical Jesus never even existed? No. In addition to the eyewitness testimony of the four earliest biographers, multiple Greek-Roman and Jewish historians document the existence of Jesus, who is called Christ. In fact, there’s as much documentary evidence for the life of Jesus as there is for Julius Caesar. That’s why the vast majority of New Testament scholars affirm that Jesus was an actual living, breathing historical figure.

Is Jesus Christ a God? There’s at Least One Other Option to Consider.

All of these explanations fall short for those who examine the evidence objectively. But for the open-minded, there’s at least one other option to consider.  Perhaps Jesus was who he claimed to be, unlike the other options. This explanation fits perfectly with historical data. But it does have one major problem. It’s not safe because if Jesus actually is God in the human flesh, then ultimately, your life is not your own, and real experience can only be found in him. Now is your turn to find an answer to what is the best option for you regarding the issue; Is Jesus Christ a God or not?