Jesus from Galilee Was the Temperament Galilean

Jesus from Galilee was, and very often we forget about this, the Orthodox Jud. He was a professional preacher, a talented healer, a brilliant and charismatic man who believed in the full fulfillment of the Jewish commandments. He firmly believed in the coming of the kingdom of God, that is, the approaching apocalypse. 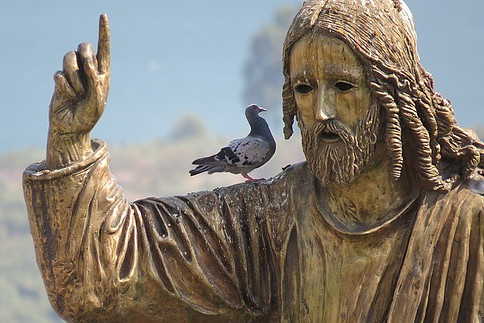 Jesus from Galilee Was the Temperament Galilean

And above all, He believed in the principle of unconditional love for the neighbor, which requires a man to does not love only his brother, but all people: “He had a disgustingly frightening Galilean nature; he came from the province from which most of the then rebels came. And it happened to him that they had executed him exemplary in the capital, and in the most embarrassing way on the cross, which, of course, was not called the cross at the time. ”

And what was Jesus from the Galilee not? Above all, he was not the man who would come to preach the gospel to all people, but he spoke only to the Jews. And it was not a man who would set up his own church.

The Community of Jesus

The community of Jesus’ followers, private, small circles, lived for a long time within the Jewish community until they were expelled from the synagogue. The real way of transforming Jesus’ words from the doctrines of the traveling preacher into the basis of a great religion has happened by Paul. Paul was the one who transferred the story of Jesus from the Jewish to the Hellenistic world. For he was a man who lived in both circles. He was Jewish by faith but was born in southern Turkey, and Greek was his mother tongue. He had three quality, which rarely merges in one individual. First, he was intelligent and highly literate. His apostolic letters, which are also part of the New Testament, are written in excellent, cultivated Greek. Also, he was diligent, hardworking, and fearless. And last but not least: he was a practical organizer.

Jesus from Galilee Became a Savior

Paul had, therefore, the brain of a rational scientist and the habits of a successful director, and when he saw the resurrection of Christ on his journey to Damascus, he made logical conclusions from his death and resurrection from the dead about his role and the meaning of Jesus’ life. Painful death is a punishment for sins, but Jesus from the Galilee, who was so close to God, could not be punished for his own sins, so he was punished for the sins of others. This means that the savior, sacrificial lamb in the sense of the traditional Jewish belief, that blood must be poured into the blood if it wants to wash away sin. Jesus, Paul concluded, came to save all men.

And so, the Jewish man, the son of a Roman citizen, who is called the apostle by the tradition, but did not even know Jesus from the Galilee, s. And he did something fateful and tragic: “The Christian communities in Jerusalem demanded that the new followers of Jesus first turn to the Jewish religion. Paul knew that this would be a big problem since this conversion requires circumcision and it would be difficult to persuade an adult man into such an act.”
So he separated Jesus from the Commandments, set him up for the end of the Jewish rules, and promised salvation to all those who believe in Jesus of the Savior: “Most likely, all of us, believing and unbelieving, often asked how Christians could have committed so many cruel crimes in the Crusades, during the Inquisition, in the genocide of the Indians, in the Holocaust. How did all this happen in the name of a man who commanded “love to all people” as the supreme command?
This has been done because Paul told them that they were entitled to God’s grace, even if they did not do good works. ”

Then Jesus from Galilee Became a God

The second key man of Christianity, as we know it today, is the author of the fourth gospel, the Apostle John. In the name of truth, he was not an apostle, because his record of Jesus’ life was written between 100 and 110 AD, and like a second, his name probably was not John.

In John’s Gospel, Jesus from Galilee turns into a mysterious alien. And he gets the attributes of God’s being, the envoy of God in the material world. So the foundations for the statement of Bishop Ignatius of Antioch arise at this moment, who soon after the announcement of the gospel of John told to people who did not want to be Jewish, but they wanted their God: “Jesus is our God.”

Is Jesus God or Man

Is Jesus God or Man, whether it is from God or is there with Him, or has one nature or double: these are the great theological questions that for centuries employed the Christian community. And answers to them were far from self-evident: “Church history always endeavored to see the development of Christianity as a single process from which individuals have fallen out. But it was not so because different Christianities competed among believers.
The rest is the one who won, and the other is lost. The main feature of this era of conflicts and debates is that Christians have increasingly been concerned with what to believe, and less and less with how to live, how to follow Christian values.

Disputes, victories, and defeats eventually gradually led to unification. The central man of this process is the famous Constantine, the Roman Emperor, who finally stopped the persecution of Christians. It is symptomatic that the symbol of Jesus crossed the Greek letters H and R, the abbreviation for “Christ,” showed before the battle with the famous river: “In hoc signo vinces” (in this sign you will win).

The Weapon Was the Slovenian Wind

It took several decades, and the Christian faith slowly became the official religion of the mighty Empire. Her final triumph happened near the Slovenian waters in the Vipava valley, in the famous battle of the cold river, at today’s Hubelj. The Christian Emperor Theodosius, who lived in the city of Byzantium, fought here with his pagan military deputy in Rome, Arbogast, who rebelled and wanted to take power. Decisive, an epic story speaks, was the wind that helped Theodosius’ arrows.

God Won With the Help of Wind

God, therefore, won by the help of wind, but for the legacy of Jesus from the Galilee this was not entirely good news: “The Christian church becomes the state church. It receives the power of physical violence and the power of wealth, which has dramatic consequences. In 50 years, he turns from a persecuted church to a church of persecutors. Only a few years later, Bishop Augustine established violence as an acceptable method for turning into an actual religion.

When the generations of Roman bishops, who did not have a privileged position in comparison with bishops elsewhere in Europe. They succeed in establishing Rome as the center of Christianity and being named Popes. With the slow and persevering work, an institution that we know today is created. In fact, there are two institutions: “There was a tremendous spiritual split in the church of Christ. And since then, there are two churches in it. One is the influential, greedy church of the Roman Empire, and the other is the Church of Jesus’ Gospel. Part of the same institution is Francis of Assisi and the disgusting popes of the Borgia family

Which Church Will Prevail?

Which will prevail? This question can not be answered. In history, the wheels cannot be turned back. Sometimes only one person decides where the stream will be directed.

Christianity was definitely a positive twist of paganism. Jesus’ teaching is a high school of ethics, and if Christianity developed in this direction of unconditional love for our neighbor, we would have a paradise on earth today. But man is not able to accept it biologically. We carry the evolutionary burden, and our faith and consciousness are just a thin layer on the crust of the subconscious.