The Origin of the Christmas Tree Tradition

There are many different theories or speculation about the origin of the Christmas tree tradition. Read this article to learn more about this topic.

Did you know that decorating trees with silver and gold – in connection with a heavenly event – is mentioned in the Bible? Nevertheless, it is not a favorable reference.

The prophet Jeremiah lived many years under the Babylonian rule and he saw the customs of this nation. As you read the Bible passage that follows, ask yourself if this practice sounds familiar to you. Maybe you and your family do exactly the same thing in your home, year after year, at Christmas time. Jeremiah wrote, “Hear the word that the LORD has spoken to you, O house of Israel! Thus saith Jehovah: Do not imitate the way of the Gentiles, neither fear the signs of heaven, because the nations fear them. For the customs of peoples are the only vanity. We cut the wood in the forest; the hand of the workman works with the ax; it is embellished with silver and gold, fixed with nails and hammers so that it does not move. These gods are like a massive column, and they do not speak; we wear them because they cannot walk. Do not fear them, for they can do no harm, and they are unable to do good “(Jeremiah 10: 1-5).

The Origin of the Christmas Tree Tradition 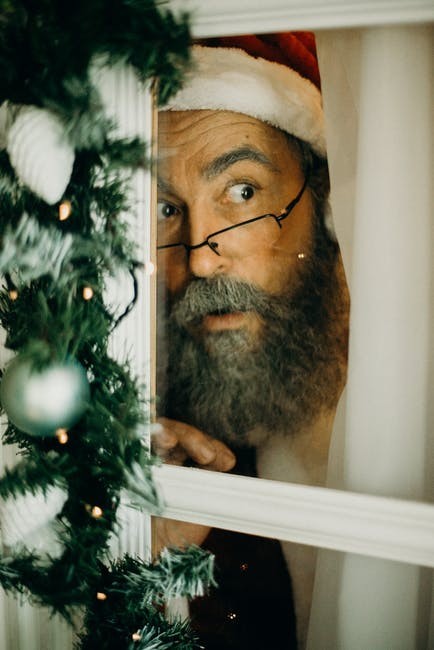 In the Western world, the tradition of decorating an evergreen tree for Christmas – mainly a fir tree – was preserved by the Germans, who spread this tradition throughout the rest of Europe and the English-speaking world. Any serious historian of this period will confirm that the use of conifers and holly in connection with the festivities of the winter solstice is a tradition that was perpetuated well before the birth of Jesus Christ.

For millennia, evergreen trees have been a symbol of the return of life during the cold winter months, when all vegetation seems dead or asleep. Unlike other plants, fir trees and holly remain green during this season. It is not surprising that these sturdy plants were once used to celebrate the winter solstice festivities and symbolized the residual life in nature, even during the long months of cold. While all the vegetation seems to die, the evergreen trees were seen as the symbol of a promise that life would return the following spring.

This link has been known for a long time. This is not a recent discovery.

“In the Roman world, the Saturnalia (17-24 December) was a time of celebration and exchange of gifts […] The lights and the lights, symbols of heat and long life, have always been associated with the festivals of winter, both pagan and Christian […] Evergreen trees, symbols of survival, have long been associated with Christmas festivities “(” Christmas “, volume 5, 1970 edition, page 704).

Let’s go back more closely and explicitly on the origin of the fir tree at the Christmas party.

1 – The Origin of the Christmas Tree Tradition: The Fir Tree

In 2000 and 1200 BC, there was already talk of a tree (spruce, tree of childbirth); the cheek of December 24, since this day was considered as the rebirth of the sun. The Celts had adopted a calendar based on lunar cycles. Each lunar month was associated with a tree, the epicea was that of December 24th. For the pagan rite of the winter solstice, a tree symbol of life was decorated with fruits, flowers, and wheat.

*** Because Young Fir Is Stronger Than Oak

It is said that a German evangelist monk of the end of the seventh century, Saint (born in 680), wanted to convince the Druid’s German, of the neighborhood of Geismar, that the oak was not a sacred tree. He had one of them slaughtered. “When falling, the tree crushed everything in its path except for a young fir”.

From there, the legend did its work. She recounts that Saint Boniface described this pure chance as a miracle, and declared in his same preaching: “From now on, we call this tree, the child of the Child Jesus.” Since then, young fir trees have been planted in Germany to celebrate the birth of Christ.

In the eleventh century, the Christmas tree, garnished with red apples, symbolized the tree of paradise. It was in the twelfth century that the tradition of the fir tree appeared in Europe, more precisely in Alsace.

*** Christmas Tree Is a Protestant Invention

It is mentioned for the first time as a “Christmas tree” in Alsace around 1521. In the fourteenth century, the decorations were composed of apples, sweets, and cupcakes. At this same time, the star at the top of the tree, a symbol of the star of Bethlehem began to spread. It was the Protestants in 1560 who developed the tradition of the Christmas tree to stand out from the Catholics.

In the seventeenth century and the eighteenth appeared the first illuminated firs. Oil-filled nutshells were used on the surface of which wicks floated or soft candles were tied around the branches.

*** A Christmas Tree in the Castle of Versailles

It is in 1738 that Marie Leszczynska, wife of Louis XV, king of France, would have installed a Christmas tree in the castle of Versailles. Then more and more Christmas trees were found, particularly in Alsace-Lorraine, where the fir tree tradition already existed.

*** The Whole Country Adopted This Tradition

In 1837, the Duchess of Orleans Helen of Mecklenburg, of German origin, had a fir tree decorated at the Tuileries. This tradition became widespread after the 1870 war throughout the country thanks to immigrants from Alsace-Lorraine who made widely known the tradition of the Christmas tree to the French. It was at this time that the whole country adopted this tradition.

After the war, the workers want to be associated with the life of their establishment. The works councils are then born and among the traditions very quickly put in place, is the famous Christmas tree of the works council. For one afternoon, the children of the employees are invited to a show followed by a snack, often with a gift-giving, not to mention the large Christmas tree decorated and installed for the occasion.

2 – The Exchange of Gifts

The custom of exchanging gifts during the end-of-year celebrations goes back at least to Roman times. The popular New World encyclopedia explains:

“The Saturnalia celebrations included preparing and giving small gifts (in Latin: saturnalia and sigillaricia). These holidays were observed for several days, from December 17 (the birthday of Saturn) to December 25 (the birthday of Sol Invictus, the “undefeated sun”). The combination of these festivals produced a prolonged winter festive season … The Sol Invictus feast on December 25 was a sacred day in the Mithraic religion, which was widespread in the Roman Empire. His god, Mithra, was a solar deity of Persian origin, identified with the sun. He showed his invincibility as “Sol Invictus” when he began to rise higher in the sky after the winter solstice – therefore, December 25th celebrated the birthday of the sun. In 274 AD, Emperor Aurelian officially designated December 25 as the feast of Sol Invictus “(” Christmas “, New World Encyclopedia).

3 – The Origins of the Name: Christmas

Two main hypotheses are advanced concerning the origin of the word “Christmas”. Some argue that it would be a deformation of the Latin natalis, meaning “birth”. In the 12th century, this word was written nael in old French and it shares the same root as Nativity (from Latin nativitas) celebrated on December 25 (“Christmas” and “Nativity”, Dictionary The Great Robert). Others think that “Christmas” comes from the contraction of the Gaulish words “noio (new) and hel (sun), it would mean” new sun “and would be related to the rebirth of the sun at the time of the winter solstice” (Christmas Ethnology, Martyne Perrot, Grasset edition, page 22). In either case, the Bible teaches nowhere to observe the birthday of Jesus Christ or the rebirth of the sun.

In the English-speaking world, Christmas is called “Christmas”. This word comes from the Catholic expression “The Mass of Christ” (in English, Christ’s Mass). “The first occurrences of the word Christmas, the Mass of Christ, are found in Old English in the form of Cristes Maesse in 1038 and Cristes-Messe in 1131 […] Christmas [Christmas] was not part of the first festivals of the Church” (“Christmas”, Catholic Encyclopedia).

The story of the December 25 celebration is much older than the birth of Jesus, and it entered Christianity as a Christianized pagan holiday. The first fathers of the Catholic Church wanted to make newly converted pagans feel at home in the Catholic faith and often found it convenient to attach “Christian” meaning to exist pagan practices. Historically, these pagan practices included the exchange of gifts, feasts, the decoration of fir or holly, the kiss under the mistletoe, and the celebration of the birth/rebirth of a god.