Through this biblical passage, we invite you to embark on a walk in the orchards and forests of the Bible. Hence the title of this article: The trees of the Bible.

” Then God said, Let the earth produce greenery, grass bearing seed, and fruit trees yielding fruit after their kind and having their seed in them on the earth. And that was so. ” (Genesis 1:11). 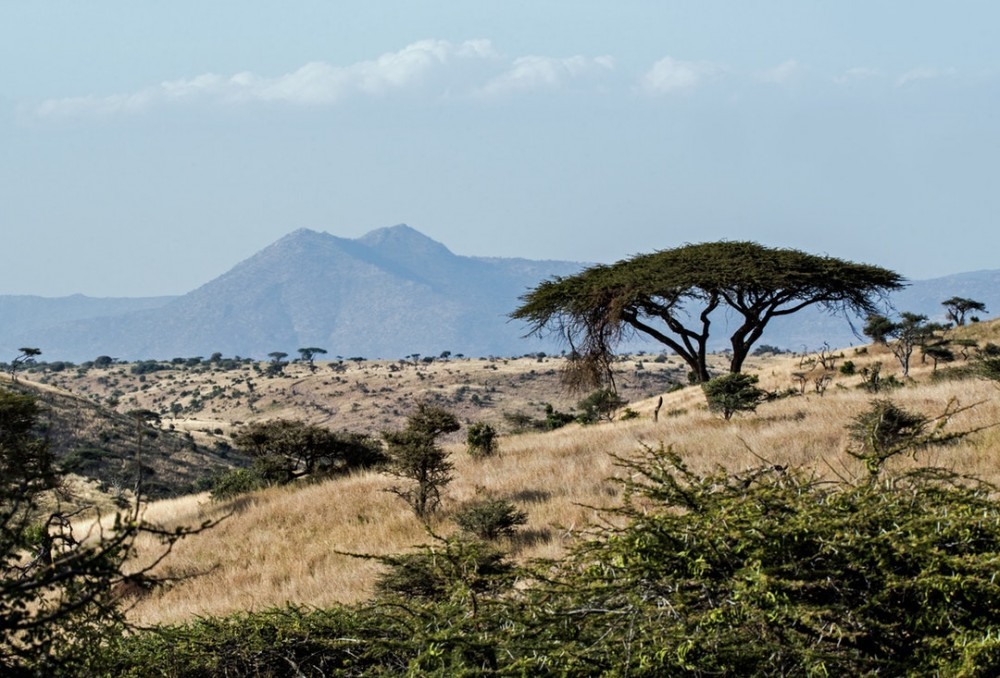 In the wood of the Greek New Testament, where the tree is called ” Dendron “, there are fewer trees, but we will see that they are just as full of significance.

Note that the biblical forest is full of trees. We will try to list some kinds of trees mentioned in the Bible. Here is a list of trees: [*** Tree descriptions are from the Wiktionary dictionary ***]. This list is not exhaustive either!

The Trees of the Bible

– Acacia (Exodus 25: 5): Kinds of trees and shrubs belonging to the single-parent family of Fabaceae (subfamily Mimosoideae), which possess prickles and two species, one of which provides gum arabic and the other chewing gum from Senegal).

– Sandalwood  (2 Chronicles 2: 8): Species of small trees, with opposite leaves, with hermaphroditic flowers, which grow in the Far East.

– Appletree (Song of Songs 2: 3): Fruit tree, the tree of the Rosaceae family, of the genus Malus, which produces apples.

– Mulberry  (2 Samuel 5: 23): Genus of the family Moraceae, alternate deciduous trees or shrubs, flowers in kittens, and whose compound fruits are blackberries.

– Broom  (1 Kings 19: 4): Kind of plants of the family Fabaceae, which contains a large number of shrubs and shrubs, most with yellow flowers.

– Cedar  (1 Kings 4:33): in Europe, in the field of Botany, it is designated as a species of the genus Cedrus. A large conifer of the Pinaceae family, with horizontal branches in superimposed planes and globular and erect cones, often used for ornamentation and whose wood is considered incorruptible.

– Cypress  (2 Kings 19: 23): A dark green tree of the family Cupressaceae, which rises straight and pointed and is often planted in cemeteries. 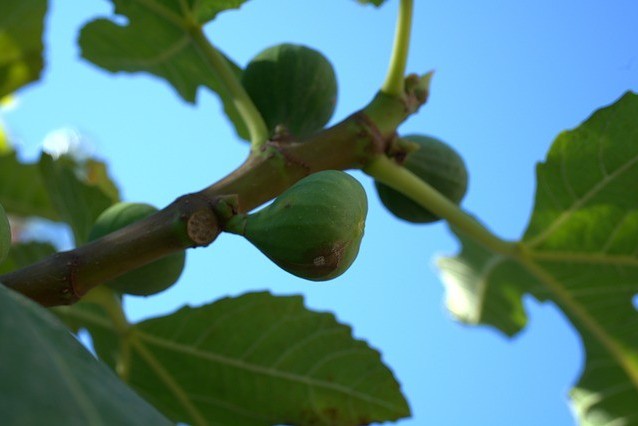 – Myrtle  (Nehemiah 8:15): Kind of evergreen shrubs of the family Myrtaceae.

– Oak  (Genesis 35: 8): Genus of trees and shrubs of the northern hemisphere, deciduous or evergreen, simple and alternate, and whose fruits are acorns, fixed in a cup.

– Olivier (Judges 9: 8): Tree of the family Oleaceae, whose foliage is always green and which carries the olives.

– Palm tree  (Exodus 15: 27): A monocotyledonous plant native to warm regions (angiosperm monocotyledonous angiosperms, family Arecaceae or (Palmaceae)) – a simple stem, bare and rough (called stipe), crowns a bunch of large palmate leaves or pinnacles arranged in fan, with flowers in clusters, and whose fruits are berries or drupes.

– Poplar  (Genesis 30:37): Genus of large trees in moist, dioecious places, with male or female flowers united in pendent kittens, and appearing before leaves that are deciduous, simple, and alternate.

– Sycamore  (Luke 19: 4): A kind of fig tree very common in Egypt and the Near East in Antiquity.

– Tamaris (Genesis 21:33): A shrub with very small leaves and flower spikes, which is widespread in the Mediterranean region.

– Willow  (Ezekiel 17: 5): Kind of trees or shrubs, deciduous, alternate, ovate or lanceolate, with flowers in kittens, male or female, borne by different feet (dioecious plants) and growing usually in meadows and along streams.

– Vine  (Psalms 107: 37): A plant with a woody stem and usually a tortoise, which produces the grapes from which wine is made. 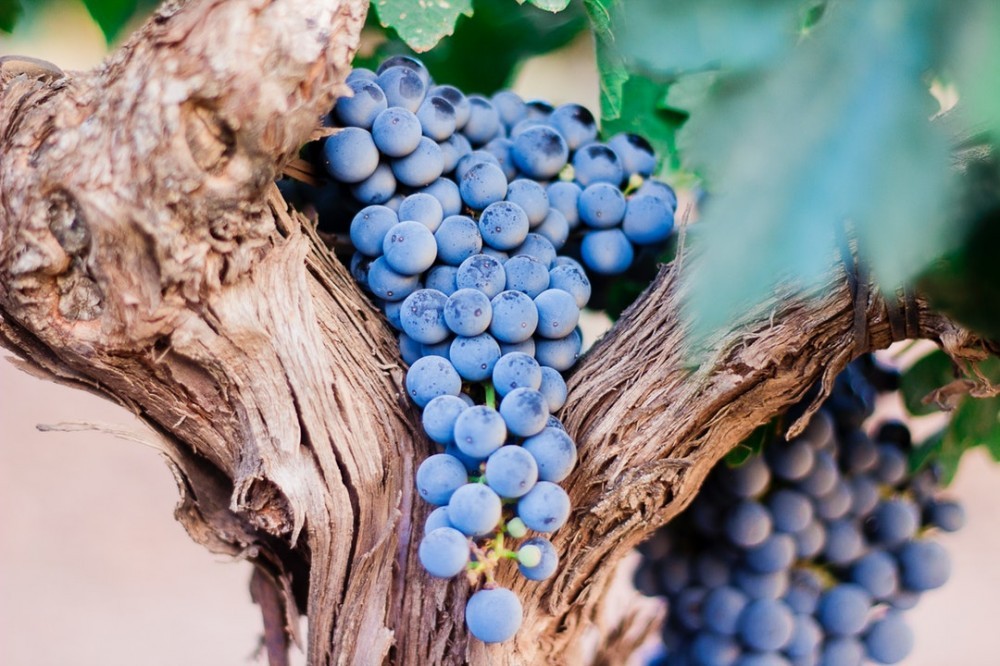 So far we have explored a few kinds of trees in the biblical forest. However, it should be noted that the trees of the Bible are often used in a symbolic way. Here again, we will explore only a few of the symbols. Study it with PATRICE ROLIN.

The Trees of the Bible, Meeting Place and Revelation

Often in the Bible, under the shade of discussion, they are meeting places:

Paradoxically, in the story of the Garden of Eden, in Genesis 3, it is then that they hid among the trees of the garden (for the reasons that we know) that God comes to meet the man and woman.

In the New Testament, it is then that he climbs into a Sycamore, to discreetly observe Jesus, that the tax collector Zacchaeus is met by him (Luke 19: 1-10).

And then, there is Nathanael, in the Gospel of John, which Jesus had already seen under the fig tree (John 1: 48-50).

One could also think of the branches of trees of ” Palm ” that the crowd of Jerusalem agitates and places on the way of Jesus mounted on a colt (Matthew 21: 8).

From encounter to revelation, there is only one step. And the tree is also in the Bible a place of a revelation:

• Think of Abraham’s revelation encounter with three mysterious travelers under the oak of Mamre (Genesis 18: 1-15) …

• You are also already thinking of the episode of the burning bush where Moses meets the God who sends him to liberate his people (Exodus 2:23) …

• In the second book of Samuel, in chapter 5, it is in a footstep at the top of mulberry that God reveals to David the moment when he will fight with him (1 Samuel 5:24).

• In the book of the prophet Jeremiah, the almond tree is established as a watchman. This tree whose early flowers usually announce spring will, for the occasion, reveal to the prophet the misfortune that comes from the North.

• In the New Testament, Jesus will invite his worried disciples of the end of the world to ponder the example of the fig tree:

“… Let yourself be instructed by the parable from the fig tree: as soon as its branches become tender and the leaves grow, you know that summer is near. Likewise, you too, when you see these things happen, know that he is near, at the gates. Truly, I say to you, this generation will not pass that all this happens. … “  (Mark 13: 28-31).

The Trees of the Bible, Image of the Kingdom of God

The tree is also the Kingdom of God promised so let’s listen to finish a last story of the tree: “… Jesus offered them this other parable: Here is what the Kingdom of Heaven is like: a mustard seed that a man has taken and sown in his field. It is the smallest of all seeds; but, when she has grown, she is bigger than the vegetables and she becomes a tree so that the birds of the sky come to live in its branches. … “  (Matthew 13: 31-32).

The Trees of the Bible, Symbol of Fertility

In the Bible, and especially in the New Testament, fertility or the non-fertility of trees is also, the metaphor of a test. Thus in his virulent preaching, John the Baptist declares to those who come to be baptized without drawing the concrete consequences in their lives: “… Viper, who showed you how to flee the coming wrath? Produce therefore fruit worthy of radical change; and do not think you can say, “We have Abraham for father! Because I tell you that these stones God can raise children to Abraham. Already the ax is ready to attack the trees at the root: any tree that does not produce good fruit is cut and thrown into the fire. … “ (Matthew 3: 7-10).

We also remember the fig tree cursed by Jesus because he had no fig and the barren fig tree for which the gardener gets the owner a delay before cutting it.

The fruiting or the non-fruiting of the tree have become criteria of judgment.

The Tree, Symbol of a Possible Rebirth

It is true that this last image has a great power of evocation; moreover, several passages of Scripture refer to it positively. The tree is a symbol of possible rebirth.

Think of the “… Aaron’s staff” which, planted in the earth “… had produced buds, given flowers and made almonds ” (Numbers 17: 16-23). This was the choice of God, the vigor and skill of Aaron to lead the people with Moses.

This ability to recover vegetation from a seemingly dead piece of wood was obviously used to represent the hope of a possible renewal after the exile disaster. Thus the prophet Isaiah who has just announced the total destruction of the people declares (Isaiah 6,13b): “… but as the oak and the oak preserve their stock when they are slaughtered, his stump will give a holy descent. … “

The Tree, Symbol of the Powers of the World

In the Bible, the tree is also sometimes seen negatively. Thus, it is sometimes the image of the powers of the world, their calculation, and their excessiveness. Let’s listen to the fable that Yotham shouts from the top of a hill to try to thwart Abimelek’s choice as King of Shechem. It’s in the book of Judges, in chapter 9:

“… Listen to me, notables of Shechem, and may God hear you! The trees went to anoint their king. And they said to the olive tree, Be our king! But the olive tree said to them, “Shall I give up my oil, which the gods and the humans have in my house, to go swinging above the other trees? Then the trees said to the fig tree, Come, be your king! But the fig tree answered them, Shall I forsake my sweetness to my excellent fruit, to go swinging above other trees? The trees then said to the vine: Come, be your king! But the vineyard answered them, Shall I give up my wine, which rejoices the gods and the humans, to go and swing me above the other trees? Then all the trees said to the bush of thorns, Come, be thou our king! The bush of thorns answered the trees: If it is fair that you want to confer to me the anointing that I may be king over you, come, shelter under my shade; if not, let fire come out of the bush of thorns and devour the cedars of Lebanon! Now, – says Yotham – is it with loyalty and integrity that you acted by making an Abimelek king? … ” (Judges 9,7-16)

It would be necessary to dwell on it for a longer time, but it is clear that there is a satire of powers whose only motivation is their own interest.

In other, more virulent passages, trees are even the image of the human pride of excess and tyranny.

• In Isaiah for example (10: 33-34), where God slays a forest depicting the enemies: “… The Lord breaks the branches with violence: the highest peaks are cut, the highest is thrown down. He cuts down the thickets of the forest with iron, and Lebanon falls under the Magnificent. “

Conclusion on the Trees of the Bible