From the beginning of the twentieth century, the French psychologist Alfred Binet proposes to take into account the imagination in the evaluation of the intelligence, by elaborating tests where the children can provide several answers to the same question. Unfortunately, the tool devised by Binet will sink into oblivion and the concept of imagination or creativity will hardly stimulate French researchers thereafter. It was in the United States that it took off in the mid-1950s.

All men possess in them a talent. Each of us has a “champion sleeping in him”. Every man has potentialities. Just as every man can be creative. Let’s say; everyone has the opportunity to use the creative brain. Indeed, some factors come into play when it comes to the creative brain. What is creativity? How does the creative brain develop? How to stimulate the imagination in children? 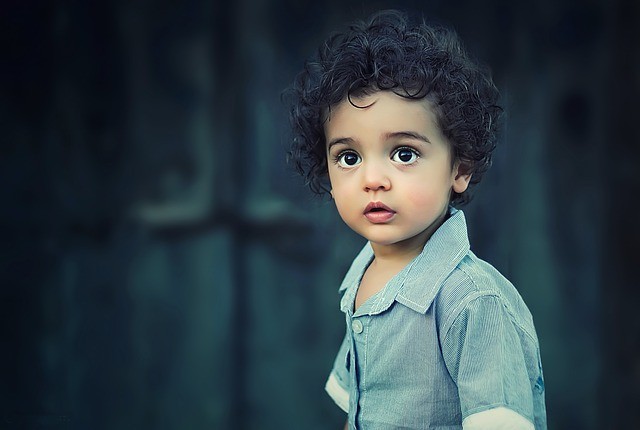 Creativity can be defined as the ability to generate original ideas that add value in a given field – science, art, business management, food, and so on. – Human beings are creative by nature. They constantly do creative things, sometimes without realizing it: they solve small problems, invent new sentences that nobody has ever spoken before, invent solutions, etc.

Thus, an idea, a concept, an artistic production, to be considered as creative, must, on the one hand, be distinguished from what has been previously proposed and, on the other hand, satisfy the constraints of the environment where they exist express themselves.

Creativity is not a gift, it is acquired, developed or extinguished depending on the environment.

All Human Beings Are Born with the Creative Brain

At birth, a baby has about 100 billion neurons, most of which are not connected to each other and cannot function autonomously. Neural networks must be formed, which requires thousands of billions of points of contact (or synapses) between neurons.

These synapses are part of the miracles of the human body and depend both on genetics and the experience of the first years. Of the many factors that influence the brain development of young children, none is more important than the care and affection of early childhood.

Every touch, every movement, and every emotion is translated into a chemical and electrical activity that contributes to the evolution predicted by the genes while slightly modifying the neural networks of the child. Human relationships are as important to the development of synapses as nutrition, auditory stimulation, and light.

The brain develops during childhood at a rate that will never be equaled thereafter. 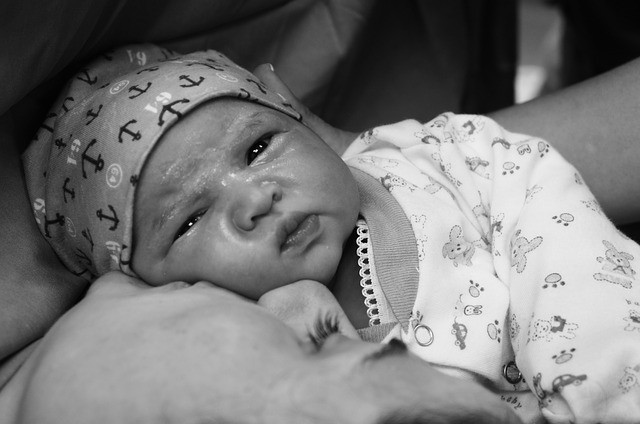 During the first years of life, the brain is very vulnerable: the relationships of parents and friends with the child have profound effects on the structures and circuits of the brain, on the overall development of the brain, which does not will reach maturity at the end of adolescence.

All that the child will experience, all his affective, relational experiences, will immerse himself deep within him, in his brain, modifying, modeling, his neurons, his brain circuits, his brain molecules, his brain structures and even the brain expression of certain genes.

Early childhood care and affection have a decisive and lasting influence on the development of children from the youngest age to adulthood, as well as their ability to learn and control their emotions.

Creativity is the key to a deeper understanding. Creative and experiential learning transforms young learners into thinkers who can explore their interests using their creative powers.

Dr. Shelley Carson, a creative brain study specialist, psychologist at Harvard University and author of “Your Creative Brain: 7 Steps to Maximizing Imagination, Productivity, and Innovation in Your Life,” explains that the impact of genes in human creativity does not go beyond ten or fifteen percent There are seven stages associated with mental creativity, which we can all improve and develop: connect, reason, visualize, absorb, The secret is to develop new neuronal connections that put the stages together, connecting the different areas of the brain involved in the creative process.

The Cognitive Psychologists view creativity as the ability to solve problems of all kinds and develops from an early age. All human beings are born with a potential for creativity; Creativity is not only the privilege of musicians, painters, writers, and artists; all can be creative in all areas of their lives.

The Creative Brain Develops from Childhood 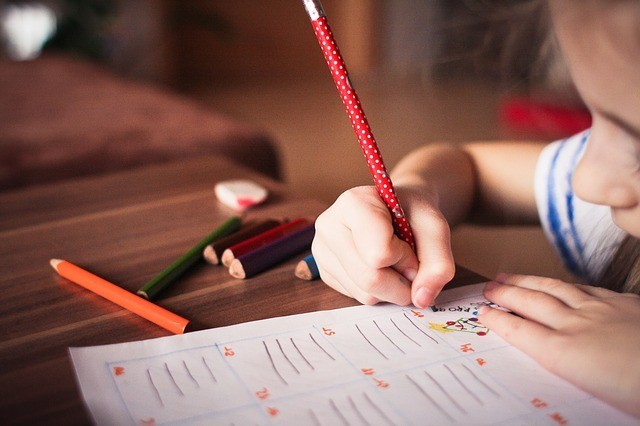 Developing creativity will allow children to reason, to question them, to search for innovative solutions to everyday problems.

Exposure to creative goals at an early age is the key to helping children motivate themselves to do creative things on their own.

Once the child shows the love of learning, it is important to make sure that it will be intellectually stimulated at school.

Parents with children who have these exciting interests are advised to follow the flow, be curious to discover their children’s passions and do some research to find teachers, courses and activities that promote the talent of their children or son.

Sometimes the child has different talents and passions than those of his parents. They should have an open mind and encourage the true interests of their children, instead of forcing them to take a different path.

What motivates a child to be creative is a combination of heredity and the unique qualities of the individual.

To stimulate creativity in the home, the first thing to do is to create a family atmosphere where acceptance of each child with their characteristics, their abilities, and their difficulties reigns. Recognize them as unique and different human beings to parents, with many resources to succeed.

How to Stimulate the Creative Imagination in Children?

* Through the game, offering him materials with which they can express themselves freely, such as play dough, clay, building blocks, sponges. Let it conceive and create freely through manipulation, without censorship or criticism.

* With paint supplies, watercolors, pens, markers. By using large-area papers, without giving him to copy an already established design.

* Using disposable items for the child to invent his own toys. A puppet with a paper bag, a truck with a shoebox, etc.

* Be flexible in the use of different procedures at the time of play. For example, when he makes a house, without blocks, but with boxes.

* Valuing creative efforts – rewarding them when they try new things or do them differently.

* Encouraged verbally when giving an original answer to a question or problem.

* Encourage his verbal fluency and vocabulary so that he has the necessary resources to enable him to better express his ideas.

* Favoring, for example, the flexibility of thinking, helping to see that a problem can have several solutions.

* Role-plays and puppet shows, dances, costumes, hiding or shelter, with which he will be able to invent his roles and his own adventure.

* Read stories to him every day, to give him free rein to fantasy and imagination.

* Provide an “enriched” environment for young children, conducive to creativity.

* Provide different and interesting objects to observe them, with a variety of colors; change them regularly.

* Let yourself be surprised during a creative activity such as reading, writing, painting or playing a musical instrument.

* Encourage the expression “what”. (“what” in questions such as “Can you imagine” what “would grass be if it were red instead of green?” or “what” would be if we lived in the sky and we could see our house downstairs?).

* Link it with creative activities such as art museums, concerts, and shows.

* Connect with other creative children, perhaps through art classes or drama.

How to Encourage and Stimulate Imagination in Children

Any new sound or visual stimulation provokes new sensations and opens the doors to a larger and more exciting world.

To stimulate his imagination, read him stories in far-off lands, with imaginary characters. You can also choose pictures books that will enrich his vocabulary and help him to visualize things: how to imagine being a turtle when you have never seen one? Choose books filled with big colorful pictures and enjoy the fact that you can still invent what you want. When your child knows how to read, he will insist that you strictly adhere to the text.

All that your child’s brain needs now is to receive information. Show him pictures of ladybug or cats, imitate the scream of some animals and the sound of vehicles. Give a different voice to the characters you play and talk about what happened or what happened to the characters. Do not abuse video or television, which work instead of your child’s imagination. Let your child mentally picture his own images.

Children learn a lot by inventing stories around events from their everyday lives and their imagination. When your child invents a storyline and plot with characters, he develops his social and verbal abilities. These skits in which he plays again the sadness, the joy, the fear or the sense of security, help him to solve his small emotional problems.

Playing the superhero, horse or wizard helps him feel stronger and realize he is responsible. Your child also learns self-discipline by setting rules for himself or his classmates. These famous rules elaborated between children and which always surprise so much the adults. These creations also help your child understand the connection between cause and effect by for example imagining how a frog or a dog would behave in a given situation.

Perhaps most importantly, by inventing imaginary situations and offering them a conclusion, your child learns to be creative and overcome obstacles. A study has not only shown that imaginative children in their infancy maintained this quality when they grew up, but also that they were more able to solve problems. Children who were imaginative as children showed more resources to face challenges and difficult situations.

The changes that occur in the child’s development during the first years of his life are exceptional. Professionals and caregivers recognize the child’s progress as they begin to smile, laugh, sit, crawl, chirp and talk.

The child begins to socialize and play with other children. He acquires the necessary abilities to get along with others, such as waiting for his turn, sharing and following instructions. He also learns the skills that will help him in his school careers such as drawing, counting, reading, and writing.

Every Child Develops at His Own Pace

The development of the young child usually follows a sequence. The child must master one skill before he can acquire another. That said, every child develops at his own pace. Sometimes a child takes more time to master a new skill or it seems to skip a step in the planned sequence according to his or her pace of development.

Promoting creativity, for example, helps children to flourish and learn. Encouraging creativity also helps them develop good problem-solving skills that will be useful to them in all facets of their lives.

You can promote creativity by encouraging your child to come up with new ideas, congratulating them on their ideas, and explaining why some ideas are better than others. You can also say that one idea can work in part or be combined with another to make a new idea, much better.

Tell your child that you believe he is creative and that you do not care what others think about his ideas or abilities. It would also be good to tell him that there is often more than one solution to a problem. Let your child guide you. Whatever your field of interest, be it radio waves or crocodiles, encourage him to deepen it.

Finally, try to have a creative mind and talk about his ideas with him and other family members.