Psychic disorders affect all populations, regardless of sex or age. These types of psychiatric disorders can be chronic or permanent.

Depression, addictions and disorders related to drug or alcohol use, anxiety and phobias, eating disorders, schizophrenia, bipolar or borderline disorders are examples of mental disorders. 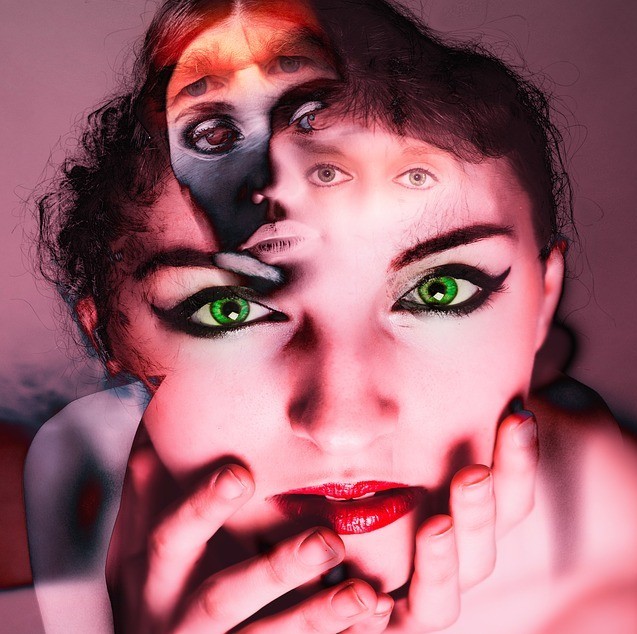 I – Definition of Different Types of Psychiatric Disorders

Mental health, an essential component of health, is a state of well-being, and the ability of the mind to function normally and respond appropriately to the stimuli of the environment. We then speak of mental disorders when this state of well-being is disturbed by psychiatric affections. The individual is then unable to adapt to difficult or painful situations and maintain his psychic balance.

– 75% of psychiatric conditions begin before the age of 25.

– 1% of the population in the world is affected by schizophrenia

II – Definition of a Behavioral Disorder

Behavior can be defined as the way of acting, the way to behave in life. This term does not only concern the human species; it can also be applied to animals, and even to physical objects. So it’s a very general term. This behavior can be disturbed. This disorder can be quantitative or qualitative.

On the quantitative side, the behavior may be in excess or in default. Excessive behavior will create agitation, instability, aggression, noise, hyperactivity; it is often in this restricted sense that the term behavioral disorder is used; someone who is agitated will disturb them: he will have to calm down.

We all too often forget that default behavior is just as problematic. Someone who does not speak, who does not move, who is forgotten, who is inhibited is as much suffering as agitated but he does not disturb. We will, therefore, tend to underestimate the importance of his problem.

The behavioral disorder can be qualitative: it is then a deviation, maladjustment, and inadequacy to reality, a quirk.

III – The Appearance of Different Types of Psychiatric Disorders

Psychic disorders can manifest in many ways and at different ages.

In the majority of cases, it is in adolescence, between 15 and 20 years, that these disorders manifest themselves, in most cases acute.

Sometimes, between the ages of 20 and 30, when entering the workforce, a behavioral disorder appears, disrupting the person’s life.

The appearance of the disorders can be progressive. Attitude changes, bizarre remarks, withdrawal from the family group, distance from friends, loss of interest in usual activities.

First, we do not understand or we do not want to understand – we give these behaviors an external cause: adolescent crisis, heartbreak, school failure, fear of exams, or taking drugs.

It also happens that the beginning of the disorders is brutal, (this is particularly the case during schizophrenia) and entails a real risk for the person and for those around him: attempted suicide, extreme agitation, violence, running away. 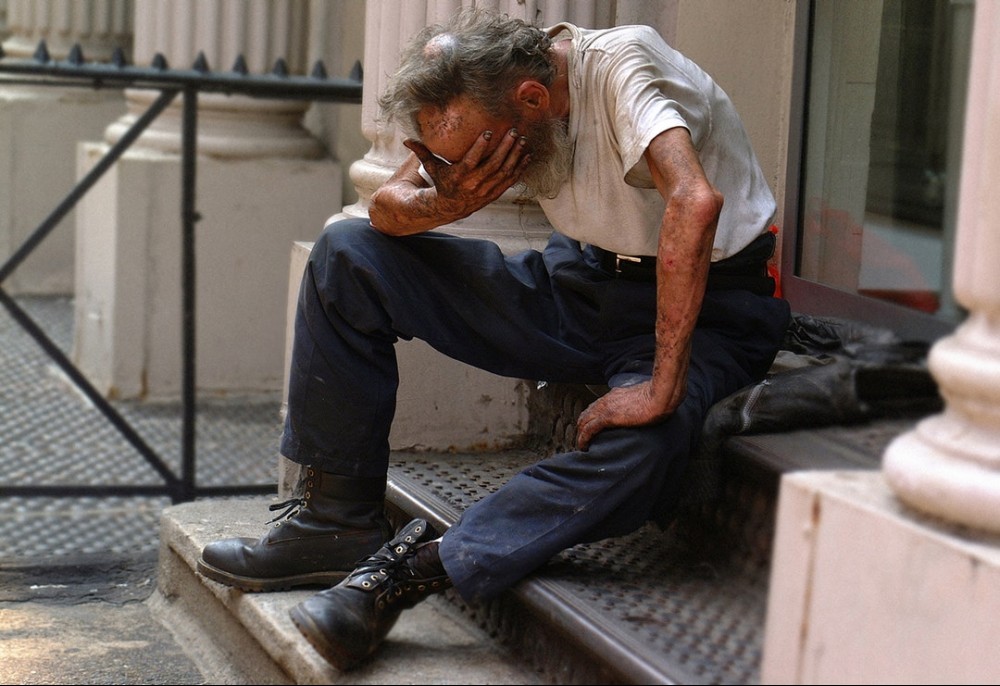 A psychiatrist was asked ” but why is he taking drugs? Replied: but … because he suffers.

The abuse of drugs or hypnotics of all kinds concerns a very large number of people with mental disorders. These consumptions are as much to calm the anguish caused by psychotic symptoms as to experience a certain pleasure. They can lead to addiction, addiction.

Alcohol, according to the patient, aggravates his depressive state or makes him aggressive.

The specialist will judge the reality and the severity of the addiction and will eventually propose ways to bring the patient to moderation of its consumption.

It also appears that the stabilization of the disease reduces the consumption of toxic substances.

For people with mental disorders, money management is often problematic.

For lack of anticipation, the vast majority of these people are unable to manage their resources: the chronic discovery that can reach very large sums, perhaps a ban on banking, debt with friends or relations…

If the situation persists, it will be necessary to admit that the person concerned is not able to manage it and that it must be subject to legal protection.

To make such a decision, it is better to seek advice from professionals: social services and/or legal and a delegation of Unafam in the regions (the case of France).

The “crisis” is the culmination of psychic illness. The crisis can be manifested by a suicide attempt.

The crisis often results in hospitalization. This hospitalization, even if you live it as a new “confinement” can allow the patient to take a step towards stabilization.

The Borderline personality is also known as the “borderline state” or “border state”. The apprehension of this disease is complex because it is difficult to know if it is a psychic disease in its own right or a personality disorder. Sometimes it is only the first manifestation of a psychotic disorder.

The borderline personality is characterized by a great instability of interpersonal relations, emotional instability, a bad appreciation of the self-image, marked impulsiveness.

Impulsivity manifests itself in all its forms:

The alternation of pathological periods and stability is fast and disconcerting for its environment. The patient is not at odds with reality as in other mental disorders but is seriously ill-adapted to reality.

Disorders often begin in adolescence to continue into adulthood. In some episodes, the intensity of symptoms-related disorders may be suggestive of a psychotic disorder or bipolar disorder. It is at these times possible to think that the person will switch into a well-defined pathology, but the evolution with highs and lows or even periods of normality makes rejecting this possibility.

The disproportionate affective search for the “borderline” leads to conflicts with the entourage who never know where it is. This is the main feature of this personality disorder. The borderline state between the normal and the pathological is exhausting for the patient and his relatives.

It is the combination of the symptoms described that makes the diagnosis appear, but the symptoms are sometimes confusing and changing. It takes time to confirm a diagnosis.

The evolution of the pathology depends very much on the patient’s participation in the care and acceptance of his personality disorders.

Therapies are essentially psychotherapeutic or cognitive remediation, so the treatment is necessarily long The neuroleptics serve only to supplement during acute attacks or when passing strong anxiety, depressive state, or addiction.

Today we talk about schizophrenia rather than schizophrenia because, depending on the character and environment of people, the symptoms of the disease will be very different.

They are part of severe and lasting psychic diseases.

Schizophrenia is the abnormal functioning of certain neural circuits of the brain. It is not a disease of the soul, nor a lack of will, nor a double personality (a very rare disease to which we continue falsely to associate schizophrenia).

The different disorders and symptoms of schizophrenia:

The Disorders of the organization of thought and attention, Problems of concentration, Memory Disorders.

These disorders are common to different forms of schizophrenia and account for the inconsistency of behaviors and behaviors.

– Isolation: the person gradually breaks off from others

– The loss of pleasure: the person gradually abandons his activities; she does not see anybody anymore.

– Apathy or loss of energy: the person neglects his hygiene and his personal appearance, she has no desire and abandons her interests, and she does not do anything.

– She is often not aware of the situation.

• Positive Symptoms (Because of Productive)

– Disturbances of perceptions or hallucinations.

– Hallucinations are most often auditory: the person hears voices that suggest actions, or insult. She is often terrified by these voices.

– Hallucinations can also be visual or tactile, delusions, or errors in logical judgment.

– The delusional ideas are present in a large majority of cases: the person imagines that a passer-by who looks at her is there to spy on her, she thinks that her phone is tapped, she thinks the television sends messages to her, or that others read in her thoughts, she can be convinced to have supernatural powers.

– Inconsistent and incomprehensible language: the person repeats sentences without continuation, she can invent words.

– Unusual behaviors: the person cannot stand the twilight, the noise, or simply the lives of others.

All these symptoms are not permanent or present at the same time and during the course of the disease. They vary according to the level of awareness by the person of their presence, therapies (and continuity of treatment), and finally depending on the quality of the family and social support that is offered.

The characteristic of these diseases is the denial of the disease by the patient: the patient affirms and thinks deeply that he is not sick. He often says that his entourage is sick but not him. He asks nothing. This denial makes treatment difficult.

Bipolar disorders usually have two phases: the manic phase and the depressive phase.

Between the two poles, the person who suffers from bipolar illness returns to a normal state in daily life

The manic phase is defined as an episode of pathological excitation: the person is hyperactive and euphoric, unusually voluble, and makes multiple projects.

He (she) can present various troubles: to lose any inhibition or to incur expenses thoughtlessly

The depressive phase is in a way the mirror of the manic phase: the person shows signs of great sadness, he is slowed down and has no taste, sometimes he wants to die.

The main danger of bipolar disorder is the risk of suicide.

In France, it is estimated that bipolar disorder is underdiagnosed.

The diagnosis is often long to establish and many major depressives are sometimes, in fact, bipolar who are unaware.

In addition, there are many forms of the disorder, attenuated in the symptoms, which make the diagnosis difficult.

Obsessive-Compulsive Disorder (OCD) is an anxiety disorder. It is characterized by obsessions and compulsions.

Obsessive-Compulsive Disorder (OCD) is an anxiety disorder. Obsessions are thoughts or images that arise repeatedly and are difficult to drive out of the mind. These obsessions are disturbing, sometimes frightening, or unpleasant. They can generate a lot of distress, fear, discomfort, or disgust.

To try to repress or get rid of obsessions, the person feels compelled to perform repetitive gestures, rituals, called compulsions. Compulsions are an attempt to control obsessions through the practice of verifications or rituals.

Obsessions and compulsions cause distress, materially a considerable loss of time. They can interfere significantly with the person’s usual activities, professional (or academic) functioning, or usual social activities or relationships.

Compulsive rituals can take up to several hours a day. Unfortunately, the compulsions provide only temporary relief and the obsession-compulsion cycle resumes.

Some people are struggling with so many compulsions that they cannot leave their homes for any work or leisure activity. They sometimes hide their symptoms and this causes them to isolate themselves.

– Fear of hurting others due to lack of attention (fear of causing a car accident or other) / Rituals of rehearsal, check that nothing terrible has happened)

– Excessive concern with organization and symmetry (Arrange things in a specific arrangement, arrange things or fold them in a certain way

– the exaggerated worry of a part of his body (fear that his nose is deformed, that his skin is imperfect / Check in the mirror)

– Fear of being responsible for a disaster / Check that doors are locked, electrical devices disconnected

The person who suffers from OCD is aware of the absurdity of his thoughts and/or behavior, but without help, he cannot stop. These ideas and behaviors are out of control.

In children, autism occurs very early, before the age of 3 years. It is characterized by unsociability, withdrawal of the child on himself, he does not ask questions, does not exchange ideas, has speech difficulties, and unusual and repetitive movements that prevent him from concentrating (shakes hands, claps fingers, claps hands, grimaces …).