How Do I Know Which Religion Is Right for Me With All These Different Religions?

What keeps people upright when they’re completely at the bottom? Faith: But – how do I know which religion is right for me?

Think … That you lose everything, you currently have … That you are completely at the bottom … That you don’t even know why to live … When people lose absolutely everything, they are left with only a few things in the end:

Faith: But – How Do I Know Which Religion Is Right for Me? 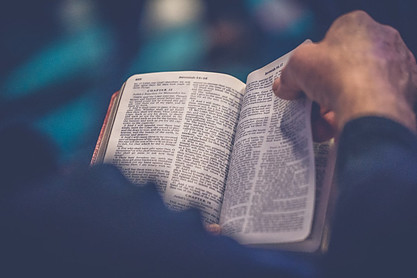 There are many verbal ‘attacks’ on religious institutions around the world today. Personally, I think it is often justified. But many times, people know how to criticize what is wrong, what they do wrong, and what negative effects they leave, and only rarely do we know how to find something positive and suggest solutions. Or at least to mention our own thoughts on what would be the right view, the right-thinking about religions around the world.

By criticizing different religions, institutions – is it really our intention to prove that God does not exist? That Allah does not exist? So that faith is meaningless? I don’t believe this would be the right way.

Don’t Compete and Compare Which Religion Is Right for Me

If we compete and compare which religion is now ‘more’ right, which they have been doing for centuries, we will only achieve what is already happening all the time – fighting in the name of religion. Just what could be more pointless than that. If they’ve been proving and arguing for centuries which religion is ‘more true’ but haven’t gotten an answer yet, we probably don’t really think we’re going to find the right answer.

Any approximately rational person will realize that there is no answer to this. That we need to find a different path. The path of understanding difference. The path of tolerance. The path of tolerance of diversity. And the path of non-condemnation. Because this race for positions of importance on the scale of religions only leads to wars, suffering, unrest, the death of innocents, and the destruction of our beautiful planet.

There Are Two Gods in the World

The first is the one who created everything. We are part of him, part of his creation. We don’t really know anything about this God.

The other God is the one created by man. And this is the same as the people who created it – it lies, it plays, it favors the rich, it takes the poor, it feeds on the people’s fear, it lives off the ignorance of the people.

What is true faith? “Believe in this God who created us. And destroy this one who humans created for their own benefit (enrichment, power, influence, power …). Because he creates too much misery.”

Differences Are Created by People, Not by the True God

Who is a Muslim, who is a Christian, who is a Buddhist? There are no signs of religion on a newborn baby. These differences are created by people, not by the true God. ”

People are dying; crowds are suffering, children are hungry … because people around the world are arguing about which religion is right.’ They are arguing about the wrong question. Instead of looking for the right answer to a question to which there is no answer, we should replace the question.

So, Which Religion Is Right for Me? One That Does Not Require Suffering.

Even if one is real, it certainly doesn’t want the ‘children of God’ to suffer. Think – if you have your children, you probably wouldn’t want them to suffer, to do impossible things, to ‘obey,’ to bring you closer, don’t they? And if he really is God and if we are his children, then he also probably doesn’t want so many people around the world, so many of his “children” to suffer in the name of faith. If He is not there, then it’s all nonsense anyway. It’s bizarre what’s going on in the world in the name of religion.

The following statement, however, is always true. With his thoughts and emotions, man creates his life and the world in which he lives. If he wants to permanently change something in his life, he must first and foremost change the concepts on which his mental world is built.