We Are All Connected in the Universe

This story is about breath and about how we are all connected in the universe. Taking a deep breath is one of the most straightforward ways to connect with our own bodies – a deeply grounded, calming breath. But taking a deep breath was not something that was possible on this earth three billion years ago. 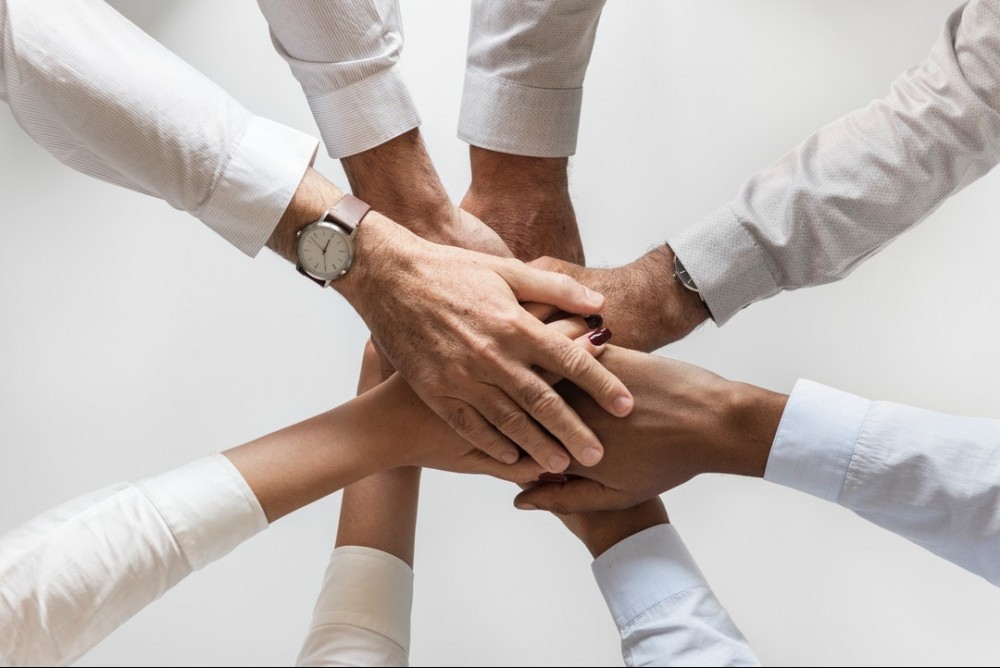 On this slide, we have the composition of the atmosphere of the earth during that time period. We had about the same amount of nitrogen, but we had almost no oxygen at all. So you would be taking a breath in vain three billion years ago. And we actually had a tremendous amount of carbon dioxide. And the net effect was an almost inhabitable planet. The only organisms that could exist at that time were single-celled organisms inside of stromatolites and other closed spaces. Now, luckily for us, one of those organisms that were alive at this time was something called cyanobacteria.

That’s a picture of it above. And this organism has the special trick that we call “photosynthesis,” the ability to go take energy from the sun and transform carbon dioxide into oxygen. And over the course of billions of years, so starting from two and a half billion years ago, little by little these bacteria spread across the planet and converted all that carbon dioxide in the air into the oxygen that we now have. And it was a prolonged process.

First, they had to saturate the seas, then they had to saturate the oxygen that the earth would absorb, and only then, finally, could oxygen begin to build up in the atmosphere. So you see, just after about 900 million years ago, oxygen starts to build up in the atmosphere. And about 600 million years ago, something really unusual happens. The ozone layer forms from the oxygen that has been released into the atmosphere. And it sounds like a small deal like we talked about the ozone a couple of decades ago, but it actually turns out that before the ozone layer existed, the earth was not really able to sustain complex, multicellular life.

We had single-celled organisms, we had a couple of simple, multicellular organisms, but we didn’t really have anything like you or me. And shortly after the ozone layer came into place, the earth was able to sustain complicated multicellular life. There was a Cambrian explosion of life in the seas. And the first plants got onto land. In fact, there was actually no life on land ahead of that. Another way to see this is, this is kind of a chart of pretty much most of the animals that you guys are familiar with. And right at the bottom in time is the formation of the ozone layer. Like nothing that you are familiar with today could exist without the contributions of these tiny organisms over those billions of years.

And Where Are Cyanobacteria Now?

And where are they now? Well actually, they never really left us. The direct descendants of the cyanobacteria were eventually captured by plants. And they’re now called chloroplasts. So this is a zoom-in of a plant leaf – and we probably ate some of these guys today – where tons of little chloroplasts are still trapped – contributing photosynthesis and making energy for the plants that continue to be the other half our lungs on earth. And in this way, our breaths are very profoundly united. Every out-breath is mirrored by the in-breath of a plant, and their out-breath is mirrored by our in-breath. I’m going to take a little aside here for a moment with this story. Because imagine for a moment – and this is a thought experiment – imagine you were one of these little organisms two billion years ago. You might be born. You live a couple of weeks. You die. And you kind of feel like, well, nothing really changed. I mean, I had no purpose in this life. Like, the world I came to is precisely the same as the world that I left.

We Are All Connected in the Universe Through Your Mind

But what you wouldn’t have understood is that every breath that you took contributed to the possibility of countless lives after your – lives that you would never see lives that we are all a part of today. And it’s worth thinking that maybe the meaning of our lives is actually not even within the scope of our understanding. Because it’s true of every one of these organisms, and it may also be true of us. The last story of connection is the story of the mind. This is not “our minds are all connected in some psychic way or some scientifically unexplainable way,” I’m going to explain the connection of the mind through the simple story of this instrument. This is a piano.

And How We Are All Connected Through the Piano?

A beautiful thing about this instrument is it is so nuanced and so textured and so complicated, and so much beauty can be created from it that people can make an entire career, they can make an entire life out of playing this instrument. Professional musicians, concert pianists get to know this instrument genuinely, intimately. And through it, they’re able to create with sound in a way that just dazzles us, and challenges us, and deepens us. But if you were to look into the mind of a concert pianist, and you used all the modern ways of imaging it, an exciting thing that you would see is how much of their brain is actually dedicated to this instrument.

The Ability to Coordinate Ten Fingers

The ability to coordinate ten fingers. The ability to work the pedal, the feeling of the sound, the understanding of music theory. All these things are represented as different patterns and structures in the brain. And now that you have that thought in your mind recognize that this beautiful pattern and structure of thought in the brain was not possible even just a couple hundred years ago. Because the piano was not invented until the year 1700. This beautiful pattern of thought in the brain didn’t exist 5,000 years ago. And in this way, the skill of the piano, the relationship to the piano, the beauty that comes from it was not a thinkable thought until very, very recently in human history.

The Invention of the Piano

The Palette of Being

And it leads me to a concept I’d like to share with you guys, which I call “The Palette of Being.” Because all of us are born into this life having available to us the experiences of humanity that have come so far. We typically are only able to paint with the patterns of thoughts, and the ways of being that existed before. So if the piano and the way of playing it is a way of being, this is a way of being that didn’t exist for people 5,000 years ago.

It was a color in the Palette of Being that you couldn’t paint with. Nowadays, if you are born, you can actually learn the skill; you can learn to be a computer scientist, another color that was not available just a couple hundred years ago. And our lives are excellent for the following reason. We’re born into this life. We can go make this unique painting with the colors of being that are around us at the point of our birth. But in the process of life, we also have the unique opportunity to create a new color. And that might come from the invention of a new thing. A self-driving car. A piano. A computer. It might come from the way that you express yourself as a human being. It might come from a piece of artwork that you create. Each one of these ways of being, these things that we put out into the world through the creative process of mixing together all the other things that existed at the point that we were born, allows us to expand the palette of Being for all of society after us.

We Exist in This Kind of the Marvelous Universe

And this leads me to a straightforward way to go frame everything that I’m writing here. Because I think a lot of us understand that we exist in this kind of marvelous universe and we are all connected in the universe. But we think about this universe as we’re this tiny, unimportant thing. There’s this massive physical universe, and inside of it, there’s the biosphere, and inside of that, that’s society, and inside of us, we’re just one person out of seven billion people, and how can we matter? And we think about this as like a container relationship, where all the goodness comes from the outside to the inside, and there’s nothing extraordinary about us.

Conclusion About How We Are All Connected in the Universe

I think the reason that all the spiritual traditions have got this concept of “we are all connected in the universe” is because of the societies that actually profoundly adopt this idea are the ones that over time deepen their level of consideration, deepen their level of expression, deepen their level of understanding for each other. This is the reason that this idea pops up over and over at the core of spiritual traditions. And I hope that through this read you see that the reason that it appears at the core of science is it’s actually something that is just literally true of the physical universe at every single level of organization and every single manifestation of matter, energy, and life. So I’d like us all to come together with this knowledge and understand this truth about how the universe is, that because our hearts, our breath, and our mind are connected in this way, we need to challenge ourselves to understand what it means to live from this truth.