It is a sad reality, it is undeniable. Human suffering seems to be the daily life of humanity. This suffering touches all four corners of the world and appears in one way or another.

So far, we are still looking for the origins of human suffering. Theories and explanations differ. Scientific, religious, and mythological conceptions are disputed. But one thing is certain: the suffering exists. 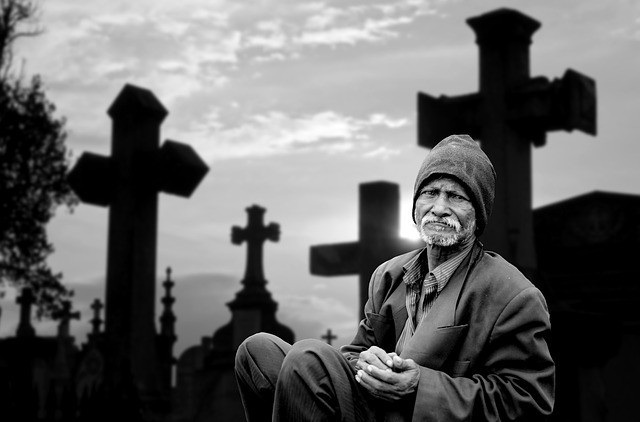 The human body puts us in touch with an outside world and a world inside it.

The inner world and the outer world are delimited mainly by an organ of our body: the skin.

Indeed the skin with its hair system or not, protects us from external aggression: water or drought, heat or cold, contact with objects that can be hurtful.

*** System of Protection Has Its Limits

Of course, this system of protection has its limits and when they are crossed, they trigger in our inner being, a particularly unpleasant feeling: suffering.

For example, I may have touched a knife and mistakenly buried the blade in my skin. A hot red liquid will then flow around the blade, the blood, indicating that the protection of my skin has been altered.

I will feel pain shortly after this incident, which will continue in time until the wound is completely closed and healed.

This feeling of suffering will warn me that my body is in danger. I have to do something to try to reduce or even eliminate that pain.

We can fairly easily generalize and say that any physical suffering, whether it comes from outside the physical body or from the inside, tells us that the integrity of the body or our balance has been affected.

Faced with this suffering, we must react, understand the causes and bring as much as possible the good remedies otherwise this suffering will continue.

If I have a toothache, I can probably see that it has a tooth decay for example, so I have to get treatment if I do not want my pain to get worse.

Suffering, in this case, is a “counselor” who whispers the following:

Hey! Something is wrong, do not you feel it?

Take care of your body because the situation can get worse if you do nothing.

As soon as you have remedied the problem, be careful that it does not happen again!

If this suffering did not exist, we would do little or no attention to our body and very quickly it would no longer be able to render us the services we ask him.

In some situations we experience pleasure, but the physical suffering comes in return to remind all human beings that it exists and that we must consider it, not as an enemy, but as a counselor.

*** The Body Is a Fragile Instrument That Evolves in a Dangerous World.

We must understand the laws of this world not to expose our body to serious danger and the suffering or death that could result.

I must avoid falling because any violent shock could be fatal to my body.

The fear of suffering is acquired quickly and it is much better so that we can live for many years, all richer in teaching each other.

*** Suffering Is Part of Daily Life

All suffering is painful and uncomfortable. It is true that no one wishes to suffer in his life. But when it happens in our life, we have to deal with it. Because indeed, suffering is part of the daily life of our existence. By our way of living, we can condemn our body to physical suffering.

When we go through a time of suffering what life expects of us is that we hold on with courage and hope. The more we despair of physical suffering the worse it gets.

Man’s Search for Ultimate Meaning explores the sometimes unconscious human desire for inspiration or revelation and illustrates how life can offer profound meaning at every turn.

Physical suffering is not the only suffering that affects humans and animals. There is a form of suffering that is not directly related to the physical pain caused by an accident, an illness, an imbalance …

This suffering is described as moral suffering.

*** The Causes of This Type of Suffering

When a family event touches me and I am separated from a loved one with death, for example, I feel a sense of heartbreak as if the missing person was a little myself. My life, suddenly, becomes sadder, I lose my optimism, my spirit. Eating, working, living in one word, everything becomes painful. It will take many weeks to find a balance and a joy of life. And yet nothing has touched or damaged my body; only negative feelings and thoughts pass through me.

The suffering that is expressed here, is due to the attachment, the bonds that I maintained previously and the common history that we lived.

If this person had not been a close person, the negative feelings would have been much less pronounced, or feelings almost indifferent or nonexistent if I do not know the person and I have not been sensitized on his case.

I can also experience moral suffering if I see that my actions have led another person to suffer; for example, if I was responsible for an accident and that person became disabled, I will feel guilty. And guilt can be an origin of moral suffering.

In summary, it can be said that moral suffering can be born in me if my material, personal or relational interests are negatively affected.

*** Different Reasons for the Moral Suffering

This can result in a loss of money, material goods, an accident, an illness or infirmity, a relational difficulty, a relational breakdown, the disappearance of relatives …

For these same reasons, moral suffering can also arise in me if people who are more or less close to me are affected.

If they are affected by my fault then it will be a feeling of guilt, if I am not responsible, I can feel compassion for the person who is affected or even anger at the person or persons responsible.

The non-satisfaction of desire is in many cases the source of moral suffering. I like a person of the opposite sex, I would like to enter into a relationship with her, but she refuses or remains indifferent to my request.

*** The Reason for Moral Suffering Is Within Man

At the psychological level, the moral suffering may exist even if apparently there is no external event that can justify this state because the human being lives in a complex inner world which finds in itself the justification of its feelings.

I am depressed because I feel that I am misunderstood by those around me, useless for society or I have lost hope for a better life.

All these negative feelings are specific to the individual who lives them internally without the entourage being alerted or sensitized.

Here again, the emotional body is traversed by these negative vibrations which obscure the life of the individual.

We can say that every human being, during his life, will be affected by physical and moral suffering.

Of course, the intensity of this suffering varies according to the “event” concerned and also from one person to another.

Research has been conducted to try to graduate suffering, but it can not be reduced to numbers and keeps the veil clean privacy of each individual.

Moral suffering is useful “in small doses” because it stimulates us to direct our life, to understand what is fundamental or not in our existence, to progress towards a better future.

Very strong moral sufferings are to be avoided because they can very seriously affect our being, cause depression, a sometimes irreversible degradation.

We seek to eliminate physical suffering by resorting to medicine, hygiene, dietetics, sports …

We must seek in a similar way to evacuate the moral suffering by resorting to similar methods and also by the relational help of our entourage or competent persons.