Does Religion Impact People and Their Life?

Does religion impact people? Regardless of our view on religion, we cannot ignore that religion has been man’s companion throughout his history.

People have different opinions about religion as a general concept and about individual religions. For some, religion is an indispensable part of life, but some defend against religion with all their might.

Does Religion Impact People in the Digital Age? 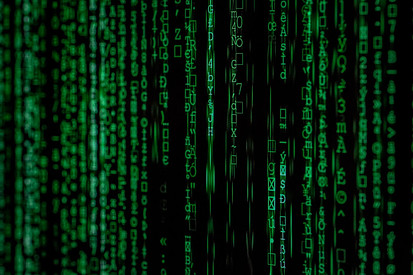 From the beginning of the modernization of the world, when man was increasingly helped by technical aids, until today, when we live surrounded by the digital world, at first glance, the impression is created that religion is a thing of the past. Many people say that religion is a matter of the weak, who seek help from a superior being in moments of weakness. The apparent power of technology has replaced religious hope in many places.

Regardless of differing opinions about the importance of religion, there is a fact in human life that there are 4200 different religions in the world today, which means that most people are religious in at least some way. What does that mean? This means that a religious person recognizes at least some force that he may not even know as more significant than himself, regardless of whether he admits to it that it can also impact his life.

The Main Religions Believe In Various Deities and the Afterlife

Monotheistic religions include Judaism, Christianity, and Islam. Among polytheists, however, Hinduism and Buddhism are the most widespread. All these religions have in common that man, through various rites, observance of precepts, offerings, sacrifices, etc., wants to attain the favor of God to find peace of life finally.

The main religions also have a common belief in the afterlife, but the path to eternal life in polytheistic religions is a bit more complicated. Namely, Hinduism and Buddhism know the t.i. The cycle of rebirths or reincarnation, Where man must go before he can finally attain the perfection associated with Brahman, the supreme deity.

Judaism, Christianity, and Islam Have Faith in One God at the Forefront

Judaism, Christianity, and Islam have faith in one God at the forefront of their beliefs, with Christian beliefs differing slightly from Judaism and Islam. In both religions, they have t. i. strict monotheism is that man is subordinate to God and can “achieve” it primarily by keeping the commandments.

The Specificity of Christianity Is the Belief in a Triune God

Among all religions, there is a specific Christianity. Why? Christianity is as much a monotheistic religion as Judaism and Islam, but it is not about strict monotheism, but it is a belief in a triune God. God is not strictly one but is triune. It is a communion of the three persons of God in one God.

How can God be one, despite three persons? It is a bond of love that is so strong that the three persons, the Father, the Son, and the Holy Spirit, are united in perfect love. Unlike Judaism and Islam, where man attains God by keeping his commandments, in Christianity, man does not reach God but accepts him at the center of his life.

In Christianity, We Are Brothers and Sisters in Christ and Sons (Daughters) Of God the Father

It is also specific to Christianity that God is in the Son became man through the Holy Spirit, which marks the Christmas holiday. Otherwise, some other religions, such as. Hinduism, they know the incarnation of God, but nowhere else does God end up in such a cruel way as in Christianity.

The incarnate God, Jesus Christ, accepted all the cruelty of the world, all the evil, and carried them to the cross, where the cruelty of man brought him. With his death, the sin of humanity was also destroyed, and with his resurrection, the man received new life in Jesus Christ.

Whoever receives the life of Jesus Christ through baptism becomes his brother (sister) and, at the same time, becomes the Son (daughter) of Heavenly Father. Thus, Christianity is the only religion in the world where believers can call God for the Father. The most widespread prayer reminds us of this, Our Father.

Abuses in Religions Are Always the Fruit of Human Weakness

In the name of religions, many irregularities and many sorrows have happened throughout the history of humanity. This is mainly why many express concerns about the existence of religions. Of course, the life of religions is also about man’s attitude and his free choice of whether to live according to God’s will or to abuse God for selfish purposes.

God does not influence the abuses that have taken place and are still taking place, as this would violate a fundamental principle for a man in his free will. God has given man freedom from the beginning and does not want to affect his life. However, a person’s life is definitely affected if he freely invites him to the center of his life.

As Christians, We Bear Full Responsibility for the (Non) Functioning of God in the World

At this point, Christians have a special responsibility, as we believe that God has revealed himself to us in all his fullness. Because God has become so close to us that He has taken over even our way of life and with baptism even comes to the center of our heart, it means that we are called to reveal God with our own lives.

This is not about making Christians more worthy than others but about making us even more responsible for bringing hope to all of humanity. When humanity is experiencing various crises, most notably the epidemiological one, we have the opportunity to accept God’s life in all seriousness and reveal it to a world that longs for salvation and the fullness of love.

The question in the title, “Does Religion Impact People and Their Life?” of course, offers the answer “yes.” Man is a spiritual being by nature, as he longs for happiness and the fulfillment of life. In its most bottomless interior, man longs for love; he wants to be loved, and he wants to love. If God is love, then this realization can mean the culmination and essence of life for many.

Do you want to delve deeper into this topic? Then I recommend you read the next book.

The Righteous Mind: Why Good People are Divided by Politics and Religion