Christian Views on Women Based on the Bible

Christian views on women depend on the biblical passage we choose. The women’s feminist movement began to interpret the Bible in its own way. It emphasizes masculine dominance in the New and Old Testaments, and at the same time draws attention to the important female share in history written by men that has been repeatedly overlooked. Some modern scholars interpret the second-class position of women in the Catholic Church as a consequence of the fears of men who have vowed celibacy. The clergy are therefore supposed to spread a negative attitude towards women and push them to second position. A slightly less radical but unequal attitude towards women is found in some conservative Protestant communities, in which a woman has a complementary but subordinate position to a man. The Quakers, the Methodist and Baptist churches, and some Anglican churches emphasize the equality of both sexes at all levels. Women have the same rights as men in these churches. They can become priestesses, even bishops. In the Catholic Church, celibacy is required for priestly service and is reserved exclusively for men.

Christian Views on Women Based on the Bible 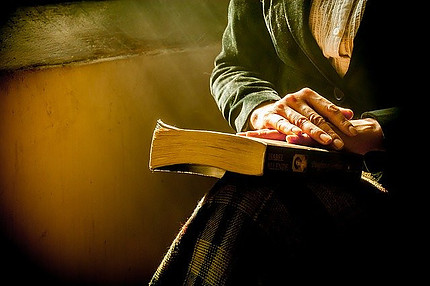 The Bible is a fundamental authority to all Christian Churches, but there are visible differences in the interpretation of various biblical passages. The biblical stories of creation and fall are the most important texts of the Old Testament regarding the position of women. “God created man in his own image, in the image of God he created him, he created man and woman.” (Genesis 1:27) The quotation shows no dominance of one sex over the other. Both are the same, both are simultaneously created in the image of God. The image of God is therefore not reserved only for man. The older story of creation (Genesis 2:4-3:24) is stylistically much simpler. In contrast to Genesis 1, 27, Genesis 2,22 indicates female subordination to man, as the woman was created later, from the rib of the man. These conflicting stories are united in the Christian tradition.

Are We All Equal Before the Law? On What It Is Based Christian Views on Women?

The woman seduced Adam into sin, indicating the woman’s weakness and guilt. Where was the man’s pride and selfishness to turn down an offer? Was he a weakling?
Celibacy represented a high ideal for men, and for women, virginity meant a kind of return to the state in which Eve was before she sinned.
They both sinned. Jesus washed away Adam’s sin, and the Virgin Mary washed Eve’s sin. The ideal of Mary, the virgin and mother, is unattainable for women, except for women who have played an essential role in religious life. We are all equal before the law. And God created man in his own image. He created it as male and female. To illustrate Jesus, I cite the following example: “If a woman was just talking to a man in the street, her husband could annul the marriage without paying for it. Talking on the street with a woman was a scandal for the rabbi”.

Discrimination against women runs like a red thread throughout church history. It could be described as a “cascade of women despisers” or a criminal cascade of church fathers, popes, theologians, bishops, and priests.
The consequences that the attitude of the Church has had for humanity over the past 2000 years can only be sensed and characterized as a betrayal of humanity. Day after day, the media report on several revelations of church scandals showing how brutal and hostile the institution has been and is treating its members, especially women. Given that every logically thinking person thinks that according to the constitution of many countries as well as according to the teaching of Jesus Christ, all people are equal before God and the law, both men and women. Thus, every logically thinking person should see that in the Church, when she experiences her teaching in practice, the opposite is true, namely that a woman is not equal to a man and that this is a gross violation of the democratic constitution. The question arises as to where the church doctrine hostile to the women comes from, if not from Jesus Christ, to whose name and doctrine it refers.

The opinion of Thomas Aquinas

Saint Thomas Aquinas says: “A woman is treating to her husband as imperfect and defective, against perfect man. A woman is a mistake of nature, a kind of crippled, misguided, frustrated man.” Even more humiliating is his claim: “A male embryo becomes a man after forty days, a woman only after the eighties. Girls are formed from damaged seeds or due to moist winds.”

St. John Chrysostom, however, says, “Women are chiefly destined to satisfy the lust of men.” Pope John Paul II wrote in 1988, “A woman must listen quietly and submit completely. I do not allow any woman to teach.”

Your wives must be silent in the community, for they are not allowed to speak, but must submit, as the law also says. A woman must listen quietly and completely submit. I do not allow any woman to learn and rise above a man. First, however, Adam was created and only then Eve. A woman was created as a helper to the man who led the community.
Therefore, many women sought to follow the male ideal of celibacy and maintained virginity, which was especially valued in the Middle Ages.