What is Psychogenealogy? Do the lives of our ancestors have an impact on our lives? Do you think that family secrets have an influence on your life? And do you want to understand, check or get rid of it? So, let yourself be led into psychogenealogy.

In vogue in recent years, the transgenerational analysis is based on the study of the family tree of the individual to better explain and appease his anxieties. Decrypting a phenomenon that rebates the cards of our family history to help us get better in the present. 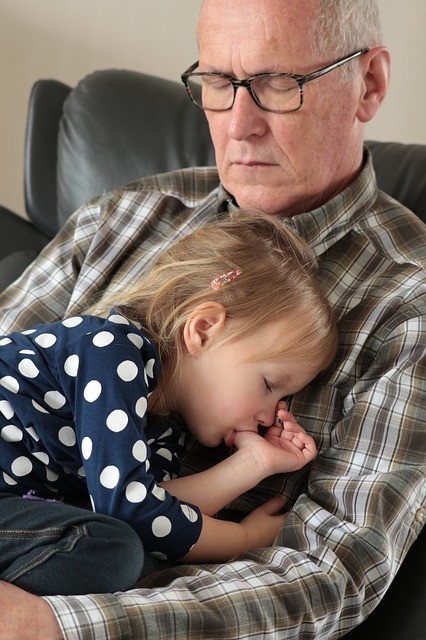 Anne Ancelin-Schützenberger, a pioneer of psychogenealogy, died at the age of 98. Psychology doctor, psychoanalyst, professor emeritus at the University of Nice, she devoted herself to the study of the links between the generations and learned many lessons for the improvement of our life.

Psycho-pedagogy is a clinical practice developed in the 1970s by Anne Ancelin Schützenberger according to which the events, the traumatisms, the secrets, and the conflicts lived by the ascendants of an individual condition its constitutional weaknesses, its psychological disorders, its diseases, even its strange or inexplicable behaviors. It is based on its own observations and also on concepts from psychoanalysis, psychology, psychotherapy, and the systemic.

This clinical practice has been theorized by other psychoanalysts, such as Françoise Dolto or Didier Dumas. She draws her sources from the work of Nicolas Abraham and Maria Torok. They will give birth to transgenerational psychoanalysis.

This approach is criticized on several levels. This practice has shown neither its effectiveness nor its scientific basis and the sectarian excesses are pointed by several associations, especially because of the risk of false memories induced by the practices of some practitioners.

In each family, the events experienced by the previous members leave traces over the generations (premature death, suicide, abandonment …) and can be repeated what we call “birthdays”.

These are usually traumas, secrets, or conflicts experienced by the ascendants of a subject that would condition his psychological disorders, his diseases, or his unexplainable foreign behavior.

To understand the genealogical order and to visualize its position in the family system, the drawing of the genealogical tree (called genosociogram) is essential in particular to see the transgenerational links.

*** The Family Tree as an Analytical Tool

Based on the study of the genosociogram, a sort of family tree that makes it possible to schematize the history and the family ties, the transgenerational analysis wants that the traumas and unspoken experiences of the ancestors of an individual have repercussions on the latter. to unconsciously induce disorders, whether psychological or physical.

An approach practiced for several years by Christine Ulivucci, psychotherapist by training and author of “ These photos that speak to us ” (ed Payot). “In jargon, these symptoms are part of what is called the transgenerational ghost,” she says.

To become aware of it, the patient draws his tree in front of the therapist who will be attentive to each sign: a slip, an oversight, a spacing sometimes big sometimes small on the same branch … “The tree acts in a way like a revealing interface: it allows the person to symbolize and distort relationships and family events “, explains the professional.

Transgenerational analysis does not provide key solutions to those who experience them. “As for a classical analysis – which usually stops at the study of the patient’s childhood without taking into account the previous ramifications – the therapist does not have the function of ‘saying’ instead of the patient ‘”, says Christine Ulivucci.

“It does not let him wander either. The goal is to accompany, without interpreting in place of the other. The duration of the analysis is quite variable, depending on the therapeutic background of the person and its problems. ”

If it is precise, a dozen sessions may suffice. “For the rest, it takes time, at least a year even if we can always stop along the way. In all cases, we must understand that we do not engage in therapy simply curiosity. there is always suffering, it’s a chaotic journey. ”

In her best-seller, Aïe mes aïeux (Ed.), The psychologist Anne Ancelin-Schützenberger, a pioneer of transgenerational analysis in the 1970s, goes even further in tackling the theory of the “anniversary syndrome”, which would result in the repetition of more or less painful situations across different generations of the same family.

“To name things, to verbalize the unthought makes it possible to make it exist and to break this schema. Once things are learned, behaviors change, the family transmission becomes more fluid,” says Maureen Boigen.

She remembers, in particular, a patient whose hip had been suffering forever for no apparent reason. During his therapy, he discovered that his two grandfathers he had not known had both been severely injured during the 14-18 war, one of whom had even had his leg amputated. . ” Coincidence or not, soon after these revelations, the man found all his physical balance.

In order to identify and clarify coincidences of dates and ages among various members of the same family, she created the “genosociogram”, a genealogical tree consisting of important events and important events, happy or unhappy, recorded on several generations. When a problem has similarities to another that occurred in the past, the psychotherapist speaks of “birthday syndrome”.

It is a question of discovering the events which, with our ancestors, could have a resonance with our own problems. But how can a fact, happy or unhappy, of the past, “hidden” moreover – out of ignorance or under the weight of a “family secret” – can it have such consequences a few generations later? When it runs over two or three generations, this phenomenon of repetition can be easily explained: through direct oral transmission, visible behaviors, or innuendo whose meaning can be guessed intuitively.

But in cases similar to that of Francis, where events have been forgotten by all, science remains silent. Anyway, this technique gives surprising results and more and more therapists are using it. Doctors included. For example, in Canada, Dr. Devroede, a surgeon at the Sherbrooke Hospital, works with his patients so as not to schedule their operation on a family anniversary day: the day of the death of an ancestor, a divorce, an accident, etc.

Most French psychotherapists specialized in this field were trained by Anne Ancelin-Schützenberger. All, therefore, use his method of “transgenerational psychogenealogy”, with some variations.

For example, if the majority place our ancestors at the top of the leaf, some do it down: “It makes more sense to be at the top of the family tree because it must support us,” says author Elisabeth Horowitz to free oneself from family destiny (Dervy, 2000).

But the most important thing is to record all the major events in the life of our ancestors: marriages, births, separations, serious illnesses, places of residence, removals, accidents, etc. We begin this work of memory by questioning the members of his family, then we complete the information using the usual methods of investigation of the genealogy – searches in the registers of the town halls, surveys in the regions of origin, etc.

Still others, such as Antecessor’s therapists, offer home-based consultations for family work. Finally, very different techniques are beginning to emerge, such as the German psychoanalyst Bert Hellinger’s “psychogenealogy and family constellation” method, which is becoming increasingly popular in Anglo-Saxon countries. Here, no individual genealogical survey, but group work: during a session, we choose a few people who “put themselves at our disposal” to represent certain members of our family. According to Hellinger, this makes the family’s “energy field” a reality.

It is by facing secrets, traumas, and unspoken family that the individual can get rid of all this weight. We are, in fact, bound unconsciously to our more or less distant family.

– Make aware of our family mechanisms and of this family that lives in us.

– Help us to free ourselves from family rights that prevent us from living according to our desire.

IV – Criticism on Psychogenealogy : A Form of Determinism

Is there a destiny, or at least a genealogical determinism? Would our personal trajectories be irremediably conditioned by the ill-digested suffering of our ancestors?

Far from provoking consensus in the psychoanalytic community, the transgenerational approach and the resulting practices – family constellations, identification of event dates, etc. – have been regularly criticized.

“The pitfall in which one can easily fall is to want to explain any disorder by the behavior of his parents or grandparents,” says Christophe Fauré, psychiatrist and psychotherapist. And to continue: “This approach, if poorly defined, can lead to a form of fatality and ultimately deprive the person of self-criticism.” Worse, according to him, “it can be a kind of avoidance strategy. The risk is not to confront oneself in the present, since anyway ‘it exceeds me'”.

Not enough to alarm practitioners of the practice so far. “To become aware of the family memory that parasitizes us is to regain possession of its free will,” notes Maureen Boigen. And to add: “It is finally the optics of any psychoanalysis.”