The Feeling of Guilt as a Self-Conscious Emotion

The Feeling of Guilt. Who has never had a feeling of guilt? Many people live with a burden of guilt. This translates into conflicts and the following characteristics: insecurity, perfectionism, constant self-accusation, fear of failure (resulting in a state of constant vigilance), and being too demanding of people others.

In this sense, how can the term guilt be defined? As a definition, according to the Larousse dictionary, the term guilt is defined as the state of a guilty person, but also like a “feeling of fault felt by a subject, that this one is real or imaginary”.

According to the French Center for Textual and Lexical Resources (FCTLR), the French organization, the word guilt is defined as the “situation of a person guilty or held guilty, or who feels – rightly or wrongly – guilty of have transgressed a rule “.

In Jonathan Haidt’s classification of moral emotions, guilt is part of self-conscious emotions, those that allow individuals to regulate their actions. Embarrassment and shame are emotions close to guilt. The guilt is different because it causes remorse, the will to repair his fault, accompanied by empathy towards the victims. According to anthropologist Ruth Benedict, cultures can be classified according to the importance of using shame or guilt to socially regulate the activities of their members. ”

The Real Feeling of Guilt 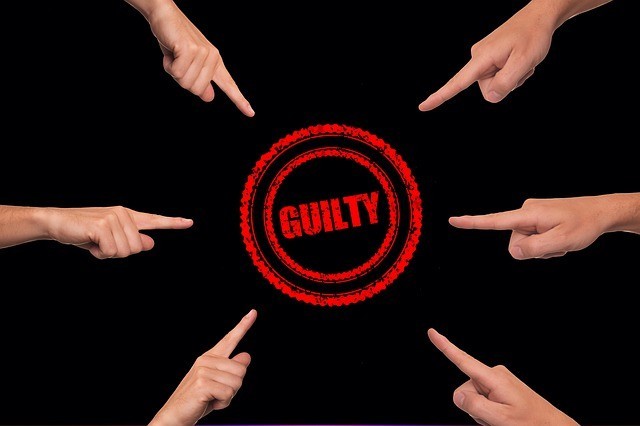 Guilt is a helpful way of stimulating correct and respectful behavior, and so helps us to better understand each other. A real sense of guilt is a symptom of an awakened conscience that serves self-censorship and the prevention of failures and lack of morality.

The solution to guilt is to seek to make reparations as soon as possible, to ask God’s forgiveness and those who are offended. Did you know that God is ready to forgive even the most serious mistakes, even those that are unforgivable on the human level?

“If you sin is like crimson, they will become like wool. (Isaiah 1:18) To receive God’s forgiveness and reconciliation, we must also forgive others; this is important in the process of self-forgiveness.

Regarding unnecessary or exaggerated guilt, the process of guilt requires certain attitudes. Some of the main attitudes include the following:

– Do what is right and put your faith in God: Make decisions and model attitudes based on divine principles and have faith in God concerning the results and consequences.

– Learn from your mistakes and mistakes: After asking forgiveness from God and also from those who have been affected by your mistakes and after seeking redress, make it a learning experience and motivation to react differently in the future.

– Open your heart to a trustworthy person: Talking about the feelings of guilt to a trustworthy friend helps to organize your own ideas. In any case, it serves as a relief to reduce some of the tension created by this feeling.

Psychological Aspect of the Feeling of Guilt

Guilt is a factor that promotes the symptoms of obsessive-compulsive disorder. Guilt and its associated causes, merits, and demerits are common themes in the psychological and psychiatric fields. In these two areas, guilt is characterized by a perceived emotional state in an individual who is persuaded, according to his own perceptions and moral beliefs, to have done wrong. It is a growing feeling that remains marked most of the time, caused by “consciousness”.

Sigmund Freud describes this feeling in his second topic. Freud rejects the religious concept of God that would punish any bad action by inflicting an illness. In one patient, trying to erase the source of his guilt, Freud notices a second form of guilt following the first. Freud deduces “the obstacle of unconscious guilt … as the most powerful of all obstacles that lead to the path of healing. The philosopher Martin Buber emphasizes the difference between the Freudian notion, based on internal conflicts, and the “existential guilt”, based on the wounds inflicted on others.

Alice Miller explains that “many people suffer from this oppressive feeling of guilt in their lives, a feeling of not having become as our parents wanted … without explanation, the feeling of guilt can increase. Guilt is often associated with anxiety; maniac patients, according to Otto Fenichel, manage to deflect their feelings of guilt through “a defense mechanism that ignores this guilt with the help of overcompensation … allowing the patient not to feel guilty. Fenichel emphasizes that “the control of the feelings of guilt can become a devouring task in a person’s life …” counter-guilt “. Many techniques are possible, including repression.

Psychopathic individuals lack guilt and remorse for the hurt and suffering inflicted on others. Instead, they rationalize their behavior, accuse others, or refuse to admit their mistakes. For psychologists, this is bad moral reasoning (compared to most of humanity), an inability to evaluate situations from a moral point of view, and an inability to develop empathy to other individuals. In addition, sociopathy, or more commonly antisocial personality disorder, also presents this lack of guilt.

An Illustrative Parable About the Feeling of Guilt

One of the most beautiful and famous parables that Jesus told is that of the prodigal son reported in Luke 15: 11-32. It tells the story of a father and his two sons, one of whom was tired of the calm and peaceful life and decided to give up everything and find freedom far from home. As if this rebellious and ungrateful attitude was not bad enough, he also asked for his share of the inheritance – something that is usually received after the father’s death. The father, respecting his son’s choice, gave him money. And the son left the house.

Released from paternal restrictions, the young man began to squander money by drinking, partying, and leading a life of debauchery. When his financial resources abounded, he was surrounded by “friends”. When the money ran out, he found himself hungry. What should be done? He went looking for a job and ended up maintaining pigs, a humiliating task for a person of Jewish origin. The young man who had bragged about his freedom, suddenly found himself a slave to his situation. The one who had complained about the food at his father’s table was now tempted to eat the pig’s meal so as not to starve. Where were his “friends”, the women, and the festivities?

The Feeling of Guilt in a Distant Land 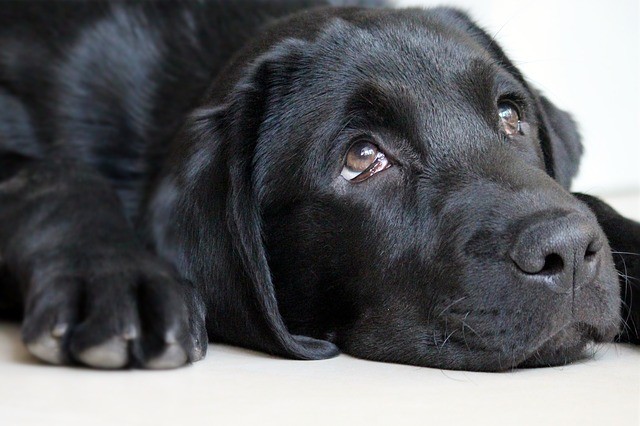 The text indicates that the young man had decided to go to “a distant land” an appropriate symbol for sin because it takes us away from God and from ourselves. He tears up all the good things in our life, feeding for a while the illusion of freedom and joy. But there is no “true joy” far from God in the “far country”. What the young man discovered is that in the “far country” there is only frustration, sadness, humiliation, and guilt.

At the heart of this deplorable situation, he decides to go home with the intention of being accepted by his father as one of his slaves. This son still had a lot to learn about the man to whom he had turned his back. However, even if his understanding is limited, he knew that his father was just and loving. It was this thought that made him think of returning. It is always the goodness of God that leads us to repentance and draws us to Him (Romans 2: 4, Jeremiah 31: 3).

Head lowered, his clothes ragged, and a ton of the feeling of guilt on his shoulders, the young man walked to the house. His father saw him from afar, ran to his son, kissed him warmly, and covered his son’s misery with his own dress. The father had always waited. The father had never stopped loving his son. For this reason, he received the repentant young man as his son, without reminding him of his sins. The past has been forgotten; sins have been forgiven; no one can say anything to the contrary.

Satan, the prodigal son who never returns to the Father, is the one who spreads the lie that the Lord cannot accept sinners unless they are good enough to be able to return. If the sinner expects to be “good enough,” he will never come back to God.

The Main Message of Parable

The main message of this parable is the father’s love, which clearly represents God. He accepts us, forgives us, and still loves us. This knowledge will make a big difference in the lives of all sinners who live under the heavy burden of guilt.

No matter your mistakes, your mistakes, your failings, your spiritual condition, rest assured that the goodness of God is so great to be received in your life. Just go back to God. Recognize your wrong. The Bible states in Proverbs 28:13 the following: “He who hides his transgressions does not prosper, but he who confesses and forsakes them obtains mercy.”

The grace of God is still available to every sinner. “If we confess our sins, He is faithful and just to forgive us our sins, and to cleanse us from all unrighteousness. (1 John 2: 9)

God decides to dispel and overcome the feeling of guilt that has been gnawing at you for days, or weeks, or months, or years. It is sin that God hates, but he loves the sinner. Yes, God loves you. All he expects of you is your repentance. This repentance opened the doors of reconciliation with God, the restoration of your bruised heart, the transformation of your inner man. If sin destroys you, God’s forgiveness heals you.

God knows your situation, he is in the best position to understand you, to forgive you, to welcome you again, and to count you among his children. No sin is so heavy to forgive for God. It is rather our refusal to repent that dissolves us from God’s forgiveness. So, maintain that you knew that you knew all these things, I invite you to finish doing this test.

There is an intimate relationship between certain behaviors and guilt. The following questions present behaviors related to guilt. Answer Yes or No.

1. Did you grow up in an environment where there were authoritarianism and intimidation?

2. Is it very difficult for you to forgive your own mistakes?

3. Is it very difficult for you to forgive those who offend you?

5. Are you scared when you are faced with the possibility of bad news?

6. Do you have a feeling of fear every time you think about the future?

7. Are you very angry when something is not working?

8. Do you feel too disturbed by a lack of punctuality?

9. Do you often feel insecure?

10. Are you easily angry with yourself and others?

11. Are you overly concerned about what other people may think of you?

12. In your imagination, is God always angry because of your sins and imperfections?

If you answered “Yes” to more than 3 questions, you are inclined to false guilt and must seek solutions. Start the tips in this article and if that is not enough, ask for professional help. However, do not forget that you have a God-Creator always ready to listen to you and help you.