Used at least 145 times in the Bible, forgiveness is a very important theme. But what is forgiveness? In the dictionary, we find three definitions of the word “forgiveness”. First, to forgive is “to forgive someone for his actions, not to hold it against him”. Secondly, it is not to sanction a fault or what could be a breach of a regulation“. Finally, to forgive is to ” endure, tolerate, excuse such behavior, such quality in someone “. Forgiveness is a concept that binds two people: the one who commits the hurtful act and the one who is hurt. Yet, it can also concern ourselves when we cannot forgive something. The synonyms for the word “forgive” are: forget, put back, pass, absolve, pardon. The very fact that the dictionary cannot define forgiveness in the same proposition shows the complexity of this notion. 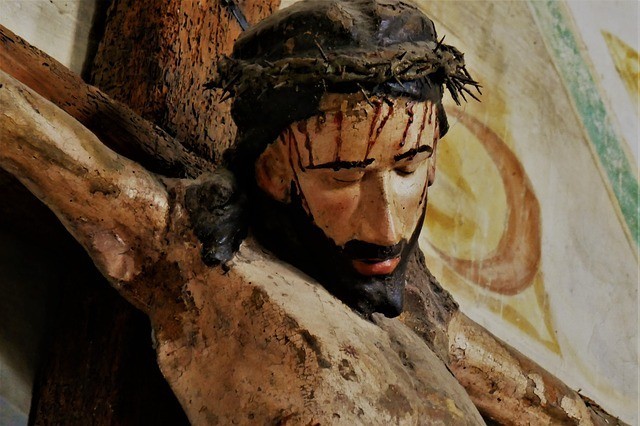 Forgiveness is the foundation of the Christian faith. The man has sinned and his fault has removed him from God. For the redemption of man, God sent his Son Jesus Christ to die on the cross so that all his sins might be forgiven. This testifies to the power of forgiveness. God has forgiven us our mistakes, and the sacrifice of Christ is the proof of it. What an incredible testimony of love! This is the strong point of forgiveness in the Bible: divine forgiveness or forgiveness of God to humanity in Jesus Christ. Indeed, it is because God has forgiven us that we can access eternal life.

However, no one deserves the forgiveness of God. The whole of humanity is guilty before God. Thus, many people ask: Why does God forgive us? And the Bible responds carefully to this relevant question.

Why does God forgive us?

The Bible clearly teaches us why God forgives us. Just, because forgiveness is divine. Forgiveness is part of God. The following lines will tell us more.

• Because of his compassion and mercy

When we study forgiveness in the Bible and touch the point of God’s forgiveness to the sinner, we encounter one of God’s characteristics: His mercy. It is right that we read this: ” The Lord, the Lord, merciful and compassionate God, slow to anger, rich in goodness and faithfulness, who keeps his love up to a thousand generations, who forgives the l Iniquity, rebellion and sin, but which does not hold the guilty for innocent, and which punishes the iniquity of the fathers on the children and on the children of the children until the third and fourth generation! ” (Exodus 34: 6-7).

No being is more compassionate and merciful than God. Because of his mercy and compassion, God forgives us. The prophet Micah gives us this confirmation: ” He will still have compassion on us, he will put under our feet our iniquities; you will throw all their sins to the bottom of the sea. ” (Micah 7:19) And the prophet Isaiah reminds us this: ” Let the wicked forsake his way, and the man of iniquity his thoughts; let him return to the Lord, who will have mercy on him, to our God, who never tires of forgiving. ” (Isaiah 55: 7). Read Daniel 9: 9.

• Because of his love

Why does God forgive us? The Bible answers: because of his love. It is written in the book of Psalms 51: 1 in these words, ” O God! Have mercy on me in your kindness; According to your great mercy, erase my transgressions. ” Shouting at God in this way, King David was aware that he did not deserve God’s forgiveness, but it was out of pure love that God forgave him. We must know that one of the reasons God forgives us is because He is Love. Read Psalm 25:11; Numbers 14:19.

• Because of his grace

Our God is a God of grace. The forgiveness in the Bible, concerning God’s forgiveness of sin, tells us that God forgives us by pure grace. Indeed, no one deserves the forgiveness of God. For all have sinned and are deprived of the glory of God (Romans 3:23). See! What is the grace that the Lord gives to the repentant sinner: ” The LORD is merciful and compassionate, slow to anger and rich in goodness; he does not constantly dispute, he does not keep his anger forever; he does not treat us according to our sins, he does not punish us according to our iniquities. But as the heavens are high above the earth, so great is his kindness to those who fear him; as far as the east is from the west, so far does it remove our transgressions from us. As a father cares for his children, the Lord has compassion on those who fear him. ” (Psalms 103: 8-13).

How Does God Forgive?

In the Old Testament, God forgave sins through the shedding of blood. Let’s see Hebrews 9:22, which says, ” And almost everything according to the law is purified with blood, and without bloodshed, there is no forgiveness.” This system of bloodshed was the shadow of things to come. That is, before the sacrifice of Jesus Christ on the cross, God forgave sins through the ceremonial system of remission of sins. Read Leviticus 4: 1-5: 13.

We know that God forgives the sinner, and we know how God forgives too. But that’s not all! There is still more to know about forgiveness in the Bible. In particular, it is wise to know: How do we obtain God’s forgiveness?

How Do We Obtain the Forgiveness of God?

Man must give up his sin before God forgives him. Repentance includes 2 things: – Turn away from sin. – Turn to God.

Thus, we understand that repentance is the only way to obtain divine forgiveness. True repentance has its meaning in the passage from Proverbs 28:13: “He who hides his transgressions does not prosper, but he who confesses and forsakes them obtains mercy.”

To turn away only from sin is not a reformation, a man’s effort to improve himself, not repentance. To repent is therefore not only to desire that one’s past is forgiven but also to want one’s own life to be wholly transformed and consecrated to God. When God forgives, he makes our sins disappear as if they had never existed, we are fully purified and considered right in his eyes. We become a new creature, fully regenerated, restored to communion with God. Glory to God for his liberating pardon! How do we obtain God’s forgiveness?

• We must confess our sins

God is always ready to forgive the sinner who confesses his sin. ” I made known to you my sin, I did not hide my iniquity; I said, I will confess my transgressions to Jehovah! And you have erased the pain of my sin. ” (Psalms 32: 5).

• We must abandon our sins

” Repent, and let every one of you is baptized in the name of Jesus Christ, for the remission of your sins; and you will receive the gift of the Holy Ghost. ” (Acts 2:38) Here, the term ” repentance ” refers to the fact of leaving sins behind. Or again, it is written, “Repent and convert, that your sins may be blotted out” (Acts 3:19).

• We must believe in Jesus Christ