Phases of Schizophrenia and Its Different Forms

What are the different forms and phases of Schizophrenia? This is the purpose of this article. But it would be wise to make a small and rich reminder about Schizophrenia.

The brain contains billions of nerve cells. Each of them consists of an extension (axon) transmitting messages to the other nerve cells or receiving them. These extensions release chemicals called neurotransmitters that carry messages from one cell to another. In people with schizophrenia, this communication system is failing.

Schizophrenia is a mental illness that can be severe and persistent. The disease is manifested by acute episodes of psychosis, followed by various chronic symptoms. The onset of the disease can be progressive, spanning a few weeks or months. In many cases, schizophrenia appears so insidious and gradual that people with it and their families sometimes take a long time to realize it. It can also appear very suddenly.

Let’s see some reminders before deciding on forms and phases of Schizophrenia: Read more here about Schizophrenia. 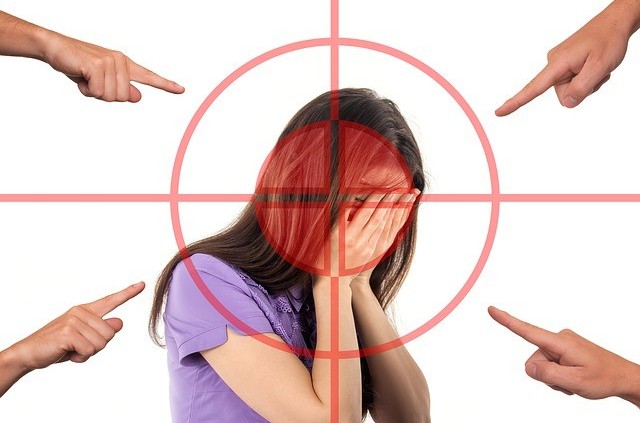 Psychosis is the manifestation of a disease that affects the brain, causing a loss of contact with reality. It can lead to mood changes, thought disturbances, and abnormal ideas. It occurs in about 3% of the population and affects men as well as women. A psychotic episode is a definite moment (with a beginning and an end) of an altered perception of reality. Positive symptoms are predominant. Different pathologies may be involved such as toxic psychosis, schizophrenia, bipolar disorder, or delusional disorder.

Schizophrenia is recognized as the most debilitating disease among young people. It strikes without distinction of races, cultures, beliefs, or socio-economic levels.

*** A Person with Schizophrenia Can:

– Experience difficulties in establishing contact with those around him;

– To be invaded by strange ideas and impressions;

– Having the impression of hearing voices that, although not really existent, are part of its reality;

– Being a prisoner of hallucinations and delusions;

– Have a perception of oneself partially, or even totally altered;

– Having a lot of difficulties distinguishing between what is real and what is not;

– To have the conviction that some people want him badly;

– Retreat and behave in a bizarre or unpredictable way;

– To lose interest in many things: clothing, cleaning, personal hygiene;

– have strange and incongruous emotional reactions;

– To perceive his entourage as hostile;

– The mark of the weakness of character;

– Caused by negligent or domineering parents;

– The consequence of a traumatic experience lived in childhood;

– Due to the poverty of the living environment or to personal failure.

Schizophrenia is not a rare disease. Globally, schizophrenia affects 1% of the population. It occurs in young people in their late teens or early adulthood, usually between 15 and 30 years of age. Exceptionally, it can appear sometimes during childhood or after 30 years. This is known as juvenile schizophrenia or late-onset schizophrenia, as the case may be.

– Twice as prevalent as Alzheimer’s disease;

I – The Different Phases of Schizophrenia

Schizophrenia has a variable evolution, depending on the individual. Specific characteristics mark the different phases of schizophrenia.

– Prodrome or Prodromic Phase of Schizophrenia

The first episode usually occurs unexpectedly. That does not mean, however, that he did not announce himself, but the first signs are too vague for us to immediately think of the presence of psychosis, even if, in retrospect, we sometimes have the impression to have identified certain signs.

Prodrome or prodromal phase is the period during which the warning signs of disease appear. Unusual behavior, a tendency to isolation, general carelessness, depressive tendencies, are evocative of psychic disturbances that take place insidiously. The best indicator of the emergence of the disease is the feeling shared by loved ones that a change is taking place in the person’s way of being. Parents may feel they do not recognize their children. This change may be accompanied by other symptoms, such as greater difficulty in focusing on a specific job or task, increased nervousness when the person is in the community, or faced with an unexpected situation, more or less propensity to be tired, a feeling of fear or anguish that nothing justifies, loss of memory, the impression that his mind is submerged with the meaningless information. Psychosis is not usually present at this time.

The active phase of schizophrenia is the period when the positive symptoms of the disease are acute. Delusions, hallucinations, feelings of strangeness, bizarre behaviors are, among other things, manifestations that are usually found in these pathological periods. It is said that the person is in crisis and in this case, it absolutely needs to be treated. Hospitalization is often essential because symptoms can become so serious that special care must be provided by a specially trained medical team.

The residual phase is the period following an acute episode of the disease. With proper medication, the person usually regains a certain balance, retaining only minimal signs of the disease. Positive symptoms are greatly ameliorated, if not completely gone, but negative symptoms can persist chronically. At this stage of the illness, the person is particularly challenged to live up to his / her usual commitments: he/she tends to stand aside, has difficulty establishing emotional bonds, has a certain inability to enroll in socio-professional reintegration and, at the same time, she maintains an acceptable pace of life, far from the emotional turmoil she experienced in the acute phase of her illness.

The person reaches the recovery phase when his condition stabilizes. The symptoms are then controlled and the person can regain his power to act. This period of stabilization is propitious, if not essential, for the elaboration of a comprehensive plan for monitoring, social reintegration, and adjustment of family relations. As the person’s abilities have improved, they will be able to undertake a rehabilitation program, a program aimed at regaining their functional independence, returning to school or work; in short, then be able to have the most satisfying life possible. The pace of recovery varies among individuals; however, it is important to note that for anyone with schizophrenia, medication is necessary to maintain stability, even in the absence of symptoms.

The caregiving, social, and family actions implemented during the stabilization period do not always prevent the person from relapsing. In most cases, the recurrence of symptoms is related to a lack of fidelity to treatment or discontinuation of medication; a relapse may also be due to the pathological process underlying the disease, without identifying a triggering cause. Sometimes, as a result of a destabilizing event, the person can reproduce the same behavioral and relational patterns at the beginning of the illness, during the prodromal phase. In other situations, hitherto nonexistent symptoms appear. Although the symptoms vary from one person to another, one must think of a relapse when the person is again preoccupied with unusual or bizarre thoughts. The warning symptoms of relapse are the same as those that appear during the prodromal phase. Schizophrenia is an episodic and recurrent illness and each crisis causes a deterioration of the person’s condition. It is therefore important to prevent relapses by taking medications continuously and psychosocial treatments.

II – The Different Forms of Schizophrenia

Schizophrenia can occur in various forms and of varying severity.

The patient displays an affective coldness, seems unable to express his feelings, shows a lack of interest for others, delights in solitude. At the same time, he has strange behaviors, weird beliefs, and unusual things.

Delusions are very present, sometimes permanent. This form of schizophrenia is the most common; it responds well to the treatment that allows the patient to resume a satisfactory social and professional life.

This form of schizophrenia is characterized by the antisocial behavior of patients: delinquency, theft, aggression, vagrancy, drug addiction, for example. It is often found in people with social disruption. Delirium is manifested by episodes.

It accounts for 20% of schizophrenia. Hebephrenic patients have few delusions. They live in deep recesses, spend a lot of time in bed or in front of the television. Their language is incoherent, they seem indifferent to the outside world despite strong anxiety. These patients often refuse treatment.

The patient does not respond to any solicitation. He can remain prostrate, in a fetal position, without making the slightest movement. He can also repeat, as an echo, the last words of the sentences he hears, or imitate the gestures he observes in others.

The person with schizoaffective disorder (or schizophrenia dysthymia) has signs of schizophrenia with signs of depression or mania. These disorders are similar to bipolar disorder but are distinguished by the presence of delusions or hallucinations for at least two weeks.