Signs and Symptoms of Schizophrenia Disorder

Contrary to popular belief and etymology (schizo-splitting and phren-spirit), it is not a duplication of personality. The schizophrenic does not take himself for another, but he perceives reality in a very different way from those around him. This psychosis causes a disorganization of the psyche that leads to hallucinations, delusions, and changes in language and behavior. Patients often have serious communication difficulties with others.

Schizophrenia appears most often at the beginning of adult life when the foundations are built for a professional career and a network of lasting emotional relationships. The disease hampers this natural evolution, prevents the young adult from gaining independence, and often disrupts the progress of his studies. Between the appearance of the first negative or positive symptoms of schizophrenia and the stabilization of treatment, schizophrenics frequently lose contact with their friends, and their social relations are reduced. Yet, if the diagnosis is made early, medications and support devices allow many patients to remain independent and lead a normal emotional and professional life.

The exact causes of schizophrenia remain unknown to this day, but a combination of genetic and environmental factors and an alteration of brain structure and chemistry may play a role.

Schizophrenia is characterized by thoughts or experiences that seem completely detached from reality, disorganized speech or behavior, and reduced participation in activities of daily living. The difficulty of concentration and memory problems are also possible.

The treatment is usually for life and involves a combination of drugs, psychotherapy, and coordinated specialty care services. 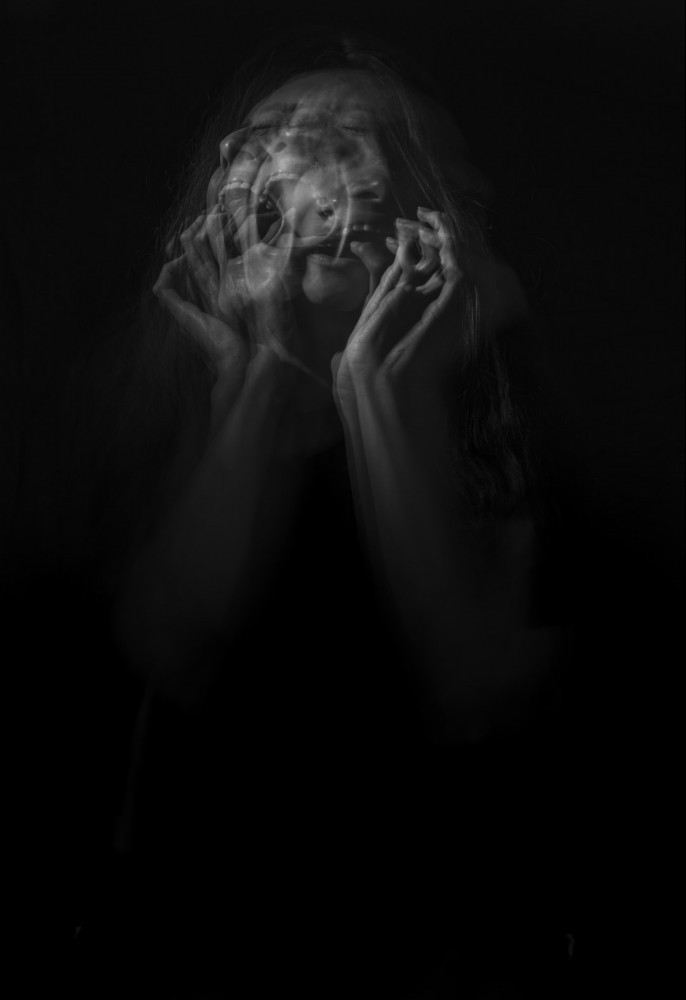 I – Positive and Negative Signs and Symptoms of Schizophrenia Disorder

Psychiatrists distinguish the so-called positive symptoms of schizophrenia disorder, which are not observed in healthy people, and the so-called negative symptoms of schizophrenia disorder, which are a weakening of psychological capacities normally present. Often, both types of symptoms coexist. The predominance of one or the other will influence the evolution of the disease and the choice of treatment.

*** The So-Called Positive Signs and Symptoms of Schizophrenia Disorder

Symptoms of Schizophrenia Disorder Are Hallucinations, Disorders of Thought and Language, Agitation and Psychomotor Disorders, and Delusions.

The patient perceives sensations that do not exist. Hallucinations can affect all the senses, auditory, visual, olfactory, or even encephalic (sensation of electric current). Auditory hallucinations are the most common. The patient with schizophrenia hears voices that can comment on his behavior, judge him, insult him, warn him of imaginary dangers, or order him to do certain things.

They can occur punctually or be present permanently. Delirium can be elaborated around different themes (persecution, megalomania, mysticism, etc.) without there being any link between the various delusions. Schizophrenics believe in its delirium., it is impossible to reason. In one-third of cases, patients suffer from paranoid-like symptoms, feel persecuted, misled, harassed, spied on, or have the impression that others are guessing their thoughts.

– The Disorders of Thought and Language

The schizophrenic does not manage to organize his ideas, he no longer has logical reasoning, his speech becomes incoherent. His mind can remain attached to an idea for a long time, and parasitic thoughts hinder his reasoning. He can stop in the middle of a sentence and start a new one with nothing to do with the previous one. He can also use a language that does not follow the usual rules of grammar and syntax and invent words. It also happens that the patient is no longer able to correctly interpret common words. Communicating with him becomes extremely difficult.

– The Agitation and Psychomotor Disorders

A multitude of attitudes can be found in schizophrenics, such as impulsive gestures, repeated movements (swinging, scratching compulsively), grimaces (tight jaws, closed eyelids), smiles or paradoxical laughter unrelated to the situation. Schizophrenics can be constantly moving, still active, or on the contrary sit, rigid, silent and motionless for hours.

*** The So-Called Negative Signs and Symptoms of Schizophrenia Disorder

The schizophrenic may seem insensitive, cold, distant, devoid of emotions. His ability to express his feelings is greatly diminished. He is reluctant to engage in a conversation. In reality, he is often in the grip of intense emotions and contradictory impulses. He generally has an exacerbated sensitivity and a strong need for affection, but there is a total discordance between his emotions and the way he expresses them.

Schizophrenics often lack energy, initiative, and have difficulty engaging in any form of activity. They can spend days doing nothing, neglecting even their personal hygiene. Such symptoms of schizophrenia disorder should not be confused with simple laziness.

The schizophrenic tend to fall back on itself and to protect itself from the conflicts related to bad communication by taking refuge in loneliness. Aggravated by demotivation, this symptom can cause indifference and a total lack of interest in the outside world.

It is the loss of the feeling of being oneself which is often accompanied by anxiety. The schizophrenic feels that his body is disassociated from his person, or that his limbs could come off. This fear can be expressed by attitudes of self-contemplation: the patient carefully observes his hands, spends hours in front of a mirror looking at his face, feels parts of his body.

The term “schizophrenia” comes from the Greek “σχίζειν” (schizein), meaning splitting, and “φρήν” (phrèn), designating the spirit. It was first proposed in 1911 by Eugen Bleuler, a Zurich psychiatrist who disputed the term “early dementia” of Emil Kraepelin used until then.

Bleuler created the word exactly in 1908 from the Greek on the model of schizopods (1819), “term of zoology out of use, borrowed from the Greek schizopous”.

The word “schizogenesis” borrowed from the Latin scientific schizogenesis (1866) and which corresponds to “variety of schizogamy of some annelids and turbellarians” was taken again in psychiatry (1972) for “schizophrenic genesis”.

A disorder that affects a person’s ability to think, feel and behave in a clear way.

Regardless of the symptoms expressed, schizophrenics have great difficulty performing the tasks of daily living. Their thinking is unclear, their relationships with others become difficult, they have difficulty controlling their emotions and making decisions.

Schizophrenia results in uncertain contours of personality, or even uncertainty to physically delineate one’s body. It is an approximation in the discernment of identity contours, identified with difficulty, and not a dissociation of the spirit in several parts.

*** Schizophrenia Is Not the Same as the Phenomenon of Multiple Personalities

Thus, schizophrenia should not be confused with the phenomenon of multiple personalities, which may relate rather dissociative disorders of identity. Amalgam is common, however, and the term schizophrenia (or its derivatives) is often misused, especially in the media or the cinema, to designate an entity with multiple facets, sometimes antagonistic, or a tug-of-war between contradictory statements.

The term paranoid is often associated with the name of schizophrenia and describes a delusion rich, even creative, illogical, and most often incomprehensible. It should not be confused with a paranoid delusion, more organized and more constructed.

*** Schizophrenia Belongs to the Class of Psychotic Disorders.

Schizophrenia is a severe and chronic mental disorder belonging to the class of psychotic disorders. This disorder usually occurs in early adulthood (between about 15 and 30 years of age). Its prevalence is 0.4%, and the morbid risk for life (the probability that a particular individual develops the disorder at least once in his life) of 0.7%. Like other psychoses, schizophrenia is manifested by a loss of contact with reality and anosognosia, that is to say, that the person suffering from it is not aware of his illness (at least during acute periods). ). This peculiarity makes it difficult for the schizophrenic person to accept the diagnosis and his adherence to drug therapy.