The Psychology of Memory and Forgetting

In the concept of the psychology of memory, we have to separate two notions: memory – forgetting. Knowing how to memorize is a real asset in life. At first, we will study memory, then forgetfulness and finally we will see what we need to know to improve our memory.

We need our memory, at school to learn, at work to perform the tasks entrusted to us, in everyday life when we have to go shopping, for example. Memory has been working since the beginning of time. Memory is part of knowledge.

We all try to learn many things throughout our lives, but unfortunately, whether foreign languages or scientific data, we forget them so quickly. Why are we forgetting things?

Our brain protects us from overloads and constantly erases information we do not need. That’s why all the new words we learn are kept in the short-term memory. If you do not repeat them and you do not use them, they are forgotten. 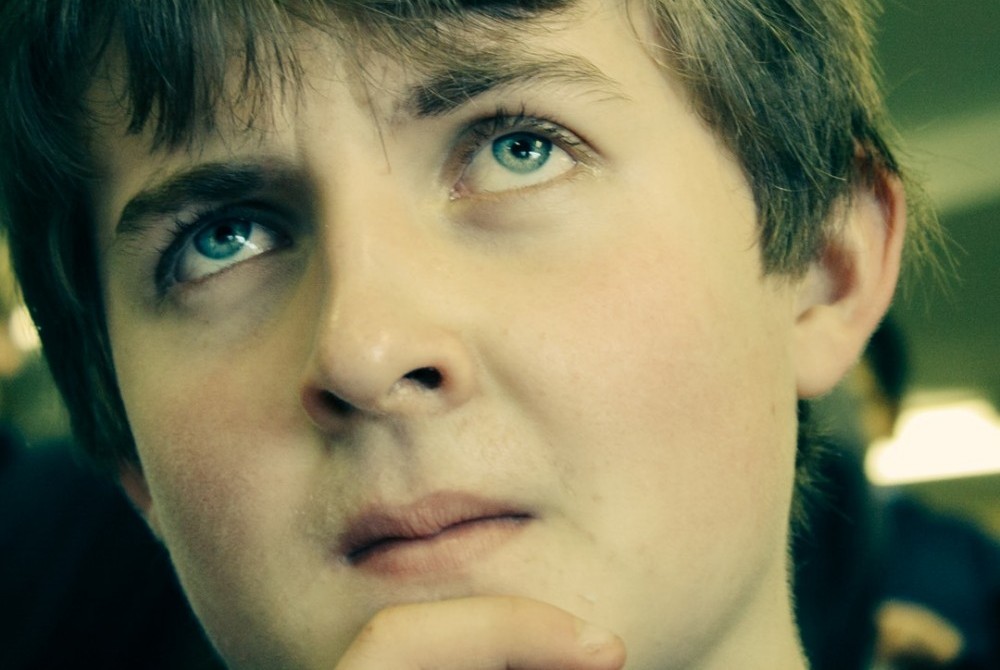 Summary of the Article

I – The Psychology of Memory

II – Forgetting as Pathology of Memory

III – Conclusion: What You Need to Know to Improve Your Memory…

I – The Psychology of Memory

Every man has a memory because every man has a brain. In the psychology of memory, memory is the faculty of the mind to record, preserve and recall past experiences. His research is carried out by different disciplines: cognitive psychology, neuropsychology, and psychoanalysis.

Memory is apprehended as the persistence of the past; in other words, the faculty of preserving data, ideas, information previously acquired.

Memory is generally cultivated by use. However, there are events that can burn spontaneously in memory or after repression. Thus the memory can:

– permanently change the state of the body (inconvenience)

– to be an advantage for the man in the sense that without it, life is impossible.

Indeed, habituation, habit, learning, education are based on memory. Indeed, memory allows the human being to be modified by his past, to integrate his lived history. The types of memory are expressed in time. What are the types of memory according to the psychology of memory?

There are three (3) types of memory.

Short-term memory (STM) refers in the psychology of memory to the type of memory that can retain and reuse a limited amount of information for a relatively short time, about half a minute. A large body of research in cognitive psychology has sought to determine the characteristics (capacity, duration, functioning) and the role of short-term memory in cognition.

The concept of short-term memory is quite old in scientific psychology. William James in his Principles of Psychology (1890) already distinguishes what he calls primary memory from secondary memory. This primary memory would be able to retain a small amount of information, immediately present in the mind, while the second memory contains a virtually unlimited knowledge that requires an effort to be recalled.

At the same time this distinction is also found in the works of the German Hermann Ebbinghaus, often considered as the founder of the experimental study of memory or the Englishman Francis Galton who also considers that there is a kind of short-term memory, related to the conscious experience of mental activity:

” There seems to be a presence-chamber in my mind where full consciousness holds short, and where two or three ideas are at the same time in hearing, and an ante-chamber full of more or less allied ideas, which is situated just beyond the full ken of consciousness, the most important of all the ideas of the audience, and their turn of hearing.”

It is also called working memory. Short-term memory is characterized by limited storage capacity and rapid forgetting. The information stored in the sensory memory (our senses) stays there for a few seconds. It is during this period that the treatment that leads to short-term memory takes place.

In short-term memory, the image or information tends to degrade considerably if there is no repetition (10 to 15 seconds later).

Often we keep the phone numbers, the name of a person we are introduced to for the first time, in the short-term memory (after repetition).

In cognitive psychology, long-term memory (LTM) is the memory that allows retaining, in an unlimited way, information over very long periods of time (years).

The concept of LTM  is a concept used in memory models that distinguish several subsystems according to the type of information stored and the retention time. Long-term memory is thus opposed to the sensory register (or sensory memory), the short-term memory, and the working memory.

The contents of long-term memory are described according to their nature as episodic, semantic. Researchers and clinicians are also interested in forgetfulness processes, especially in psychiatric pathologies such as dementia, in which some memory processes are damaged.

Long-term memory comes into play when information stored in short-term memory is analyzed, coded, and processed for retention. Example: memories since our childhood.

Note: There are not only memory types, but there are also memory phases. We also have 3 phases.

The memory, in its operation or process, comprises three (3) phases. 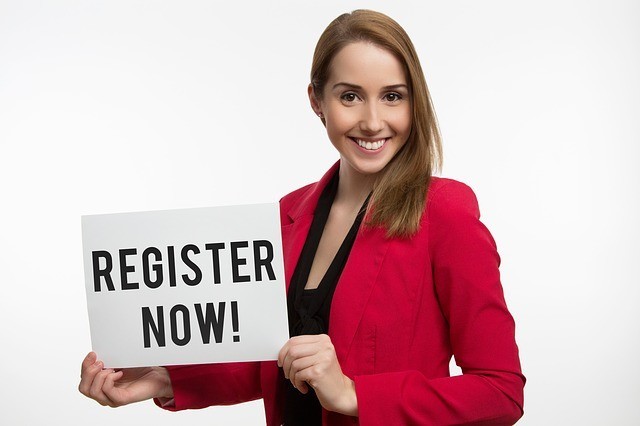 During this phase, the information received by our senses is processed, selected, and transmitted to our nervous system. This phase is called still phase “welcome” information. It precedes storage.

The information is stored in long-term memory. In this memory, the information can undergo transformations. The repetition, the nature of the information, the personality of the learner, his experiences, his attitudes, his motivation … are factors that allow the facilitation or not of the storage during a more or less long period. This stored information leaves mnemic traces at the memory level. It is the stimulation of these traces that is the source of recovery of this information.

• The Recall Phase (Draft or Updating)

Information latent in long-term memory may be recalled depending on the circumstances in which the individuals are. Information whose memory traces have been erased cannot be retrieved, updated. Memory thus has biological and psychological functioning.

II – Forgetting as Pathology of Memory

Forgetfulness is grasped as the normal erasure of memories; the inability to recognize something previously perceived. It can also be defined as the impossibility of evoking the past.

Forgetting can be perceived as a pathology. The psychology of memory recognizes the two main categories of memory disorders.

Amnesia means the partial or total loss of memory. There are several forms of amnesia:

It prevents the fixation of facts as they occur. It deals with recent facts. Indeed, the subject who is reached can no longer remember what he just read, sees, hears… moments before.

It concerns ancient memories. The patient has forgotten his childhood and the vicissitudes of his life.

It only relates to certain memories, certain events. We are talking here about memory disorder. This form of amnesia is common in hysterics. It allows him to forget certain representations, certain agonizing affects that he represses in the unconscious.

Delirium is generally the state of a patient who expresses false ideas, in total opposition to reality or evidence. Delusions of memories are in particular:

In this case, the patient tells his past not as he was, but by giving an imaginary version he takes for his memories. Unlike the mythomaniac, the fabulation does not try to deceive, he is sincere in the fictionalized past he presents.

• The hallucination of the past

Here, the past is lived in the present. The patient is alive now but in the past.

It is the illusion of already seen, already lived. Here, the present is lived in the past. The patient feels that what he is experiencing now has already been lived.

III – Conclusion: What You Need to Know to Improve Your Memory

To not forget the new data, you must try to memorize them in the long term. In this case, learning from memory is not enough because the brain does not have the time to understand the information or to create strong associations. To remember longer, it is better than the process lasts several days, even weeks. Repeat the words once a day throughout the process.

In every respect, it is a repetition that shapes memory. Neurologists are used to saying that “the neurons that have been asked for learning will be asked again for the restitution”.

Concentration also allows you to work better, memorize easily and study easily. Concentration is a crucial element to memorize faster.

How to memorize faster?

The ability to memorize is fundamental: it allows us to succeed in our studies, to do our work, and help us in almost all our daily tasks. Some people are lucky enough to have innate facilities to memorize things, others do not. But if you are part of the second group, do not worry: it is possible to develop your memory if you train it correctly.

Through brain training and the use of memory techniques, you will make your brain your best ally. […]

For starters, we must understand that memory is a complex construction that is part of our cognitive abilities. In this way, the term memory cannot be understood without the set of capabilities that compose it. Memory is the construction of several brain functions that complement and interact with each other.

* Each person is unique, and each has its own memorization process. Some people are able to remember information simply after hearing it on the radio. Others, on the other hand, prefer to write the information they want to remember or to repeat it aloud. Still, others opt for color schemes to help burn the information in their memory. And you?

* The first step in learning how to memorize faster is to discover and define your type of memory. It’s about detecting what your strengths are when you memorize something, so you can use the most appropriate memory technique for your type of memory. Do you like to write things to keep them in, or are you more like going back and forth in the living room, repeating out loud what you want to learn?

There are as many memory styles as there are individuals. Some record the things they want to remember (by reading them aloud for example) and then listen to the loop recording during their daily activities. These people have aural memory.

Although there is no one-size-fits-all method for memorizing faster because everyone’s memory works differently, there are still a series of scientifically approved methods that help increase memory capacity.

It is worth mentioning that a healthy and balanced diet, without excess, helps our brain and therefore also our memory. Our diet affects our brain. […]