Religious Views of War and Peace Then and Today

Religious views of war and peace are often very contradictory. Divisions between participants in war conflicts are often based on their different identities or awareness of different identities (ethnic, racial, religious …) and religious divisions have been the cause or accompany of many conflicts: clashes between Catholic Christians and Muslims in East Timor, Jews and Muslims in the Middle East, Protestants and Catholics in Northern Ireland, Muslims and Hindus in Kashmir and the Indian state of Gujarat (conflicts between India and Pakistan, since the creation of these two states in 1947/8), conflicts between Hindus and Sikhs in India, Taliban exclusivity according to other religions in Afghanistan … Here we can add the war conflicts in the area of ​​the Great Lakes of Africa (Victoria and Tanganyika – Rwanda, Burundi and Uganda) in which the clergy also played a role, in the so-called Horn (Somali Horn – Ethiopians, ie Monophysite Christians, against Eritreans and Somalis – Muslims), then in Sri Lanka (Sinhalese – Buddhists and Tamils ​​- Hindus), Chechnya (Orthodox and Muslims), Ivory Coast and Sudan (Christians and Muslims) , as well as in the territory of the former Yugoslavia (especially in Bosnia and Herzegovina), Lebanon, and Nagorno Karabakh (Monophysite Christians Armenians and Muslim Azeris).

Religious Views of War and Peace Then and Today 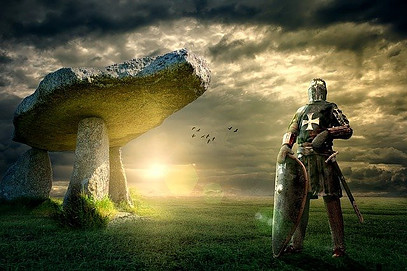 While certain epochs in the past were dominated by religious wars (i.e., wars waged for religious reasons, i.e., to exterminate infidels or take from them, i.e., members of other religions some territories, goods, or liberation under foreign rule groups of inhabitants of their faith), such wars have been gradually “replaced” since the end of the 17th century by wars waged for national, ideological, “state reasons” or “national security reasons” in the form of preventive or other criteria-defined wars. In the conflicts of recent times, religions often play a significant role, especially when it comes to conflicts of states or groups that differ in ethnic and religious elements, as well as civilizational affiliation and characteristics. That is why some authors believe that religious conflicts have not been overcome even today. Others predict new conflicts of civilizations, large-scale conflicts, emphasizing that civilizations usually rest on religious foundations or are permeated with elements of some of the religions.

In the last decades of the 20th century, there was a significant change in the reception of religion as a reconciliation and conflict factor. Three factors are usually cited here as the main reasons:

We could say that there is no religion that has not experienced violence. The original Christians were exposed to persecution, Muhammad was forced to leave Mecca and move to Medina, and even modern events, unfortunately, as we mentioned at the beginning, testify to that.
When it comes to individuals, human sins, and evil that cause the negative sides and passions of human nature, religious organizations fight against individual manifestations of aggression and violence. However, when it comes to mass phenomena such as religious and nationalist movements and wars between states, which are justified by religious or similar reasons, the same organizations are often on the sidelines and tacitly justify conflicts.

Interpretation of the Holy Scriptures

Proponents of the theory of nonviolence in religious communities can find support for their views in the scriptures. In them can be found the principles by which killing is forbidden.
Hinduism teaches that all living beings hate pain, so no one should hurt or kill them. Hence they express non-violence (ahimsa) towards humans and animals. Buddhism says that hatred is not reduced by hatred, but hatred is reduced by love and that life is not destroyed. Taoism is, we would say, even more specific. “Where armies camp, thorns and thorns grow … Weapons are sinister devices and disgusting to everyone. He who understands the Tao does not adopt them ”(Lao Tzu).
In the Old Testament, the Jews have the commandment, “Thou shalt not kill” (Deuteronomy 5:17), and Christians have a similar provision, written in the New Testament: “Thou shalt not kill; for whosoever shall kill shall be in danger of the judgment ”(Matthew 5:21). Islam demands that no one is killed unless there is a “good” reason for it, but it also offers the possibility of forgiveness for revenge and violence.

Although the scriptures provide a basis for nonviolence, they are also full of examples of violence. For example, in the Bible, especially in the Old Testament, there are too many places that speak of bloody conflicts, exterminations, robberies during war campaigns, without all these descriptions being accompanied by words of condemnation or deterrence. In the Second Book of Moses (Exodus), Jehovah promises Moses that he will help him take the land of Canaan and expel its inhabitants. Jehovah will persecute his enemies before him. Exodus 23:30). Religious teachings contain both principles on which peace can be built and those that, in certain cases, can justify war (by defining it as “just war” or in another doctrinal context as “holy war,” jihad).

Jesus and the Principle of Not Resisting Evil

Rejecting the Talion principle, Jesus introduced the principle of not resisting evil. The Christian principle of non-resistance to evil and the famous “Whoever hits you on one cheek, turn to him the other” represents a humanistic moral demand but also an idealistic message that remains a utopia for today’s people. However, certain passages from the New Testament cannot be reconciled with the teachings of Christ. Mark’s Gospel describes the horrific scenes that accompany wars but tells people not to be afraid of wars (Mark 13: 7-22).

In relation to Christian pacifism, Islamic pacification is more realistic because it does not go to turning the other cheek, but only to remove evil with something better. But the Qur’an commands revenge for the slain, treats it as something without which there is no survival, and accepts the principle of talion, giving the Jewish Old Testament principle a concretization that includes the eye, teeth, and head, nose, and wound (Qur’an 2: 178 -179). But, on the other hand, whoever gives up revenge will find it as redemption from sin (Qur’an 5:45).
As we can see, many attitudes contradict each other and allow choosing the one that currently suits powerful interpreters. Problems often do not arise from principles but from who will interpret and implement the principles, i.e., who will rule in the name of principle. It is important to interpret religious teachings in accordance with universal principles, which are based on the free life and equality of all people. When interpreting “sacred texts,” it is not enough to understand that text but also its context. Therefore, faiths, despite important parts of their teachings with the message of peace, loving one’s neighbor, forgiveness, and similar messages, were in the past, and to a considerable extent others, possible sources, and causes of conflict.

Evil as an Abuse of Faith

Today, as in the past, evil can seem to be an abuse of faith. It often happens that evil is done in her name by those who, by all accounts, do not believe or do not respect the principles of the faith that they nominally profess. Respecting a great principle in practice requires many self-criticisms, and there are too many challenges that distance people and religious organizations from the principle in practice. Also, each principle can be interpreted very flexibly and according to practical needs, and there are various principles among which it is not easy to establish harmony.
Thus, among several Christian and Islamic denominations principles, there are possibilities to choose the one that currently corresponds to some profane goals. On the one hand, peace is valued, which is also expressed by the biblical blessing to the peacemakers and the greeting “Salam Alaykum.” The Qur’an expounds on the doctrine of freedom of conscience (some say the first such teaching in the history of human thought) and that there should be no coercion in matters of faith (Qur’an 2: 256-257). Such principles have had positive effects in the past when they have been respected. On the other hand, pacifist principles can be invalidated by the obligation to fight or simply be contradicted by some other important rules. Then some other moments can get a decisive advantage over the choice of war or peace. Islam, like the other two monotheistic religions, suffers from the distortion of the basic doctrine. Still, in its original form, it claims that violence against peace is the same as violence against God.