Here are some bible verses of violence, and based on it, everyone has the free will to consider for themselves whether the Bible is really a fundamental document of European spiritual and general culture or whether it is a book that frighteningly violates human dignity in the face of a serious crime which the state should classify as dangerous documents. Your comments are, of course, more than welcome.

Bible Verses of Violence as a Word of God 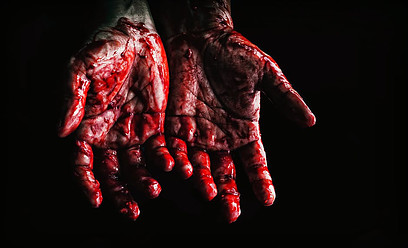 Bible Verses of Violence for Which All Three Churches, Which Are Still Alive in the 21st-Century, Claim to Be the Word of God:

“A man or woman who is a medium or spiritist among you must be put to death. You are to stone them; their blood will be on their own heads. ”(Leviticus 20:27).
“Take the blasphemer outside the camp. All those who heard him are to lay their hands on his head, and the entire assembly is to stone him.” (Leviticus 24:14).

Whoever treats his own believers as violently as the clergy of the time allowed, he will be even more uncompromisingly strict with other believers who could threaten his monopoly position. Let the god of the Bible also serve for this:

“Beware lest you make contact with the inhabitants of the land to which you come; they could become a trap for you if they lived in your midst! Break down their altars, smash their sacred stones, and cut down their Asherah poles. ” (Exodus 34, 12 et seq.)

Paul even goes a step further, so that about other believers or members of different customs writes:

“They are full of all iniquities, wickedness, greed, malice … They know that those who do such things deserve death … (Romans 1:29)

In the later world mission of the Catholic Church in Latin America, Portuguese and Spanish missionaries implemented this program, which, according to experts, cost Indians 10-20 million lives.

In 1 Thessalonians, Paul incites the rejection of non-believers, as well as New Testament anti-Semitism, by writing:

“They murdered the Lord Jesus and the prophets and persecuted us, and God dislikes them and opposes all people. The wrath of God has come upon them at last. ” (1. Tes 2. 14 et seq.)

Bible Verses of Violence as the Spiritual Basis for Luther

This became the spiritual basis for Luther’s calls to burn down synagogues and Jewish schools … “in honor of the Lord and Christianity that God may see that we are Christians.”

Luther was again referred to by Hitler, who therefore glorified the founder of the Evangelical Lutheran Church as a “great man” because “he saw the Jews as we begin to look at them only today.”

In the spiritual succession of biblical anti-Semitism, the Evangelical Provincial Bishop of Sasse praised both Luther and Hitler in the face of Crystal Night (Reichskristallnacht):

“10. November 1938, on Luther’s birthday, synagogues burn in Germany. In this way, the German nation crowns the God-blessed fight of the “Führer” for the complete liberation of our nation … ”.

However, the quoted passages from the Old and New Testaments were by no means the only places where one could find an ideology for permissible genocide against non-believers. Although one of the main commandments of the Decalogue of Moses is, “Thou shalt not kill!”, The Bible writers made God a war god who ruthlessly commands conquests and calls for killing, murdering, plundering, and rape.

“… harm the Midianites, and beat them” (Deuteronomy 25:17) is still the most innocent case.

The God we are talking about here:
“He will devour the nations that hate him. He will crush their bones and destroy them with the sword. ” (Deuteronomy 24: 8)

Even in a second of Peter’s letters, we find a real incitement against other believers:

From time to time, there is a teaching in the Bible about a murderous message presumably given from God:

“I soak my arrows with blood, and my sword devours the flesh, with the blood of the wounded and captured, from the heads of quarrelsome enemies.” (Deuteronomy 32, 42)

When the crusaders, by order of Pope Urban II. in 1095, invaded Jerusalem and wandered in the blood of the slain Saracens, which reached their ankles, they could refer to the Old’s biblical teachings and New Testaments.

The Provisions of the Geneva Convention Act as Unnecessary Humanitarian Nonsense

Given these instructions, the provisions of the Geneva Convention act as unnecessary humanitarian nonsense. The series of cruelties can be continued arbitrarily, e.g., with the following quotations:

“Samaria will be forsaken because it is disobedient to her God; let them fall under the sword, let their little children be destroyed, let their pregnant wives be torn to pieces. ” (Hosea 14, 1)

“If anyone commits adultery with his neighbor’s wife, both the adulterer and the adulteress must die …” (Leviticus 20:10).

“If anyone lies with a man as with a woman, they have both committed abomination; you must both die. ” (Genesis 20:13)

“But if a man acts foolishly and disobey a priest who serves there as a lord, your god, or a judge, he must die; … ”(Deuteronomy 17:12

“If anyone has a rebellious and disobedient son who does not listen to the voice of his father and mother and does not obey them, even when he is punished, let his father and mother take him and take him to the elders of the city, to the gates of the city and say to the elders of the city. the son is rebellious and disobedient, does not listen to our voice, and is a spendthrift and a drunkard. Let all the people of his city stone him to death … ‘”(Deuteronomy 21: 18).

According to Some Bible Verses of Violence, Sometimes It Seems as Killing Is an End in Itself

From time to time, man has the impression that to the prophet who preached the Ten Commandments to humanity, killing is an end in itself. He even intoxicating himself over the shedding of blood among his own nation. As punishment for dancing around the golden calf, he was supposed to order:

“Gird your swords around your loins, go to and fro in the camp, door to door, and let each kill his brother, friend, and relative!” The Levites did as Moses told them, and 3,000 men fell from the people that day. (Exodus 32, 27 et seq.)

And so that no one would think that the precepts of these bloody texts and the ways of conduct described there might just not be taken so seriously, the Bible once again tells the reader:

“All that I command you, keep it, and do it diligently. Don’t add anything and don’t take anything away! ” (Deuteronomy 13.1)

Both churches teach this way to this day. In 1965, the highest council of the Catholic Church was in the form of II. The Vatican Council declared the following in its dogmatic constitution on the revelations of God:

“What God has revealed, and which is found in the Bible and presented here, was written under the spirit of the Holy Spirit; for based on the apostolic faith, they are for our holy mother, the church, the books of the Old as well as the New Testaments in their entirety as holy and canonical because they were written under the intervention of the Holy Spirit. They have God as an author and, as such, are committed to the church. For the compilation of the holy books, God has chosen people to serve him with their own abilities and powers, with all this and only what he – acting in and after them – wanted to have written, handed over in writing as says the authors. Since, therefore, everything said by inspired authors must be regarded as the word of the Holy Spirit, the scriptures must be taken as they safely, faithfully, and without error teach the truth that God wanted to have written in the scriptures for our salvation. Therefore, ‘every scripture’ inspired by God is also useful for instruction, for argumentation, for admonition, and education in righteousness, that the man of God may be ready and prepared for every good work. (2 Tim. 3: 16-17)

The Catechism of the Catholic Church in Force to This Day Reads Accordingly:

Therefore, it is not a matter of historical texts from times long past; these are mainly regulations that are still valid today and practices that are portrayed as God’s will but are considered a serious crime.

These recommendations are still being followed today. The recently deceased President of one European country explicitly referred to the Bible in his book The Errors of Historical Truth, published in 1989, as an excuse for genocide against national minorities, when he wrote:

“The phenomenon of violence has always accompanied the history of humanity… Genocide is a natural phenomenon; it is in line with human-social and mythological-divine nature. Genocide is not only allowed but recommended. Furthermore, in his own words, Almighty Jehovah has always recommended genocide when it is useful for the survival and the newly enthroned authority of the kingdom of the chosen people or its preservation and the spread of the holy faith. ”

Whoever is responsible for protecting youth in the country and silently accepts brutal biblical recommendations is complicit in endangering the mental and moral development of the youth that arises from it.