How to Get Closer to God Spiritually?

Jesus says that one must be very demanding of oneself, much more than of other people. The mere fulfillment of the commandment is just a search for loopholes in the law, holes in which we may soon find ourselves. It is always necessary to take a step more, not a step-less. That way is the only way to get closer to God spiritually.

Examples on How to Get Closer to God Spiritually 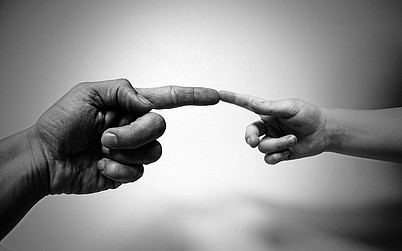 When my heart accuses me of hurting someone badly, I often console myself to avoid a rotten feeling inside me, saying, “I didn’t kill anyone”. If you look closer, I’m still a much better person than others. ” It’s true; I didn’t kill anyone. But doesn’t a word hurt more than a fist and a tarnished reputation hurt more than a prison? The people who are discarded by other people for slander are even more affected.

Or when my gaze slips to the outrageously deep cleavage of a passerby woman or the ostentatious nudity of young women online. Even then, I have a lot of excuses in stock, more or less they all go in the melody: “I only promised celibacy, unmarriedness. That doesn’t mean I can’t look at some pretty girls, does it? It’s not forbidden.” It’s true, it’s not forbidden. As well as sadness, broken hearts, feelings of guilt and broken families are not forbidden. When you look at another girl and secretly want her, do you really still love your wife? Aren’t you already separated in some way?

Or when it comes to values ​​and truth, it is always like that, even then I know how to prepare a good apology: “Sometimes you can lie. Only when it really matters, when it benefits you, otherwise you don’t” But: do I really like the truth so much that I will ever defend it, even though it will hurt me? Is there then anything higher on the scale of values ​​than just – self-interest?

It Starts With a Little Step

Like me, you will want to apologize to yourself: “These are small things. This is nothing like that. Don’t complicate things. ”Really. Little things. Like a trifle, there is only one small spark in the dried grass. But when you see it, you quickly step on it and trample it. You know what could happen. Compromises and failure would ignite a fire. There is nothing different from a man and his actions. All great things begin in the heart. With a tiny idea, unworthy of attention. And all the great sins too.

Life is not trivial. Never. This is what Jesus is talking about: murder, deception, lies, divorce, and so on, do not begin when it happens outside, but much earlier, inside, in the heart: with a moment of hatred, with a tiny lust, with an almost invisible desire after revenge. But it’s not a problem if the spark ignites, it’s a problem if it doesn’t turn off. If we don’t pay enough attention to the little things.

Therefore, one must be very demanding of oneself, much more than of other people, so says Jesus. And yes, sometimes even complicate when it comes to those really important matters. Because compromises just bury a person. Because the mere fulfillment of the commandment is only a search for loopholes in the law, holes in which we may soon find ourselves.

Therefore, it is necessary to take a step more, not a step-less. That way is the only way to get closer to God spiritually.

A book I recommend

To deepen your knowledge of how to get closer to God, I recommend reading the following book. From the lessons of the life of Moses, you will acquire this knowledge at the source.

Getting Closer to God: Lessons from the Life of Moses