Emotional Miser or Affective Avarice → How to Recognize? 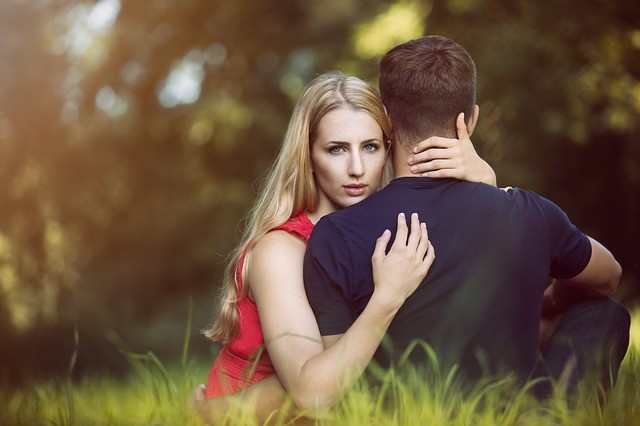 An emotional miser is someone who is unable to share and express their emotions and feelings.

The loss of control of one’s feelings scares him because he does not want to feel vulnerable to others. He sometimes hurts his entourage by his lack of expression and gratitude.

Indeed, the emotional miser is someone who shows little emotion. It is often his partner who complains about his cold and distant behavior.

Yet this is what can appeal to the beginning of the relationship and exert an attraction. Quickly, the partners who frequent it can feel neglected and frustrated by this lack of affection:

– This character trait concerns men more often. The miser affective gives different pretexts for not having to demonstrate his feelings.

– He can pass his emotional detachment for modesty or a rigid education. It’s his way of protecting himself so as not to feel dependent on someone or an emotion. He is afraid to engage and lose his own identity.

– It is difficult for him to empathize with the other, his reactions are often cold and he does not react much emotionally.

– He does not know how to express his gratitude, often ignores the emotions of others because he remains centered on the control of his own sensations.

“He never tells me that he loves me”, “do not hold my hand in the street”, “do not surprise me” … The testimonies of women with visibly stingy companions are numerous.

And for good reason, according to the psychoanalyst Moussa Nabati: “Women have the desire and the need to feel loved and that this love is said, shown, renewed daily. They are in love with their companion and, at the same time, with love. Men are more comfortable in the action. They want to make love, more than to express it in words. It is a way for them to express their tenderness, their desire. They also need less daily demonstrations. But emotional greed is not just a male affair. Women indifferent, cold, closed, towards their companions, there are some too.

2 – Emotional Greed (Avarice): Why Is This a Problem?

Emotional greed is really a problem in the life of a couple because the partner who ” undergoes ” does not necessarily understand what is happening. Thus, it can create misunderstanding, anxiety, misinterpretation of silences, distance from the couple with a feeling of loss, a questioning often unnecessary, a loss of self-confidence, or even anxiety for the other. In the most severe cases, this can lead to breakage.

The women who attend it, if they were initially attracted by its phlegm, can quickly feel bad or not loved by their partner and neglected by the latter. Affectionary women often feel frustrated.

3 – Why Are They Miserly Affective?

There are different reasons why your partner is an emotional miser:

– He is afraid of arguments, aggression, wrong answers or suffering

– he needs to distance himself in case of fatigue, worries or doubt

– He is a little talkative

*** The reasons for his behavior

The emotional miser does not express his emotions because he has difficulty in empathizing with the other. Ignoring the emotions of his partner, he is focused on controlling his own feelings. The loss of control of one’s feelings scared him because he would make himself vulnerable to others.

Thus, his emotional detachment is a shell that he has built so that he never becomes dependent on someone or an emotion.

4 – Emotional Miser: How Do We Recognize It?

An emotionally affected person cannot show his emotions and feelings to his partner or his entourage. This does not mean that he does not feel anything, but rather that he protects himself from possible emotional dependence.

He is not only not very demonstrative, but also not inclined to inflamed declarations, compliments, and tender gestures.

To recognize emotional miser, there are several characteristics:

– He does not compliment.

– He kisses and touches little his partner and others.

– He does not show affection or tenderness towards his partner, whether to say “I love you” or hold his hand.

– He shows no enthusiasm or gratitude.

Affective males are more comfortable in action than in words. They need less daily demonstrations of their emotions, which is why their behavior can be misinterpreted by their partner or those around them.

5 – What to Do When Living with an Emotional Miser?

It is not always easy to live with an emotional miser. The partner, or the entourage, can talk to him about his own frustration but without becoming an accuser.

Helping him let go and release his emotions gradually is a long and difficult job. Several techniques can help:

– Reassure him about the relationship by giving him confidence.

– Listening to his desires, fears, and frustrations.

– Show him how to give affection.

– Help him to trust him.

– Express your own feelings to elicit a reaction back.

– Focus on the positive points of the relationship.

– Do not be in accusation or blame.

– Foster dialogue and take time for the relationship.

– Respect his tranquility when necessary.

– Be diplomatic and patient

Choosing a miserly emotional companion is not trivial and may reflect a need for freedom or difficulty expressing one’s own emotions.

It is important to question this choice. Desire sometimes feeds on lack and a certain distance from the other, which can make the miser affective attractive.

In Summary About Emotional Miser or Affective Avarice

An emotional miser is a person incapable of sharing any feelings.

– He shows little of his emotions or worse, does not express them at all and cannot easily enter into empathy with others.

– He is focused on the permanent control of his feelings and simply ignores the feelings of his partner.

Warning! It should not be confused with the phobic commitment, the latter may have real feelings.

In a couple or in a romantic relationship, the greed of one is usually a symptom of a more general problem. “Either the couple is disintegrating because one of the two partners has decided not to bring any more oxygen; either you have to find out what’s wrong. ”

In psychology, affective greed is explained as a sort of shield that the person concerned is constructed.

In fact, the loss of control of one’s feelings means to the miser that he is vulnerable to others.

Thus, this emotional detachment allows him to avoid the risk of emotional dependence vis-à-vis others or an emotion.

A fear that has no place to be. Love feeling is simply not an addiction.