Emotional Inhibition Is Expressed in Many Ways

Affective Avarice and Emotional Inhibition: Here are some overlapping topics. In these two articles, we will expose the nuance between these two terms. Emotional Inhibition is expressed in many ways. It is probably one of the most common clinical symptoms seen by psychologists, as well as one of the most frequent limitations with which individuals, who think themselves relatively free from difficulties, live without their knowledge. It consists of an impossibility of freely expressing a desire or a capacity; the individual is diminished and cannot flourish. Emotional Inhibition usually involves a significant limitation of the pleasure that can be taken to live. We will learn more in this article.

Take, for example, Oliver, a loving man whose father died. Despite a situation that would typically provoke strong emotions, Oliver did not feel anything when he thought about his father for a few weeks. However, friends and family members describe him as a caring and emotional person. This condition could be defined as a temporary condition of alexithymia, usually triggered by a shocking event.
We also know of another type of alexithymia, which is permanent and which some experts consider to be part of the human personality. Oliver’s colleague Jack comes from a messy family. People perceive Jack as a successful, intelligent entrepreneur, but too thoughtful. He does not find himself in emotional situations, finds it difficult to understand the feelings of others, does not respond to them, and consequently acts cold. 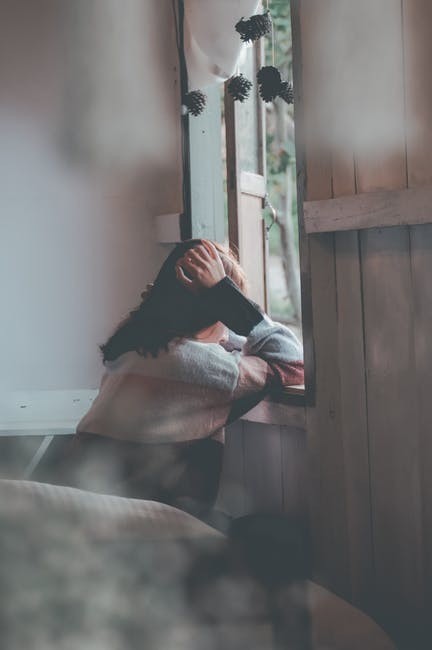 Emotional inhibition can be defined, in principle, as the difficulty of identifying and expressing emotions and feelings.

Some schools of psychology define this condition as “alexithymia“. This word comes from three Greek roots: “a” (without), “lexis” (word), and “thimos” (emotion). From this point of view, it means “without words for emotion” (literally in French).

Many people who suffer from emotional inhibition have emotions and feelings. The problem is that it is very difficult for them to detect them and therefore to express them. They do not all live this trouble at the same intensity. In some cases, this phenomenon is not so profound, while in others there is a total dissociation with the emotional world.

A person with alexithymia has difficulty in knowing if what they feel is love or friendship, for example. She will also be very stingy in words if you ask her how she is doing. It will tell you “well” or “bad” but will not specify what these two words mean exactly. She will not say she is “pissed off” or “enthusiastic” or “sad”. In extreme cases, when faced with a question, she will keep silent or say “well” automatically because she understands that this is the answer that others expect.

The most characteristic feature of emotional inhibition is coldness. It’s as if these people feel nothing and indeed, in the most extreme cases, they fail to feel. Their symptoms are similar to those that a depressed person feels, but in this case, they are more accentuated. The most visible are:

– They do not feel pleasure or minimal

– They move rigidly and slowly

– They have a poor social life

– They show a lack of vitality

– If they establish links, they are often links of dependence

There are two types of emotional inhibition or “alexithymia”. The primary, in which the person’s behaves thus since birth. In this case, this corresponds to a neurological abnormality. The secondary, which appears after physical or psychological trauma, or after periods of intense prolonged stress.

For many researchers, in most cases, emotional inhibition is marked by socio-cultural factors. There are models of family communication that tend to inhibit the expression of emotions. There are also social, and school environments, where to say what one feels is disapproved. It is common to impose a model of “good emotions” and “bad emotions”. We can talk about “good” but never “bad”.

2 – The Disadvantages of Not Expressing Emotions

The most serious cases of emotional inhibition require therapy, which is often prolonged over time. It is possible that they also require neurological intervention. Everything seems to indicate that the root of this problem is a disconnection between the cerebral hemispheres. This can be corrected in some cases only.

The less serious cases, which represent the majority, may follow a different recovery program. Sometimes a person inhibits the expression of his emotions simply because he has not learned to do the opposite. It is very usual that in the past, we had to silence her emotion, because, in certain environments, we value the lack of emotional expressiveness positively, as a sign of self-control. In the same way, there are cases where emotional silence is the natural response to unresolved trauma.

In any case, the impossibility of defining and expressing emotions generates a series of consequences for life. First, intellectual functions fall. Emotions play a fundamental role in acquiring new knowledge and in memory, primarily. The emotional world is also at the base of investigative abilities and creativity. Thus, a person with emotional inhibition will be intellectually fragile.

On the other hand, and it is obvious, social life is reduced to its minimum expression. There is no opportunity to establish deep bonds with others. Life becomes arid and this has an influence on greater inhibition. This is a malfunction that can be treated. Emotions are the “salt” of life. If you suspect that you or someone you know is suffering from these symptoms, do not hesitate to ask for help.

You can take an alexithymia test at the following internet address. The questionnaire consists of 37 questions that touch on the main characteristics of alexithymia. You can choose English, German, or Spanish before you start solving the questionnaire.