Does science refute God? In today’s cosmology, the so-called cosmological principle prevails, which tries to enthrone atheism as a dogma, and not as a scientific theory, and has nothing to do with what we observe in nature. Cosmology is the astronomy branch that deals with the origin, properties, and development of the universe as a whole. Let’s take a look at the ultimate prank placed on us by modern science. Although today’s cosmology is firmly based on the laws of physics known today, it rejects the source of physics laws, that is, the existence of the Author of those laws himself. 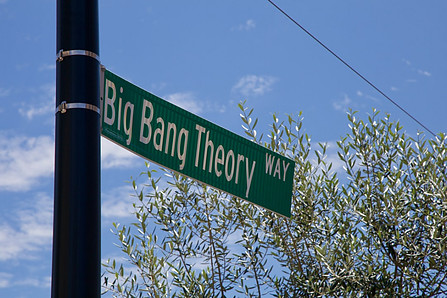 The theses of cosmology are as follows:

– there is no Creator

– the universe is not designed

– there is no purpose

– there is no privileged place in space

The first two theses go directly against God’s Word, which begins, “In the beginning, God created the heavens and the earth.” A direct negation of the very beginning of the Bible and God the Creator. If we accept that there is no God and that the world is not created, it means that there is no purpose for the universe, or the sun, or the sky, or the earth, or your life, or you. Everything exists for no purpose. There is no special place for man in space.

So, Does Science Refute God?

We are not aware of how perverted modern science is and going directly against God.

“When I look at your heavens, the work of your fingers, the moon and the stars that strengthen you: What is the man to remember him, and the son of man to visit him? Make him a little lower than the angels, and crown him with glory and honor. ”/ Psalm 8: 3-5

We are not insignificant in space. We were created by God and for God. What a love God has for us that God Himself in the form of Jesus Christ entered our creation and was among us and like us, but without sin to redeem this wicked humanity that has apostatized from God.

In everything we observe, there are physical constants that are perfectly adjusted to enable a complex life. If you try to change these constants by just one per mille, you change the entire universe’s character and everything that exists. For example, there would be no gravity. Thus, the universe in which we live must have a whole range of constants that are very finely tuned to allow for the existence of complex, intelligent beings. To acknowledge these constants, you must acknowledge Someone who had to adjust those constants, that is, God. Otherwise, you are opposing your own reason.

The Big Bang Can Not Create a Fine Arrangement in Space

An explosion creates a mess. The big bang does not create but destroys. To explain the existence of the universe by excluding God from the equation, scientists came up with the idea that our universe is just one of an infinite number of universes where physical constants are set quite randomly. In other words, the intertwining of a series of random circumstances in the multi-space has led to the perfect precision of the universe in which we live. To avoid God, they introduced an infinite number of universes in which one would enable complex life. If God exists, you don’t need a series of imperfect universes. God creates a perfect universe from the first. So the concept of the multi-space is mythological in nature because it is unprovable.

In other words, scientists often have their own foundation, that is, the theses from which they start and build their theories and opinions. Science can be objective, but scientists are often subjective. For if they set out to prove theories on the wrong basis, that is, to throw the intelligent Designer out of the whole story, as the initial cause of everything, then the whole series of conclusions reached will inevitably be wrong.

Let us not be naive that scientists are unreservedly honest and truthful in following scientific methodology. Science contains many mythologies, superstitions, and fairy tales, especially when scientists reject the Creator of everything from what they experimentally examine and observe.