Christmas and the Actual Birth Date of Jesus Christ

I – The Actual Birth Date of Jesus Christ 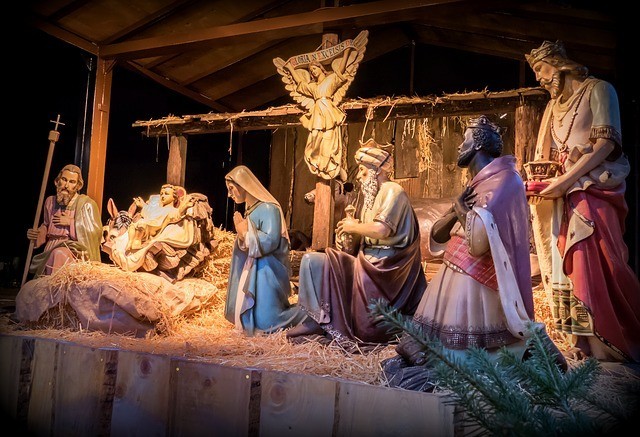 At what time of the year was Jesus really born? You may be surprised to learn that it is impossible for him to be born in late December! Luke 2: 8 mentions the time when Jesus was born: “Now there were in the same country shepherds who slept in the fields and kept their herds during the night watches” (Ostervald). The Bible in ordinary French mentions even more clearly that shepherds “spent the night in the fields to keep their herds.” It could not happen in the winter. In fact, early in the fall, the shepherds left the countryside with their herds to spend the winter in more sheltered areas. In this region, winters are cold, wet and sometimes snow covers yellowed pastures. Shepherds and herds could not withstand these conditions all winter long.

“The Jews used to send their herds to the desert around Passover and bring them back to the first rains: during the time they were outside, the shepherds watched them day and night. Since the Passover took place in the spring and the first rains began at the beginning of the month of Marhesvan, which straddles the current months of October and November, we see that the sheep were kept in the wilderness during the whole period of summer. Since these shepherds had not yet brought back their herds, there is a strong presumption that October had not begun and, therefore, our Lord could not be born on December 25, when there had more herds in the fields; He could not have been born after September, because [the Bible declares] that the herds were still in the fields at night. For this reason alone, the nativity in December should be abandoned “(article” Luke 2: 8 “, Adam’s Clarke Commentary).

Since Jesus could not be born in December, is there information about the time He was born? The scriptures do not mention an exact date, but they give clear indications that His birth took place in early autumn, around September.

Note that Jesus began His ministry around the beginning of His thirtieth year. “Jesus was about thirty years old when he began his ministry” (Luke 3:23). The Gospel narratives report that He completed His ministry three and a half years later when He was crucified during the Passover, which takes place at the end of March or April, during the spring. This places the time of His birth one semester before Passover, at the end of September, beginning of October, in the autumn.

Luke 1 reports an important event that took place before the conception and the actual birth date of Jesus Christ. A priest named Zacharias served in the temple according to his assigned class, that of Abia (verse 5). Elizabeth, his wife, was the first cousin of Mary, the mother of Jesus. Zechariah and Elizabeth were “advanced in age” (verse 7) and they had no children. While Zechariah was serving in the temple at the time of his class, the angel Gabriel appeared to him and told him that his wife would become pregnant. The child who was born later was known as John the Baptist (Luke 1: 13-17).

Centuries earlier, King David had divided the priesthood serving in the temple into 24 classes that took turns officiating (1 Chronicles 24: 1-19). Zechariah was in the eighth grade, which corresponded to a certain period of the year – towards the end of May, in the current calendar. The holy day of Pentecost fell a week after Zechariah’s class and it was also to be used during that week because all the priests were to be present. He was therefore separated from his wife while he was performing his duties and the sooner he was able to return home and father a child is around the second week of June.

Six months later, the same angel Gabriel was sent to Mary, the first cousin of Elizabeth, to announce that she would fall pregnant with the Messiah by the power of the Holy Spirit. “The angel answered him, The Holy Spirit will come upon you, and the power of the Highest will overshadow you. That is why the holy child who will be born of you will be called the Son of God. Behold, your sister Elizabeth also conceived a son in his old age, and she who was called barren is in her sixth month. For nothing is impossible to God. ” (Luke 1: 35-37).

*** When Jesus Was Born, the Herds Were Still in the Fields

If John the Baptist was conceived shortly after Zacharias returned to his home in mid-June and Jesus was conceived six months later (around mid-December), this places the birth of Jesus in the second half of September. At this time of the year, the herds were still in the fields, as Luke 2: 8 says: “There were, in this same country, shepherds who passed in the fields on the eves of the night to keep their herds. The birth of Christ did not take place during the winter solstice at the end of December.

If Jesus was not born on December 25, how is it possible that the celebration of December 25 is associated with his birth? How to explain this craze around this holiday that seems like Christmas, “a commercial Christmas”? 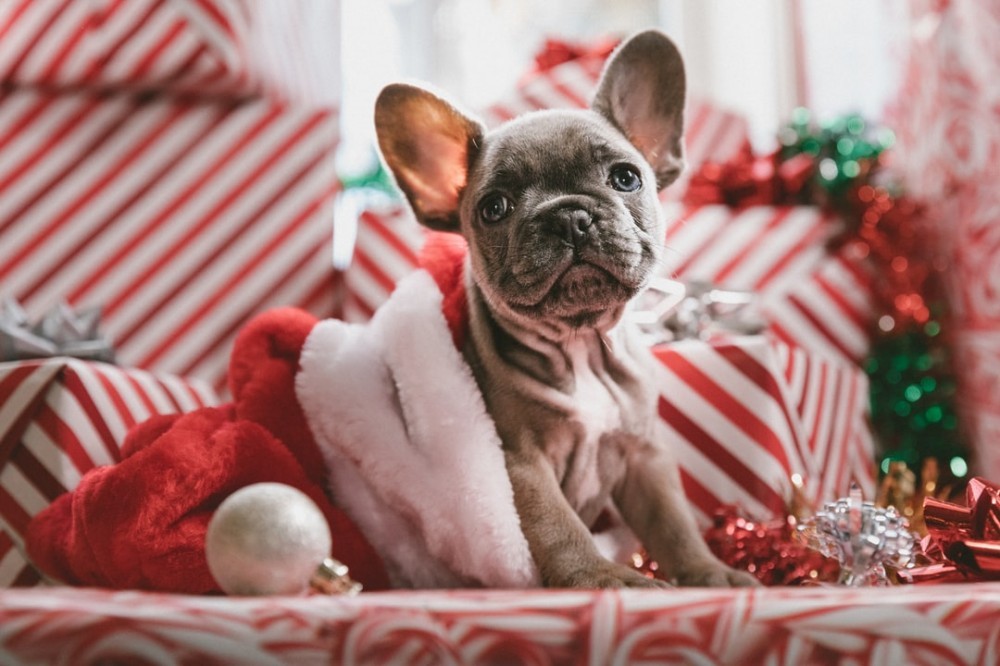 Many people complain about the “marketing” of Christmas. Vendors even use the phrase “Christmas Madness” to describe how this shopping frenzy begins earlier and earlier every year. Many of us remember the time when Christmas decorations only appeared in stores in December. Then the sales season and Christmas carols began to appear in the shops at the end of November. Now it’s common to see garlands and Christmas music in shopping malls in late October, Halloween.

From a layman’s point of view, the goal of the Christmas promotions is clear: put the money where it is!

“Black Friday” – inspired by American “Black Friday” – is now the name given by traders on the fourth Friday of November (the day after Thanksgiving in the United States). The origin of the name goes back to the days when traders traditionally considered that their cash flow “came out of the red” – accounting losses being written in red ink – to go “in the dark”. This means that they made most of their profits during this season: no Christmas, no profits!

*** Christmas Is a Critical Moment for Retail

Naturally, traders would like to expand this buying season as much as possible and there are many financial incentives to maximize sales.

The Christmas period is crucial for many traders. Every year, they find ways to maintain or increase their sales volumes at this time. Marketers are brimming with creative ideas to extend the season-end sales season: a longer season means more money available in the hands of buyers. If customers did not save during the year for Christmas shopping – which is the case for the majority of them – they will then need to finance their expenses using their current salary or accumulating debts on a credit card. That’s why having a sales season spread over three or four months generates more profit than the month of December – we see why traders talk about “Christmas madness”. This “crazy” season is now starting in November, or even in October or earlier, when stores can afford it.

One of the most important sales tactics is to stimulate the “Christmas spirit” in shops and malls. Initially, the Christmas decorations reminded customers of the holiday season and it added to the good mood when they were shopping. Then, music began to be aired – now avoiding religious references to offend anyone – and this is a very important element in convincing customers to buy more. We hear crooners, some of whom have long since disappeared, pick up sentimental songs about “Santa Claus coming back to town” or “Rudolph, the Red-nosed Reindeer”. After the holiday season in January, most people are relieved to escape this permanent musical hype.

Many employees receive end-of-year bonuses and traders try to recover the money as much as possible. They organize great sales of the end of the year with all the unsold of the previous months, to recover all this cash available!

*** Guilt makes you the buyer!

Every effort is made to make parents feel guilty if their children do not live a “big Christmas”. How many times have you been asked, “Have you had a big Christmas party this year? People attach a great deal of sentimental importance to the huge pile of gifts on Christmas morning, for which buyers have had to make financial sacrifices – but the main beneficiaries of this sentimentality are rather the traders who sold the gifts than those who receive them!

The financial problems of Christmas, linked to sentimental reasons, are a frequent problem – and the credit repurchase companies know it well.

*** Debits and Credits: “The Ghost of the Last Christmas” 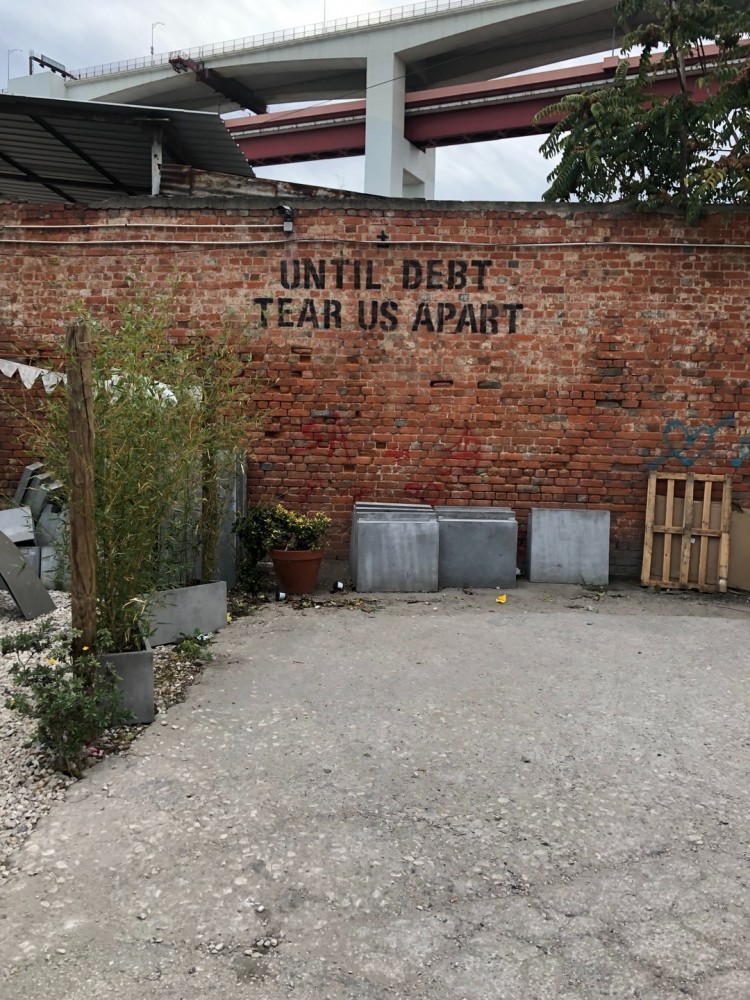 Many debts are contracted before Christmas! Debts accumulated through credit cards or revolving credit peaks at this time – then people spend a whole year repaying them at very high interest rates. Financial specialists sometimes call this accumulation of expenses the “nightmare of Christmas debts”. On the contrary, it’s a dream for credit repurchase companies! “Financial consulting firms are seeing a 25% increase in the number of people seeking help in January and February, and the main reason for taking these steps is the end-of-year debt that haunts consumers. Like the ghost of the last Christmas […] “Many people are trying to cope by making minimal credit card payments,” says Durant Abernethy, president of the National Association for Credit Counseling. “Add to that the expense for the holidays and all of a sudden, the minimum repayments become higher than they can repay” “(ABCNews.go.com, Eileen Alt Powell, March 7, 2014).

Credit buy companies like the holiday season and the “Christmas debt nightmare” it creates. It’s extremely lucrative for them but extremely expensive for frantic shoppers. Many tips are available to manage the problems created by the holiday season.

*** How to Avoid the Financial Nightmare of Christmas?

“This scenario sounds familiar? You use your credit cards for your Christmas shopping, promising to repay those debts in two or three months. Six to eight months later (or more), you’re still paying off those items that looked so cheap when you bought them but ended up costing you 10% to 20% more than you thought. cause of interest. For many Americans, this cycle of debt starts again year after year. Financial advisors call this “the nightmare of Christmas”. In some circumstances, it makes sense to make a purchase using a credit card, but the purchase of Christmas presents is not part of it. The use of credit cards often encourages compulsive shopping, over-consumption, and increased debt “(About.com, Deborah Fowles).

If buying Christmas presents is a boon for traders and credit companies, the following months are a real gold mine for credit repurchase companies. They realize a large part of their turnover thanks to the purchases on credit for the end-of-year celebrations.

The “madness of Christmas” among traders gives the impression that the sales season starts a little earlier each year. The holiday season, meanwhile, began much earlier than most people imagine! From a historical point of view, the celebration of December 25 began as the birthday of a sun god, not the Son of God!

I hope you see during this article that the Actual Birth Date of Jesus Christ has nothing in common with the Christmas celebration.