A Cosmological Argument for God

A cosmological argument for God proves God’s existence through the fact that there is a world, that is, that something exists at all. That very question, why does anything exist at all, intrigued Leibniz the most. For him, it is a question of the utmost importance, to which we must answer. He concluded that the universe exists because God created it. 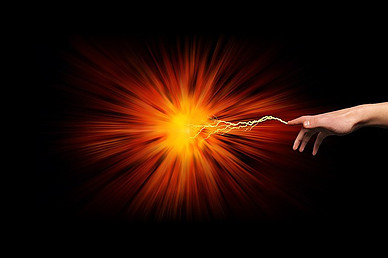 The originator of this argument is John Philoponus, who opposed Aristotle’s teaching on the infinity of the universe. Later, the argument was elaborated by Islamic philosophers such as al-Kindi, and later by al-Ghazali, and the argument was immediately accepted among the Jews as well.

Its cosmological argument flourished in recent times thanks to William Craig, who presented the argument in the light of modern philosophy.

1. Everything that begins to exist has a cause of its existence.

2. The universe began to exist.

3. The universe has the cause of its existence.

The first premise consists of the principle of causality (nothing can create something), and it is almost impossible to imagine someone who can say that it is incorrect. Otherwise, we might wonder why things don’t constantly arise out of nothing.

The real debate is in this premise. El Ghazali claimed that if the universe did not come into being, it means that we have an infinite number of the previous moments to this day, which is impossible. Here it is necessary to make a distinction between potential previous events and actual previous events.

Potential infinity is something that can only exist as an “idea.” For example, we can go to minus numbers indefinitely or to plus indefinitely. However, we will never reach an “infinite” number (as we can, for example, get -20 or 150) or the end of that sequence. On the other hand, we have one concrete moment in the present that represents the end on one side of that series.

Let’s say we imagine counting from an infinite minus to the present moment, that is, zero. Every time we counted a number, even if it were -2, we would always have infinite instances of -1 that we would have to count to get to zero. Even if we imagine that we have somehow reached zero, we have to answer why we reached it right now? Why aren’t we 10 minutes, or three years earlier, or later?

This premise has its foundation in science as well. Today, the generally accepted theory of the origin of the universe is called the Big Bang.

The first to come up with the idea for this theory was Georges Lemaître, a Belgian priest who switched from theology to cosmology and who studied at Harvard, then received his doctorate from MIT. In 1930, he realized that the universe was expanding and that there had once been only one “point,” which he called the “primordial atom.” Earlier, Hubble published the results of a two-year study of cepheids, spiral nebulae. It has been noticed that the glow of Cepheids changes in regular periods of time – the discovery of Henrietta Swan Levitt. This revolutionary knowledge glorified Hubble and revealed to people that our galaxy is not everything that exists, as it was considered until then.

As a young scientist, Newton let a thin ray of light through his darkened room. He concluded that light decomposes into familiar rainbow colors and that sunlight contains all those same colors.

This was important for observing other stars. Light waves moving away from our look redder, while light waves approaching look bluer. This is a phenomenon known as the Red Shift.

In 1912, the American astronomer Vesto Sliphfer was the first to realize that all the lines of light we observe are actually moving away from us. This does not mean that we are the center of the universe. This clearly shows that the universe is expanding. That is, it used to be just a “primordial atom.”

The big bang best explains the large number of phenomena we observe in space.

The universe came into being at a particular point in time and had not always existed. Both logic and modern science point to that, and the cosmological argument indicates that the cause must be God.

We find a slightly different formulation in Leibniz:

1. Everything that exists has an explanation for its existence.

Atheists immediately say that God must also have an explanation for his existence. “Who created God” – sounds like a question that arises, but this remark is terrible. God is the greatest unimaginable being imaginable. If God were created, he would not be God but a creature.

What, then, is the explanation for God’s existence? Leibniz distinguishes between necessary and dependent beings. While the former necessarily exist, the latter have the cause of their existence. Necessary beings exist by their own nature, and it is impossible for them not to exist. Many mathematicians consider numbers to be an example of abstract objects that necessarily exist in any possible world. In contrast, this does not apply to addicted beings. For instance, you and I might not exist.

So it is not that this premise does not apply to God, but that God is a necessary being who exists eternally, while the same cannot be said of the universe.

This is a premise that everyone will agree with. And an atheist will say that if the universe has a cause, it must be something outside the universe, and it can only be a being like God. Such a being must be outside of space, time, and matter. We can still imagine some abstract objects; however, abstract objects have no mind and cannot create something.

Can it still be said that the universe is eternal and exists, as God, out of the necessity of its own nature and that it has no external cause of its existence? This seems like the only possible atheistic alternative. However, the problems with this alternative are numerous.

We know of all the celestial bodies that could not have existed. If the world came into being in the Big Bang, such celestial bodies and everything we observe around us is a mere coincidence. Here we can go a step further – what if the matter is eternal? Can we claim that matter itself is eternal and only changes its forms?

The conclusion from these premises that make up the cosmological argument is that God is the explanation for the universe’s existence and that it is its external cause.