Winter Solstice in the Past and Now

The sun is setting very early on the winter solstice, usually fairly quickly after four o’clock. After this day the day begins to lengthen again and that is exactly why our ancestors believed that this was the only real start to the new year. In the past, the solstice was also crucial for monitoring the progress of the seasons. In the first months of winter, there were frequent food shortages, which lasted from January to April. Various celebrations were held in the Middle Ages from June to October, as the food was plentiful.

Although ancient customs have been mainly forgotten, recent years have also commemorated what our ancestors celebrated. The winter solstice, which occurs on December 21, is undoubtedly one of the customs that we need to celebrate again. Different civilizations and nationalities have measured and celebrated the solstice in various ways throughout history.

How They Celebrated the Winter Solstice in the Past 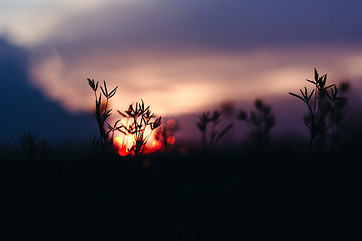 Nowadays, the winter solstice celebration has primarily remained in the roots of Norwegians. There were once inhabited Celts who celebrated every year. The remnants of this celebration are still visible today, as they call this holiday July, which means circle.

The circle indicates something that has ended and will begin again. So the winter solstice is the end of the old year and the beginning of the new. In Celtic culture, this holiday is even more important, as, in the north, they hardly see the Sun in winter. And because our ancestors extensively worshiped and glorified the Sun as it was a source of life, we can fully understand their attachment to the winter solstice.

According to ancient belief, the winter solstice brought new things, and people have always been looking forward to them. They celebrated the winter solstice as an opportunity to stop for a moment and calmly consider the past year so that they can properly evaluate it and think about what has happened to them, good and bad.

In addition, they also looked to the future on this day, the new year, which brings many new and positive things. Because they perceived winter as a time of dormancy of nature, they were aware that man must also calm down and weigh his interior. This is often the most difficult task we have to do. In any case, from now on, we can also try to experience the winter solstice by looking at ourselves and our weaknesses.

I take this opportunity to recommend you to read this collection of twelve traditional tales from around the world that honor the return of the light that takes place on the winter solstice.

The Return of the Light: Twelve Tales from Around the World for the Winter Solstice