Why Is Iodine Deficiency a Problem for the People?

Why is iodine deficiency a problem? It is obviously preferable to prevent iodine deficiency in a community or country than to treat each subject with a goiter. The most used, and often the best, measure is salt iodization. 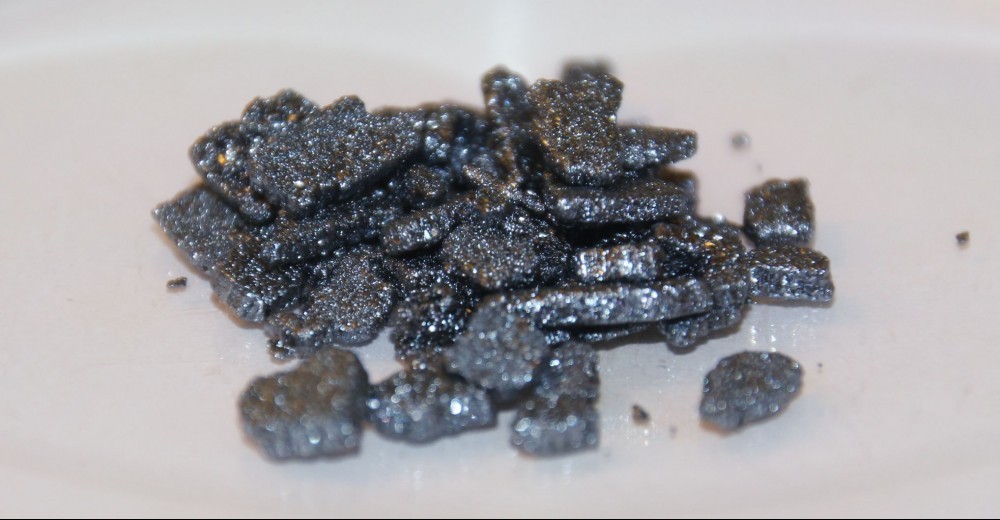 Iodine is a non-metallic mineral that humans need in small quantities for growth and optimal development. It is also necessary for all body tissues. Iodine is called an endocrine mineral because it is important not only for the thyroid gland – which regulates growth and metabolism – but also for the adrenal glands, ovaries, prostate, and the entire body’s hormonal system.

It is one of the most important and neglected minerals today. Iodine deficiency has consequences for health, education, and productivity.

Iodine deficiency is the leading cause of learning disabilities and brain damage that can be prevented, with the most harmful effects on the fetal brain. Iodine deficiency during pregnancy and infant life may result in irreversible brain damage. In adults, an inadequate intake of iodine can cause hypothyroidism, cretinism, miscarriages, and goiter.

The Iodine Crisis: What You Don’t Know About Iodine Can Wreck Your Life

Lynne Farrow reveals in this book how she and many other patient-activists changed their lives by investigating and using iodine. Frequently Asked Questions include everything you want to know about iodine.

Iodine is important for:

Iodine is essential for the proper development of the brain, especially during intrauterine life. It is used for intellectual development, participates in ideation, concentration, and all brain functions.

Iodine promotes hydration of the skin, its energy exchanges, and stimulates its secretory activity.

Associated with other trace elements, such as copper, zinc, or selenium, iodine helps the body eliminate germs, including fungal infections and bacterial infections.

Iodine promotes energy production because it is oxidized in the body to accelerate the use of fats and sugars.

III – Why Is Iodine Deficiency a Problem?

It is characterized by swelling of the anterior part of the neck, From the Latin “guttur” or throat, goiter results from an increase in the volume of the thyroid gland, which swells to extract the little iodine present in the blood. It is a common symptom of chronic iodine deficiency.

Decreased secretion of thyroid hormones results in decreased basal metabolism and clinical signs of hypothyroidism that can progress to myxedema. In adults, hypothyroidism is characterized by coarser features, dry skin, and sometimes a puffy face. The patient is gaining weight, has a slow pulse, and is feeling lethargic. Examinations would show lowered basal metabolism and decreased blood levels of thyroid hormones.

It is characterized by a decrease or a total absence of the intellectual faculties, a physical degeneration (dwarfism, stop of the development of the genitals, slowing of various functions). It is linked to thyroid insufficiency that is most often revealed by the presence of a goiter.

Iodine deficiency is the leading cause of mental retardation and brain damage that can be prevented. Its impact is particularly devastating on the fetus and young children’s brains in their first years of life. The loss of intellectual potential is perhaps the least visible, but most common, a consequence of iodine deficiency – affected children may lose 10 to 15 IQ points.

1 – The Causes of Iodine Deficiency

The main cause of endemic goiter and other disorders is insufficient dietary iodine intake. According to their place of culture and in the water, the amount of iodine present in the soil varies and influences the concentration of iodine in the food. Iodine is leached from the soil and joins the rivers to finish in the oceans. Areas, where endemic goiter is widespread, are generally plateaus, mountains, or inland plains distant from the sea: the Alps, the Himalayas, and the Rocky Mountains; smaller mountain ranges in China, Tanzania, New Zealand, Papua New Guinea, and Central African countries; and the interior plains of the United States, Central Asia, and Australia. Consumption of so-called goitrogenic foods is a less important cause of IDD. They are anti-nutrients that inhibit the absorption or use of iodine or have antithyroid activity. Brassica foods such as cabbage, kale, rapeseed, or mustard seeds are just like cassava and turnips. Unlike the aforementioned vegetables, cassava is a staple in some areas, and in Africa, especially Zaire, its consumption is considered a major cause of endemic goiter.

2 – Iodine Deficiency in the Fetus

Iodine plays an important role in developing the brain and the nervous system of the future baby during pregnancy. The pregnant woman needs to have enough iodine in her diet. It is an essential nutrient for the development of the fetus, especially in the brain. Besides brain damage to the fetus, iodine deficiency during pregnancy also causes problems with low birth weight, prematurity, and increased perinatal and infant mortality. Iodine deficiency also increases the risk of maternal death, miscarriages, and stillbirths. 38 million infants are born without the protection that iodine provides for the developing brain. The University of Birmingham’s British study, Diabetes, and Endocrinology, published in The Lancet, states that lack of iodine is the leading cause of preventable mental retardation in pregnancy. According to the study’s authors, even a very slight iodine deficiency is associated with lower IQ in children. The researchers wanted to examine the potential public health benefits of iodine supplementation in pregnant women. For this, the researchers measured how much IQ a child could increase with enough iodine and its impact on his income as an adult and society in general. WHO and the European Food Safety Authority encourage pregnant women to take iodine supplementation to give their children the nutrients they need.

Young children are also particularly vulnerable because their brain still needs iodine to develop during the first two years of life. Iodine deficiency disrupts physical development and can cause hypothyroidism. It represents the leading cause of brain damage in the infant population. This results in impaired cognitive and motor development compromising academic outcomes. Children born to mothers with iodine deficiency may suffer from cretinism, language disorders, deafness, and dwarfism.

Prevention is neither difficult nor expensive. One of the best and cheapest methods is to iodize table salt, which many countries are currently doing. An impressive improvement in iodine status has been observed in all populations where salt iodization has been carried out for at least one year.

Just a teaspoon of iodine – consumed regularly in minute amounts for a lifetime – prevents iodine deficiency disorders. Salt iodization is the most logical and effective solution to these problems because iodine is then consumed gradually and is safe, viable, and inexpensive.

Daily iodine requirements are expressed in micrograms. The recommendation of the World Health Organization is maintained from 150 to 300 micrograms per day. Children have lower values. An adult has a daily of 150 to 200 micrograms. Pregnant and lactating women need more. Three slices of bread provide an average of 90 grams of iodine. A teaspoon of salt still offers 100 micrograms of iodine.

2 – Foods Rich in Iodine for Prevention of Iodine Deficiency

Iodine is present in most soils and is naturally absorbed by plants. Iodine is mainly in food where iodine is added. Rare in the natural environment, iodine is mainly of marine origin. The main sources of iodine come from seafood. These include seaweed, seafood, fish, and whole gray sea salt, shrimp, and cod, which are particularly rich in iodine. Other dietary sources of iodine include dairy products (milk and yogurt), fruits and vegetables, legumes, some nuts. By eating a diet rich in raw fruits and vegetables and low in meat and industrial products, you won’t suffer because of iodine deficiency.

Iodine Deficiency in the World

According to the latest World Health Organization estimates, more than 2 billion people are at risk of iodine deficiency, one-third of the world’s population and 54 out of 197 countries in an alarming situation. Developed countries, despite programs to limit this condition, are also exposed. In Europe, it affects one hundred and fifty million subjects, particularly in Bulgaria, Spain, Italy, Portugal, and Romania.

In many parts of Asia, Africa, and Latin America, IDDs cause mental retardation and prevent children from developing psychologically as their initial potential would allow. TCI is also associated with more frequent miscarriages, higher stillbirth, deafness, and various congenital anomalies, including neurological abnormalities.

The Most Common Iodine Deficiency Is In Remote Mountainous Areas

Populations most at risk of iodine deficiency live in remote mountainous areas that lack the iodine-containing foods of sea-fish and algae and infrequently flooded areas where the soil is private micronutrients.

Iodine deficiency is the leading cause of brain damage in childhood. In adults, it affects productivity and the ability to find a job. It can result in a loss of 15 IQ points, and nearly 50 million people suffer from varying degrees of injury from this problem.

In many populations, especially in industrialized countries and among the most affluent people everywhere, the food consumed is not exclusively local. They, therefore, have varied iodine levels and contribute to a sufficient final intake. For example, populations living in the Rocky Mountains, where goiter was endemic, no longer consume only local foods. They can eat bread made from wheat harvested in the plains of the central United States, rice from Thailand, vegetables from California or Mexico, seafood from the Atlantic coast, etc. Similarly, in La Paz, Bolivia, wealthy people consume all kinds of foods that do not come from the Altiplano and contain enough iodine. On the other hand, poor people in the same area consume only local foods and still have goiters.

Because of these adverse effects on brain development, the Fifty-eighth World Health Assembly had adopted a resolution calling on the international community, including WHO and UNICEF, to redouble their efforts to combat iodine deficiency in the 54 most-affected countries.

The action must include:

– A resolute commitment of the public health authorities

– Effective collaboration between all involved partners, including the salt industry

– A good control system to ensure that salt is properly iodized

– National legislation on iodized salt and measures to enforce it.