Why Is Christianity Declining Around the World

So Where and Why Is Christianity Declining?

It grows in eastern India, on some Indonesian islands, in Vietnam, in the hidden corners of China, and central Africa. But it disappears mainly in the Middle East, where it was born. In the chapter Decline of the Christian Middle East, the German priest Andreas Knapp writes to us in the book The Last Christians, which talks about the situation in Syria in particular. “Syrian churches have bled to death: demographically because of Muslim marriage rules, monetarily because they drank their blood with head taxes; and increasingly with bloody massacres in the literal sense of the word.” A few Christian politicians (Putin and Trump among them) have stepped in to defend Middle Eastern Christians, most of them looking the other way. Unless there is a stronger reaction from our brothers and sisters in the West, the present-day Middle Eastern Christians may, in fact, be the ‘last Christians.’ The Church can disappear there.

The Main Culprit for Christianity’s Declining Is Silent Apostasy 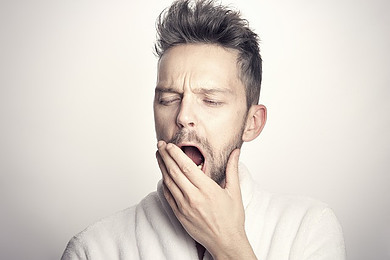 But how can our brothers and sisters from the West help our brothers and sisters from the East if they themselves are slowly disappearing? However, they do not disappear due to forced marriage contracts, unjust religious taxes, and open massacres. They are disappearing due to ‘silent apostasy,’ a silent personal falling away from the faith. In 2013, during a lecture in Trieste, Cardinal Robert Sarah said the following: “Even among baptized disciples of Christ, a kind of silent apostasy is taking place today, which is the rejection of God and the Christian faith in politics, economics, ethics, and morality, as well as in Western postmodernism culture.” In other words, we Christians ourselves began to do politics as if there were no God, to go about the economy as if there is no God, make moral decisions as if there were no God, and adopt cultural patterns of thinking as if there is no God. In the end, it happened to us that God really wasn’t there anymore – in our hearts, as it were.

What Will Happen to the European Church?

The decline of Christianity in the lands of the old Christian tradition is the biggest news of the last thousand years. But few realize what all this news means. We are on the verge of a thousand-year change in thinking, feeling, and action, and thus on the verge of a great transformation of our civilization into something that will be called post-Christianity. Many Muslims imagine post-Christian Europe as Islamic Europe. Atheist activism of all colors and varieties, supported by the money of big capital, which wants uniformed humanity, imagines post-Christian Europe as a melting pot of identities and cultures. It would suit both of them if the Church – Catholic, Orthodox, Evangelical – disappeared.
And indeed! What will happen to the European Church? Will it disappear? Will it disappear, as Diocletian once wanted it to disappear? Will what is happening to the Church in the Middle East happen to her in the coming centuries?

Only We Can Stop Christianity From Declining

We have the answer to these questions. It is not given to us by Islam, atheistic activism of all colors and varieties, or narrow-mindedness and two-faced politics. We Christians give ourselves the answer. Our basic problem, which heralds the disappearance of the Church, is our silent apostasy. Only we can stop this apostate type – starting with each of us. What is our weakest point today should become our opportunity to stop spiritual erosion and re-emerge the Gospel on European soil.