When Is Divorce Inevitable?

In this article, we will answer the question when is divorce inevitable? How divorce was understood in the past and how we understand it today.

Our grandparents, who grew up during World War I or World War II, did not yet know divorce. They knew very well the poverty, hunger, and all the cruelties that war brings, but they didn’t know divorce, or very, very rarely. Families held together, and they fought to keep the family together, regardless of the quality of relationships within it. For them, the family was holy, unshakable, untouchable. In the 60s and 70s, with hippies, with peace and with freedom in all areas, but above all, liberty in love, divorce also became a more common decision.

Divorce Is Always Excruciating and Challenging 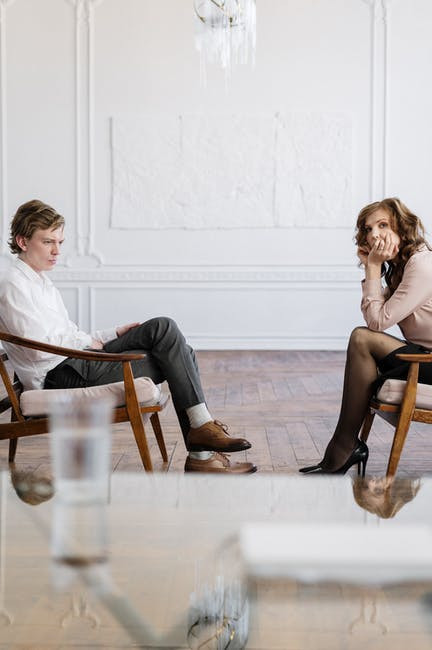 Society has also condemned divorce less and less over time as something outrageous or morally contentious. Today, however, almost no one associates divorce with the morals of society. Even though divorce is a common occurrence in society, it is always excruciating and challenging for all family members.

Divorce is a tragedy for every family, although it is often the best or even necessary decision of the spouses. Today, every third married couple is divorcing. In some parts of the world, some spouses celebrate their divorce just as they celebrated marriage. However, divorce always leaves an indelible wound in every member of the family that accompanies him throughout his life. So it would be good to know when divorce is really the right decision. Is that even possible? Can we know when it’s time for a divorce? I will try to answer this question in the following lines.

When Is Divorce Inevitable? When Living Together Brings More Harm Than Good

There are marital relationships where divorce makes sense because living together brings more harm than good to all family members. This is a situation where divorce is necessary because at least one, and in most cases, both partners, has closed their hearts so that the spouse does not see a solution. When the heart is closed, there is no more room for compromise, understanding, compassion. The spouses then look for reasons to leave, mainly in quarrels, anger, hatred, and contempt. When one of the spouses is unable to face himself or herself, that is, he cannot and does not want to shed light on his mistakes, he does not want to seek professional help, he cannot stop arguing, insulting or causing other problems, in this case, the marriage it often ends in divorce. This is understandable, especially when the other spouse has the feeling that he has tried just about everything and yet only encountered rejection.

When Is Divorce Inevitable?

There are situations in which a person feels that he simply can no longer stand it, that the problems are beyond his power because he feels so rejected and neglected that he no longer believes in a positive solution. When one begins to question whether this law still makes sense at all, or whether it would be better to end it, the decision to divorce is not yet ripe. However, the question is often asked whether it would not be appropriate to separate from a partner for a while. This could be called “temporary separation.” This can be an opportunity for both spouses to breathe and gather strength. They make the best use of the period of separated life to find peace in themselves, to seek professional help, and to process problems in marriage with the help of an expert. It is very dangerous to look for the strength and support you have missed or lost in a previous relationship in a new relationship. It is never good to start a new relationship until things are clarified and clear. The spouses are still strongly attached to each other, even if this is currently expressed in unpleasant feelings or even violence. It is for this reason that neither spouse in the divorce period can wholeheartedly indulge in a new relationship. Therefore, the spouses should use the period of temporary separation to find out what went wrong in the relationship. If one of the spouses is convinced that this partner is really wrong for him, let him find out why. If he finds many mistakes in his partner and few in himself, it is necessary to answer the question of why he chose this particular man as his life partner. Or rather, how come he didn’t see the warning signs and what that has to do with his childhood. What was going on in his youth to choose such a partner? By finding the answer to this question, everyone can resolve many blockages within themselves and come to fresh insights about themselves. With a partner who attracted us and we were in love with him, we can learn a lot about ourselves. It also helps if they try to find out what they are similar in, or what qualities one spouse lives openly and the other conceals these same qualities. It also matters what the people around them were like as children. Maybe someone behaved quite similarly to how the partner is behaving now. Or the parents of one partner or even both had a similar marriage, which makes them not know anything else at all, and so they chose such a partnership.

We Have to Answer Several Questions

All of these and many other issues should answer the spouses during the decision-making period in the goal to continue the relationship or to divorce. The answers to these questions allow them to learn important things, to think about them, and thus approach each other in a completely different, new way. Namely, when they become aware, and their partner’s complication becomes understandable, their relationship can also be resolved. Nevertheless, this can mean clarifying the final decision to divorce or the decision to build a new relationship that is much better than the previous one.
In most cases, spouses who decide to divorce do not know for sure whether divorce is the “right” decision. The question always arises if they will ever regret this decision in their lives. This is often true. Except in cases where one of the spouses is completely emotionally numb from the disappointments and from the pain he suffered in the marriage. This is when they no longer feel for his partner, no love and no hate, no attraction, and no resistance; then you could say that the decision to divorce is the right one. After all, there are many marriages that, despite emotional numbness, persist in a relationship for security and attachment. This is neither good nor bad. Certainly, such an attitude cannot develop and make them happier and happier. Perhaps it would be even easier to compare it to a habit. The meaning of marriage is that spouses become more and more close and compassionate friends who can always tell each other everything vulnerable. When the word dies, and they have nothing more to say to each other, it is definitely time to seek professional help to resolve the marital crisis that will help them articulate and crystallize their wounds and decide how to proceed.

As a conclusion on “When Is Divorce Inevitable?”

The very process of divorce, or the very question of divorce, puts us in a position where we are forced to face ourselves. It means exploring my limits of what I can endure and what I can’t. Or rather, what this difficult situation I find myself in tells me and what I can learn about myself from it all. The key question is whether the partner will hear me in my distress, or I can hear him in his. Above all, I must be able to live peacefully and fully with the decision I make.

If you are in the process of thinking about divorce then I recommend the following book.

Instead of thinking about when is divorce inevitable rather save your marriage. For this purpose read the next book.