What Is the True Story Behind Valentine’s Day?

Nobody knows the true connection between St. Valentine and the holiday of love. So, what is the true story behind valentine’s Day?

Valentine’s Day is known among people primarily as the holiday of lovers. In a broader sense, with all those who are in any way connected with the expression of love and friendship. It originated in England, from where it spread mainly to America, where it became thoroughly commercialized and returned to the old continent, occupying it primarily on the trade side.

What Is the True Story Behind Valentine’s Day? 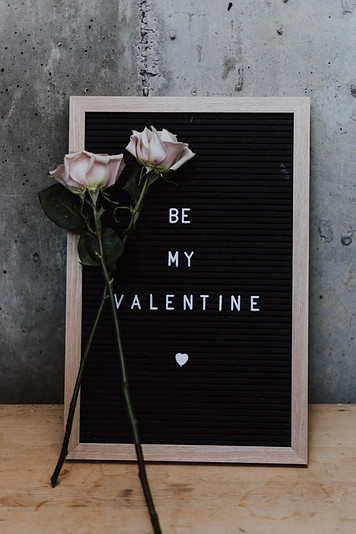 All that is known about Valentine is that he lived in the 3rd century, was a priest, and that around 270, he suffered a martyr’s death. However, the Roman authorities persecuted Christianity from the first three centuries, so many martyrs who died due to professing the Christian faith originated from this time. Thus Valentin was “only” one of the multitudes of Christian martyrs. All the other stories that are supposed to be connected with his life are legendary and have no historical basis.

Valentine’s Day Was “Coined” by the English

Valentin is very famous in England, where he has been the protector of lovers and good friends for centuries. On this day, more than five hundred years ago, young people, in particular, exchanged letters and postcards, as well as gifts, which they called “valentines.” The custom also spread to the rest of the Anglo-Saxon world and then to some other European countries, especially those famous for sweets. Such is Italy, for example.

It’s hard to explain why there’s a connection between Valentine and heart matters. Legend believes Valentine was killed because he opposed a Roman ordinance forbidding young men from marrying before military service. Soldiers and their families have fallen into poverty. Valentine took care of the young Christian couples’ weddings, which Aurelius Claudius Gothicus, an opponent of Christianity, strongly opposed. According to other notions, young men are supposed to avoid military skirts in this way. Valentina is said to have been beaten and burned by the emperor.

The legend of the girl whom Valentin is supposed to restore eyesight has added to the English world. According to legend, she was the daughter of his guard, and he fell in love with her. When she started to see, her entire family converted to Christianity. Because he wrote songs for her from prison, this led to people’s custom of writing songs for Valentine’s Day.

Today’s Celebration Is Reminiscent of a Pagan Cult of Sexuality

Americans say that Valentine’s Day has become a day of love because on this day, in addition to birds, rabbits also “marry.” This belief is already very reminiscent of the cult of sexuality, as the rabbit, as a symbol of fertility, also symbolizes sexual success. This, in turn, is reminiscent of old pagan customs where the cult of sexuality was worshiped. From the Bible, the most famous is the cult of Baal, to which the Israelites have repeatedly succumbed as an elected people.

The background of Valentine’s Day is nothing but the aggression of traders, which people more or less fall for. Artificially shaped public opinion dictates that this Day should be wasted. Other holidays have also drowned in the “sea of ​​consumerism.” According to the commercial mindset, the essence of the holidays is a waste of money in exchange for the favor of those to whom gifts are to be given.

The ingenuity of retailers can be seen by the fact that Valentine’s Day is just when people are recovering as much financially as possible after Christmas and New Year’s spending. In order not to have a surplus in wallets, it is necessary to spend money. Valentine’s Day is just the right time for this. On the other hand, this Day is, in many places, an introduction to carnival celebrations, where traders set up their “basket” again.

The Essence of Love Is in Giving to (s) Someone

So the essence of love does not come from gifts but from how much we as humans are willing to sacrifice for another. Love is already, e.g., that the wife stays with the husband even though the husband snores heavily every night (or vice versa). However, the excess of love is the willingness to give life for another, not only for those who are close to us but also for those who have nothing to do with us in practical life.

In practice, such love was fully shown by the Son of God, Jesus Christ, when he gave his life for each of us on Good Friday on the cross. However, this fact tells us that the feast of love in the true sense of the word can be Good Friday, when God, through his Son, showed his love to man in the greatest possible way.

People of the consumer era have replaced the concept of “love” with “pleasant pleasure,” which is, e.g., in love. True love demands sacrifice from man, which is in a world where enjoyment comes first actually foreign.

Valentine’s Day is thus one of the holidays that has put on “love” as a label for the goal of the success of traders. However, each of us can make a holiday of love when we really know how to give of ourselves in order to make the world more full of giving love. But we don’t need any money for that, but an open heart.