What Is the Subconscious Mind?

In his quest to know himself, man will go from discovery to discovery. And an equally complex and mysterious discovery imposes itself on man: the subconscious. If today, in the world of thinkers, we have at least clear and precise theories of consciousness and the unconscious; it is not so for the subconscious.

The subconscious is a concept that belongs to several domains. Etymologically, the term means “under the conscience”; it is used and discussed in psychology and philosophy.

I – What Is the Subconscious Mind? 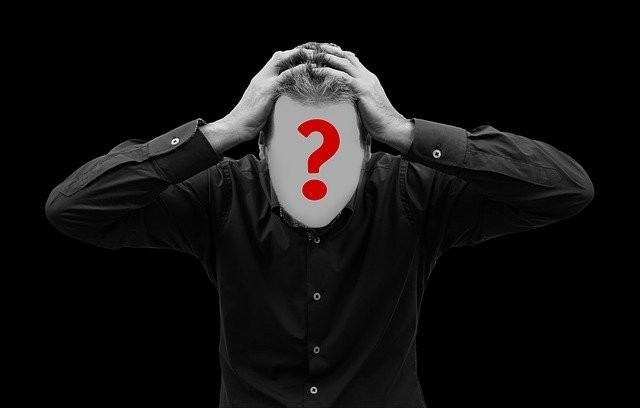 If one is interested in the etymology of the term, it means “under the conscience”.

In psychoanalysis, the subconscious can be defined as anything outside the immediate consciousness, being the part of the forgotten, which tends to return to consciousness and can influence the conduct of man.

In psychology, the subconscious is defined as the set of unconscious phenomena in the margin of consciousness.

The subconscious is a universal memory; it is a plane of consciousness directly influenced by the conscious. Every human being acts because of the impulses, and as the subconscious undergoes all the influences, it can be ordered, or disordered and based solely on illusions or appearances.

The subconscious has a power whose possibilities are unlimited. He remains in constant relationship with the conscious, who commands our body.

We can think of the subconscious as a huge hard drive, where the least of your thoughts, the least of your emotions are stored, and that since your birth. Understand that it stores what is good as well as the “programs” that work against you. And your conscious comes then to draw in these data without realizing it.

The subconscious is neutral, it does not judge you, it does not have the capacities, it simply takes your thoughts, your emotions, good or bad and they store them in its database, then return them.

There is in us an invisible force, a kind of potential energy, waiting to find the favorable circumstances to fully realize itself, it is the subconscious. It transforms into physical realities all the mental images that we have accepted, in a way, law of action and reaction.

II – Location of the Subconscious in the Brain

All that can escape our consciousness and all that it can live, impregnates, imprints itself in our subconscious.

– What Is the Conscious?

The conscious is the first level of consciousness. It encompasses his perception through the five senses, the memories, and the theoretical-practical knowledge accumulated over the years on him and his environment. The conscious makes it possible to perceive reality, to judge, to think, and to decide daily. This is the normal state in which we live.

– What Is the Unconscious?

It encompasses everything that is not conscious and that is part of innate automatisms. The unconscious is out of conscious perception but in the memory of the subject. It has an impact on the thoughts and actions of the individual. We find in the unconscious automatisms:

* Automatism of the body: walking, heartbeat, blood circulation, growth of the body, breathing, physical reaction to an external stimulus (example: I immediately withdraw my hand if it burns), instinctive impulses …

– What Is the Subconscious Mind?

The subconscious – also called the “second unconscious” – encompasses everything that is not conscious and that is acquired, that is, what was once conscious and now just under the consciousness in the form of a reflex:

* Fears (example: I do not get too close to the oven because I burned myself as a child and since I am apprehensive)

IV – Role and Importance of the Subconscious

The subconscious makes the connection between the soul and reality through energy. All information is stored as images and light codes. It is not about the sunlight, but the light of the soul. Whether it is pure or not according to moral criteria, absolutely nothing. The important thing is Intensity. Intensity is directly the result of energetic power. This Power is built by the inner look that we give ourselves (the inner support) and the respect we receive from others.

The unconscious is the place of storage of the things we “notice” and which we store in the cupboards of our library, in case they become useful to us. In the first sleep or moments of rest, the unconscious sends us back ideas, images, immediate memories and stimulates creativity by reincorporating to the consciousness of things recently recorded. If these things are not held by consciousness, they will be archived in the subconscious.

The subconscious is not the unconscious, it’s below, it’s a fine sieve that stores the memories that help us know who we are, it’s the place to record the great moments of our energy history: strong emotions, formative thoughts, intentions, and dreams that support our path of action. Around these structures is formed our “inner body” and the inner image that our aura reflects the outside. It is from this intimate image that people capture “who we are” and on that basis that human relationships are established. The relationships of domination and energetic submission that we encounter in our lives in the form of positive or negative situations, opportunities rely on the intuitive perception of the inner image that we have of each other – out of the ordinary field of consciousness –

V – The Functioning of the Subconscious, According to Carol Fortin, Certified Hypnotherapist.

The following basic principles about how the subconscious works are:

2. The subconscious has a relentless logic (like a computer). It accepts indifferently any suggestion or program and implements them blindly. If we sow in the subconscious of the positive, we collect positive

3. The subconscious is reactive. He reacts blindly to the impulse, to the order dictated to him. He does not reason. It is unfit to take into account all desirable nuances (what the conscious does) to decode a message. He accepts a whole idea, whether true or false. The programs in which it works come from:

– the subject himself (the Conscious);

– others (parents, educators, society in general).

4. No program, even the most deeply rooted one, is irreversible. First, you must deprogram, then reprogram the subconscious.

5. The subconscious is subject to the law of causality, as the whole of our physical world. Every thought is a cause whose effect is manifested externally. At the source of all action, there is first the idea.

6. As soon as an idea is accepted by the subconscious, it begins to implement it.

7. Words have a very powerful power over the subconscious, the words we are told, and our own inner monologue. The subconscious is, at this level, a prodigious amplifier. He takes the words literally (literally).

9. The subconscious of a person knows exactly what is good for her. He knows the answer to his needs. The subconscious is a huge reservoir of resources and creativity. However, he needs the order to act, clear demands.

10. The subconscious is particularly sensitive to the language of emotion.