What Is the Number of Angels (Angels in Christianity)

Even at mass, we hear the statement “a multitude of angels” every time. This makes us think that there is a considerable number of angels. We meet angels practically everywhere. There is hardly a church in which there are not at least a dozen angels in pictures and in the form of various statues (usually, there are many of them, if we pay attention).

What the Bible Says About the Number of Angels 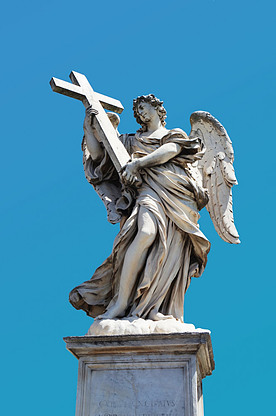 All this gives us a strong feeling that the number of angels is large. And it’s true. Since time immemorial, there has been a unified belief that there are many angels. The Church also defends this belief, as the Bible itself tells us about it in several places. Let’s look at some passages that use large numbers for angels:

Elsewhere, the Bible even directly says that it is about countless multitudes, such as the example from the book of the prophet Jeremiah:

There are quite a few more such and similar places in the Bible that indicate many angels. And because of this, Christians have always imagined heaven with many angels. This number is so huge that we cannot even count them.

What Do Prominent Theologians Say?

Thus, for various reasons and in multiple contexts, theologians also agreed on the innumerability of angels.