There Are Many Theories About the Origin of Life

There are many theories about the origin of life. But what is the right one? Will we ever find out? You have to know that even the smallest form of life is more complex than anything man has created.

Some Facts About the Origin of Life 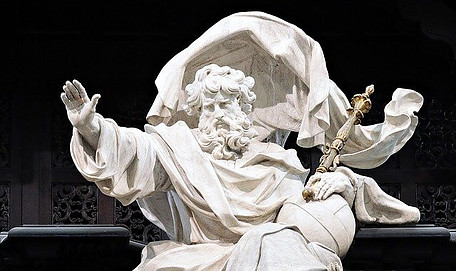 Let’s look at some facts about the origin of life that will show you that life is much more complex than you can imagine. The protein contains 50 to 10,000 amino acids arranged in the correct order. The possibility of the random formation of a simple protein of only 50 amino acids is 1: 1065 (65 zeros behind one!), And only one combination is correct. This is practically impossible, and each cell contains 1014 proteins! A simple gene in a cell contains about 400 amino acids arranged in a specific order. What is the probability that the gene will be created by chance? It’s like a monkey sitting at a typewriter and trying to type a combination of 400 letters. The probability is 1: 10130, but even for such a small probability, a living being – a monkey – is needed. The machine itself would never type it on its own. The probability that the whole person is created by chance is less than if the monkey accidentally typed all the books in the library on a typewriter.

Can It Be an Intelligent Creator Behind the Origin of Life?

The DNA in a cell contains information like 1000 books of 600 pages each. Each cell contains 2000 trillion molecules, and a molecule is a group of atoms. One fertilized egg includes complete information for building a whole human being. And how many cells does the entire person contain! Is it worth risking one’s life for a tiny probability of the accidental occurrence of life when there is a reasonable alternative – an intelligent Creator?

Life Can Only Come From Pre-Existing Life

How could a cell be formed by chance that needs a reproductive system, a digestive system, an immune system, a respiratory system at the same time, without which it would not be able to live or produce offspring? If a digestive system were created by chance, how could a cell breathe without a respiratory system, how could it produce offspring without a reproductive system? Organ systems could not arise one by one, but all at once.
If life arose abiogenously (from inanimate matter), why is it not happening today? Because life can only come from pre-existing life, as Louis Pasteur proved.

Today, atheists generally avoid questions about how the matter came into being and how life came into being. They create dogmas that have not been proven, and it is forbidden to say that they may not be true. Instead of science, philosophy is offered that contains logical errors. The motto of one arrogant atheist is: “God knows everything, but I know even more.” People today are only interested in how to use this day for themselves to eat and drink and reproduce. This way of life is characteristic for amoebas, but a reasonable, spiritual person deserves better and more.

Could Be Frog Turn Into a Prince?

When we were little, they told us a fairy tale in which a frog turned into a prince (man). Only a child’s mind could believe in that fairy tale. Ten years later, the teachers at school convinced us that a frog could still turn into a prince, only after billions of years. Many people still believe in this fairy tale for adults.
The logic that man has as a gift from the Creator says that there is only one being in the universe that creates life: God. Creatures transmit the spark of life we have received from God, but only God is able to revive what is dead.

I also recommend the next well wrote and highly readable book for anyone interested in this issue. This book provides a solution to life’s vital question: why are we as we are, and indeed, why are we here at all?

The Vital Question : Energy, Evolution, and the Origins of Complex Life