The Word Is Among Us for a Reason

Many people are afraid of quarrels. But we have to be aware that the word is among us also for a reason of problem-solving. However, people should be more afraid of silence than disagreements. But do not be scared of the pure silent silence, the silence of thought. Such silence is rich and full. It gives one to shout kind, genuine, weighty words out of him.

Man Is a Creature of the Word 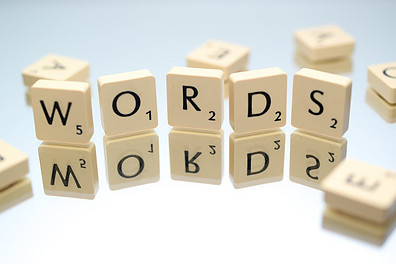 When a word enters between two people when they begin to talk, they also start to come closer to each other, thus creating a relationship between them, the beginning of all humanity. Man is therefore created as a creature of the word. The word for him is like a skeleton, the core, the essence. Only because of the word, the man actually exists. Philosopher Heidegger wrote: “Language is the house of being.”

That is why everything in a human being collapses when he no longer has a word, a pure, sincere, true word, when no one speaks to him as if he is gone, as if he no longer exists when he himself is silent. And there is so much of this empty silence among us today.

We stopped talking, talking, not chatting. We simply gave up the Word; we sold it for the illusion of our own right, for reputation, for virtual peace; we sold the Word and bought the silence of our phones, music, and television, the loud silence in which we were completely lost and dehumanized.

God Comes as the Word, so the Word Is Among Us

However, when “peaceful stillness encompassed everything and the night in its swift course was half spent, Your all-powerful word from heaven’s royal throne leaped into the doomed land” (Wisdom 18:14-15).

The word of truth, goodness, respect and construction was the word that creates and which God sent and always sent among us as we begin to talk, just as powerfully as on the first day when the Light came into being (1 Genesis 1:3).

Christmas is all about this: “The Word dwells among us” (John 1:14) to start talking again. To talk because this means I care, and to listen because it means to accept. To serve the good, the real, and the beautiful in words.

Have your say and tolerate it differently. Find the reasons for the word and the reasons for the silence. Talk about yourself, not others. To meet. Search. Wonder. To think. Letting the word speak may even change you. This is how God comes into the world today. Thus he settles himself among men. Like the Word.

The Book I Recommend for You to Improve Your Communication Skills

Leil Lowndes is an internationally recognized expert in the field of communication, which runs courses and seminars to improve the communication skills of employees of large companies. The book ” How to Talk to Anyone: 92 Little Tricks for Big Success in Relationships” presents 92 tips and techniques for how to connect and chat with people successfully. The manual emphasizes the importance of first impressions, smiles, looks, and greetings. In a fun and straightforward way, it reveals how to get attention in every society, how to share your words and compliments properly, how to act confidently, honestly, and charismatically, and what the small secrets of great winners are. This is a book that takes you to the mastery of communication in just a few steps!

How to Talk to Anyone: 92 Little Tricks for Big Success in Relationships