The True Meaning of the Christmas Story

Christmas was not always a holiday as we know it today. December has been the scene of light-related rituals and celebrations for millennia in many parts of the world. Different cultures and religions have contributed to creating the spirit of Christmas over the crossroads between paganism and Christianity. 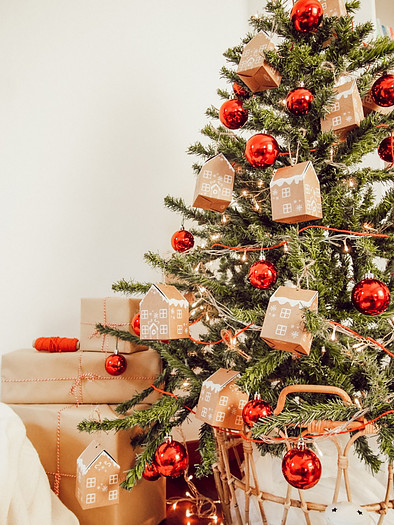 Before Christmas was a Christian holiday, the pagan rite celebrating the winter solstice, his name was Yule, in the Viking language. This was one of the eight important dates that marked the year in Nordic cultures. Each corresponded to an important moment in the cycle of the seasons and caused celebrations. Many of these festivals are still part of our tradition. But we have simply forgotten their origins because newer religions have re-appropriated them.

The sun disappears from November in northern Europe, and darkness sets in for a few weeks. According to the ancestors’ beliefs, on the night from October 31 to November 1, the border between the world of the dead and the world of the living (the ancestor of Halloween) opens. The soul of the sun rises to the sky and will set again only in a few weeks, during the winter solstice, when the days begin to lengthen: this is the rebirth of the sun.

Yule, therefore, takes place on the day of the winter solstice, December 21, in the northern hemisphere. This is the shortest day of the year. The earth’s axis reaches its maximum inclination during the solstice before turning back in the opposite direction. We get to the end of the cycle; we start a new one. On December 21, the sun will be reborn after several sunset months. It is the victory of light over the theme that Christians have taken on with the concept of birth. This rebirth of light was associated with the birth of Jesus. In fact, all Christmas decorations are intended to celebrate light: candles, street lights, bonfires, lit Christmas trees, and so on.

The decorated tree also comes from Nordic cultures. This would reference the world tree in Norse mythology, a sacred tree that rests on earth and rises to the sky. It connects three worlds: the world of gods, people, and darkness anchors its roots in the dark world, while its branches support the sky, representing the transition between gods and people. During the holiday, the sun returns to the earth through this passage (as Santa Claus descends through the fireplace). The star at the top of the tree refers to the North Star, which is part of the constellation Ursa Minor, a constellation unusually reminiscent of Santa’s sleigh.

We have to wait centuries for this tradition to be found in Europe. The first decorated Christmas trees appear in Alsace. Some also attribute to Luther that he decorated the first Christmas tree with candles, symbolizing Christ’s light. In 1933, however, the Vatican declared that the Christmas tree was a pagan custom, not a Christian one.

There Were Saturnalia in Ancient Rome

Saturnalia was celebrated in ancient Rome from December 17 to 25, in honor of the god Saturn. These holidays were also associated with the winter solstice. They ended on December 25, marking the rebirth of the sun. That was seven days of holidays; when they suspended military and judicial activities, they stopped working in the field, and all partook together. The houses were decorated with plants and fir branches, where family and friends gathered and gifted.

These holidays were also a time of social inversion, reminiscent of the fact that under Saturn’s rule, “mortals lived like gods.” For a few days, the masters served their slaves. They determined the king of Saturnalia, short-lived and symbolic power from the people.

In the first centuries of our era, when the Roman Empire began to decline, Sol Invictus appeared, an undefeated sun inspired by figures of Apollo and the god Mithras, an Indo-Iranian god very popular in the Roman army. Emperor Aurelian organized celebrations in his name on December 25 throughout the Roman Empire. They follow the Saturnalia and strive to establish a common cult throughout the empire in order to strengthen the sense of belonging to its various provinces, which remain attached to their cults.

In the 4th century AD, Christians and pagans clashed at the heart of the Roman Empire, threatening its unity. Adherents of Christianity, a completely new religion, have often been persecuted by pagans, but Christians are still growing.

Political power must take urgent action. Emperor Constantine (who was not a Christian, was baptized on his deathbed) opted for artificial reconciliation by coinciding with the religious celebrations of both camps. It combines the memory of the undefeated sun and the birth of Jesus to relieve tension. And the significance of December 25 stems from his decree. This deliberate political action will not be enough to save the Roman Empire but ensured the birth of Jesus on December 25, now on Christmas Day.

From the Vikings to the Romans, the same changed tradition continues. Who said a man has no more memories?

Don’t let this reading spoil your celebration. But you can read more about this topic in the book: Pagan Christmas: The Plants, Spirits, and Rituals at the Origins of Yuletide
By (author) Christian Rätsch , By (author) Claudia Müller-Ebeling
Merry Christmas