The Timeline of Human Evolution

Inability to comprehend vast timescales. To understand the timeline of human evolution. I think this is probably one of the main reasons for the misunderstanding of evolution that there is. You know, the Earth has been around for like billion years. And humans, as we know humans, have been around for less than a million years. And people have no idea how to think about these sorts of time frames. I mean, think about this. If you’re looking at this screen, and this is a billion years, where did humans exist? And the truth is they lived like less than a pixel on this side of the screen. 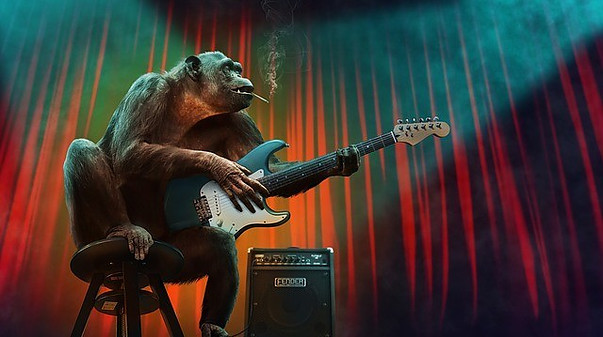 I mean, we are so recent, given the enormous time that has existed. That our universe has existed, that it’s crazy to think about. I think I’ve heard it said by some scientists, that if you stretch your hands entirely out, humans existed on the tip. Humans came into existence at the very tips of your fingertips, at the end of your fingernails.

There’s so Much Time for Evolution to Work

That’s when humans came into being. And it’s such a small percentage of all the time that has passed. So, when we say humans evolved over millions of years, that really is a long time. I mean, there’s so much time for evolution to work and for natural selection to have an effect. But people think like, no; they believe it has to happen in their lifetime. That’s the sort of flaw you see when people say like, “Oh, I’ve never seen a monkey give birth to a human.” I mean, there’s a lot of problems with someone who says that. But, they’re thinking, “Oh, it has to happen immediately,” as we go from one species to another species like that. And that’s because they have a hard time understanding. No, like, we’re only alive for like a blink. But, you know, the time it takes for evolution to happen, we’re talking about several lifetimes and several millions of lifetimes. That’s how long it takes. And when think of it that way, it actually does make sense how evolution could happen like that. But we’re not tuned in to see things that way.

Evolution is the gradual adaptation of populations to the current environment. In the process of evolution, new species are formed. We call this the creation of new species. Each time the emergence of two new species from one increases biotic diversity. The process of the formation of new species explains two: significant differences between the species and similarity among some of them. After one species splits into two, each of them adjusts to a different environment, and the differences between them are accumulating over time. The same applies, of course, to the human species. Of course, we must take account of the timeline of human evolution. To think that man is something more to be a chosen one is, of course, a narcissistic view of himself as a species. How can we think in this way when history teaches us that man is the greatest predator on earth. We aren’t better than other species. We are the worst instance of evolution. This is the truth and don’t be funny and stop thinking that you are God’s children.

Conclusion About the Timeline of Human Evolution

In this article, of course, I will not formulate all the evolutionary theories. I also do not believe that at least one creationist will understand the timeline of human evolution based on this article. You can find other more detailed sources for this purpose. But I want to emphasize that the rejection of evolution by the creationist’s side is ridiculous. First of all, I am disturbed by their manner by which they reject evolution. They merely refuse logical explanations and defend their illogicality. Of course, this closes the door for further discussion. We can not generally deny an evolution that is more than evident—and claiming without evidence that one day God created all the existing species on earth. And this is usually based on a Bible that is in its essence full of contradictions.